Today composer Ed Shearmur took up the baton at the Barbra Streisand Scoring Stage at Sony Picture Studios, recording his score to the upcoming Richard Linklater film, Bad News Bears. A remake of the classic 70’s flick, the film focuses on a foul-mouthed little league coach (Billy Bob Thorton) who tries to turn his team of rowdy younglings (also foul-mouthed) into league champions.

As with the original 1976 film, in which composer Jerry Fielding adapted Bizet’s Carmen to fit the action on screen, Shearmur as well is arranging the classic opera for this new remake. In addition to that, though, he wrote original music to balance against it, using ethnic instruments such as the ocarina, and recorders. 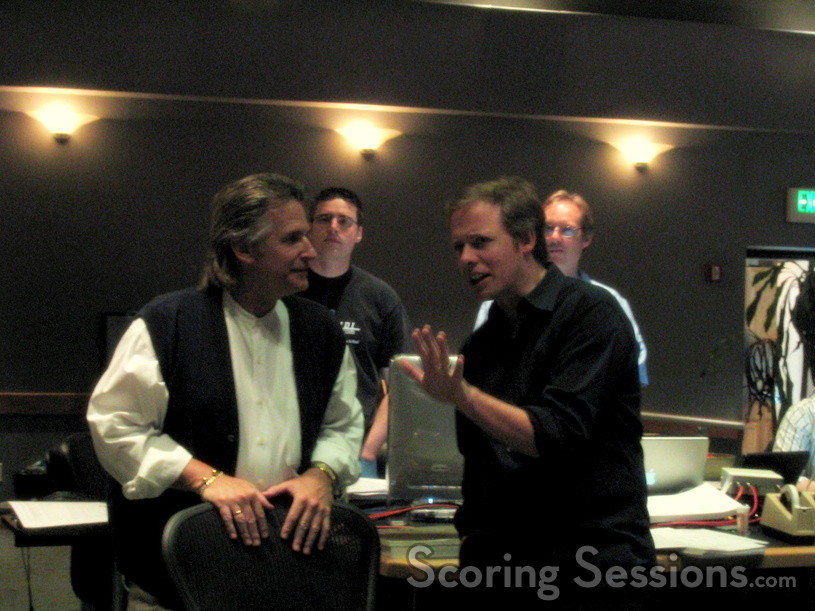 The musicians were conducted by Shearmur, and as is expected with Carmen, it was very light and airy. The fast-paced string work was practiced a few times at a slower pace until it was nailed down, and then when it was recorded, it took a few takes to lock it down at the faster speed. 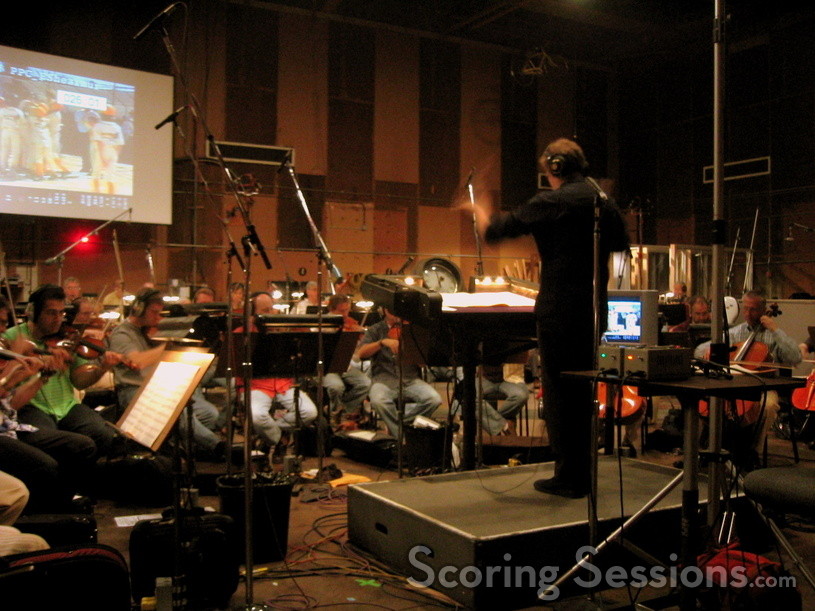 Chris Fogel was helming the mixing board, making sure the 60-piece orchestra sounded as good as possible, while music editor Nic Ratner and orchestrator Jeff Toyne kept an eye on the music.