Composer Brian Tyler was at the Todd-AO scoring stage today to record the orchestral component to his music for the Canadian independent drama, Partition. Taking place in 1947, Partition is about a forbidden love between two people set against the backdrop of India’s independence from the British Empire, and the re-emergence of the conflict with Pakistan. 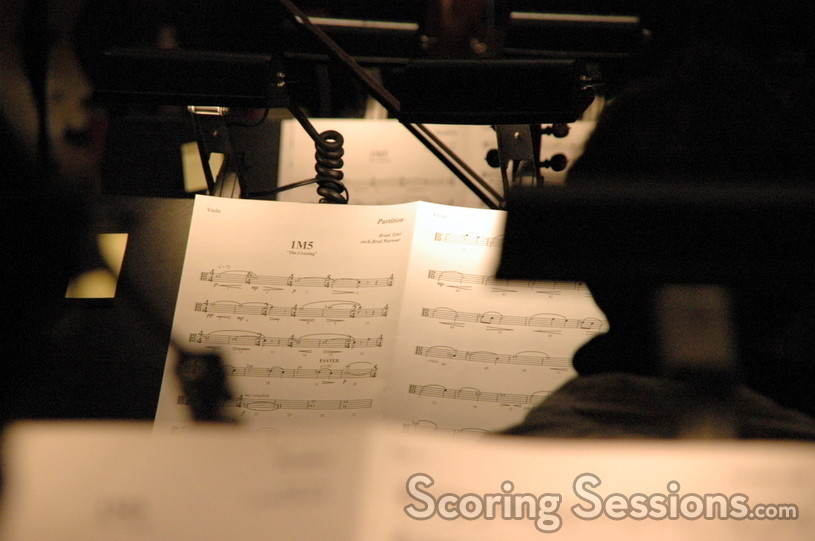 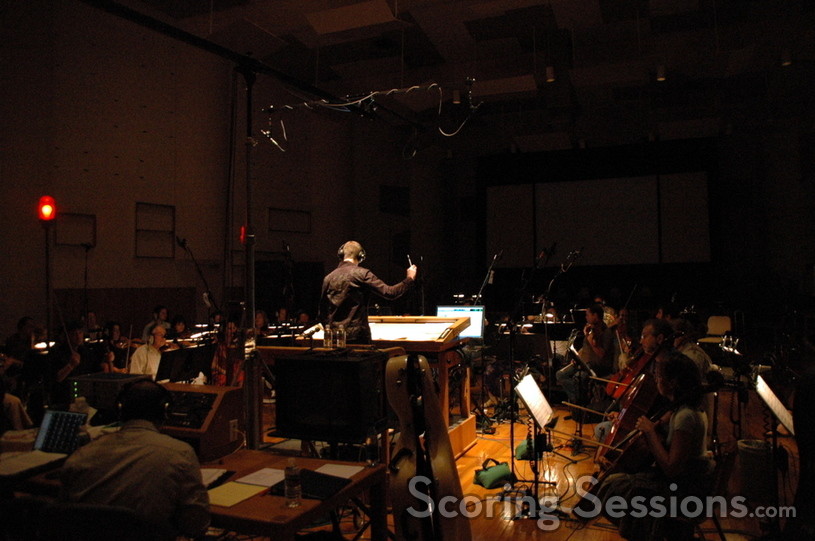 Coming mere weeks after he finished The Fast and the Furious: Tokyo Drift, Tyler couldn’t have asked for a more different score to write. His approach was an "old school" one, with lush thematic strings that evoke the Maurice Jarre scores for David Lean. The 40-piece string section was supplemented with three French horns, and musician Chris Bleth performing woodwinds, including some ethnic instruments such as the bansuri. 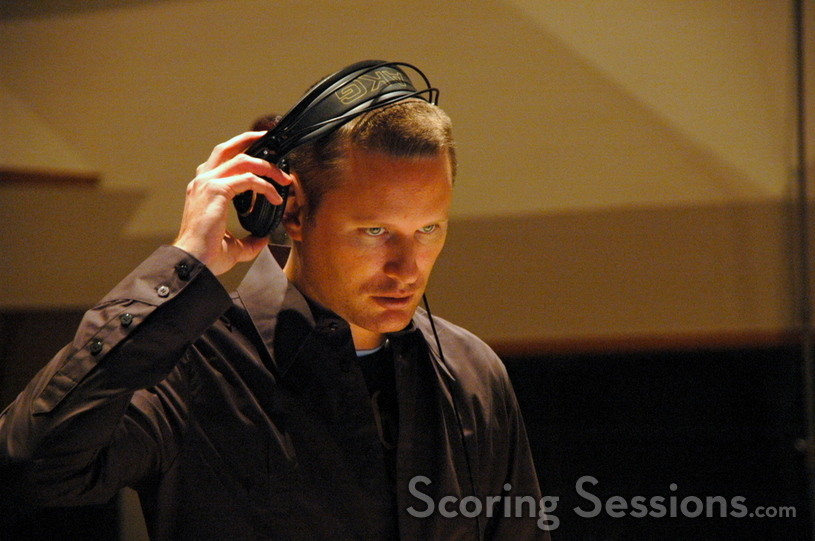 Brian Tyler prepares for a take 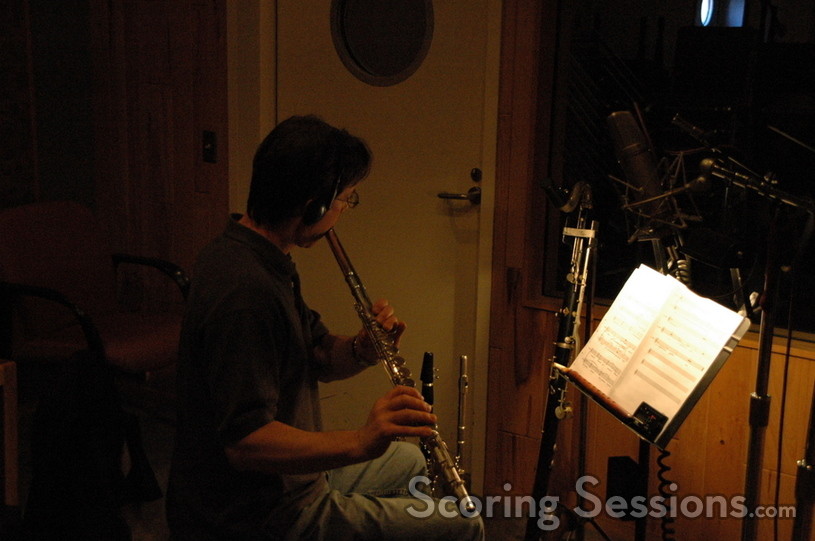 Tyler had recorded some instruments prior to the session, including drums and guitars. Mixing it all together was Stephen Krause, no relation to music editor Gary Krause. Tyler’s other regular team members were there as well, including music editor Joe Lisanti, orchestrators Dana Niu, Brad Warnaar, Andrew Kinney, and his assistant Keith Power. Robert Elhai, who also provided orchestration on the project, was not at the session. 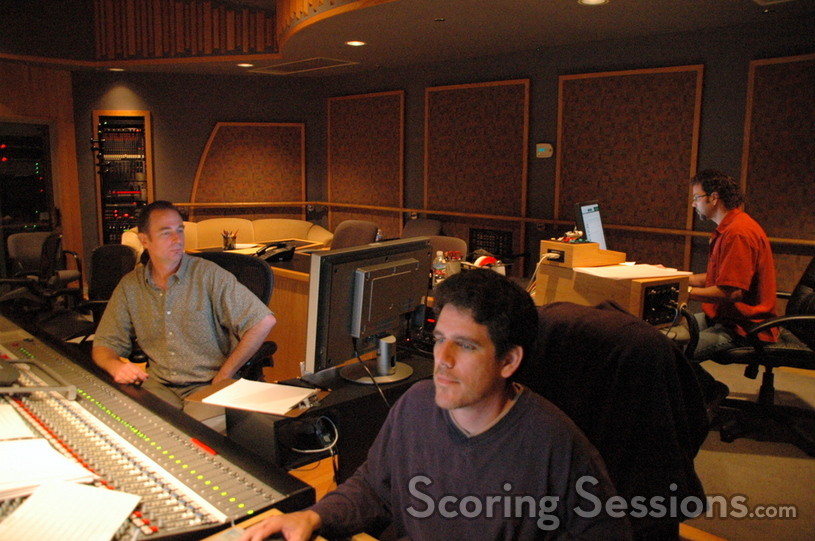 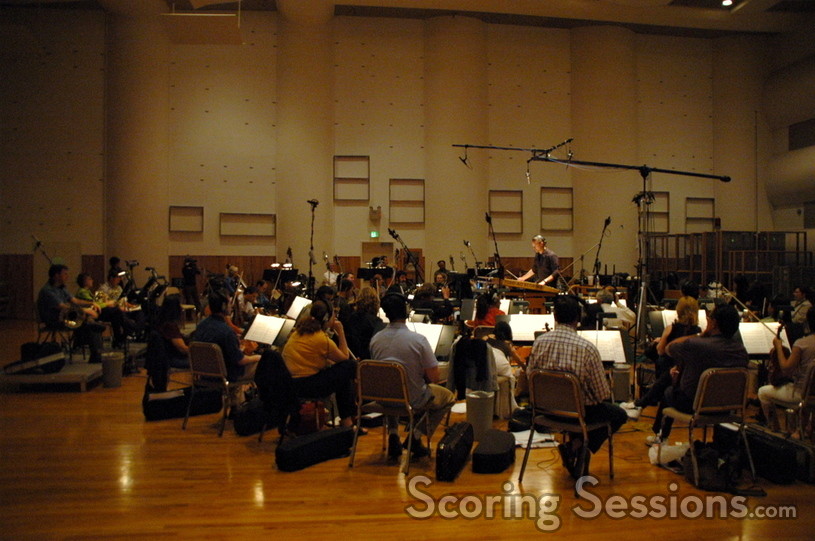 Currently there is no distribution deal set for Partition, and no release date has been set. A soundtrack album is likely to come around the time of the film’s release, probably towards the end of the year.