Last week, up-and-coming composer Jermaine Stegall held a small scoring session at Capitol Records Studio A, in Hollywood. He was recording the score to a new short film, Enigma, written and directed by the Shumway Brothers. The film is a sci-fi mystery about the fate of the crew of the Genesis, who are transporting a military prisoner. 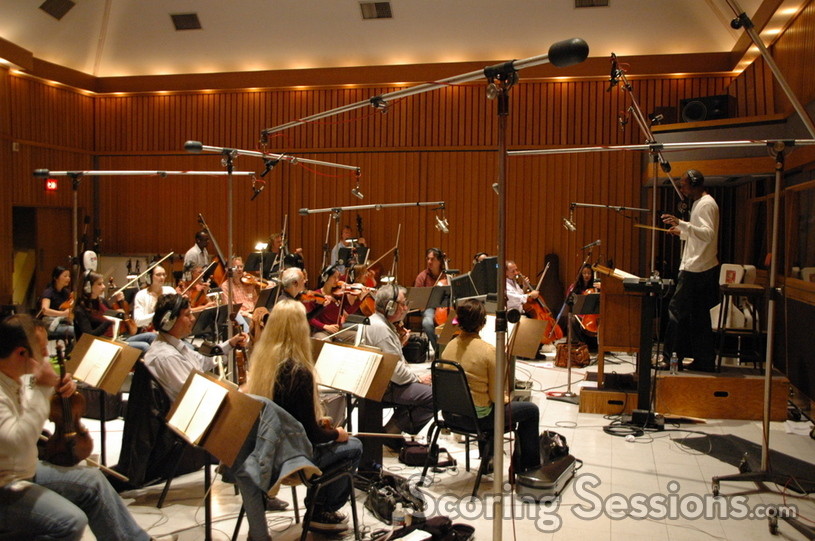 Stegall, who holds a Masters Degree in Composition and attended the Film Scoring program at USC, wrote a tense string-heavy score, that features some rather dissonant aleatoric moments, along with limited ambient pre-records. 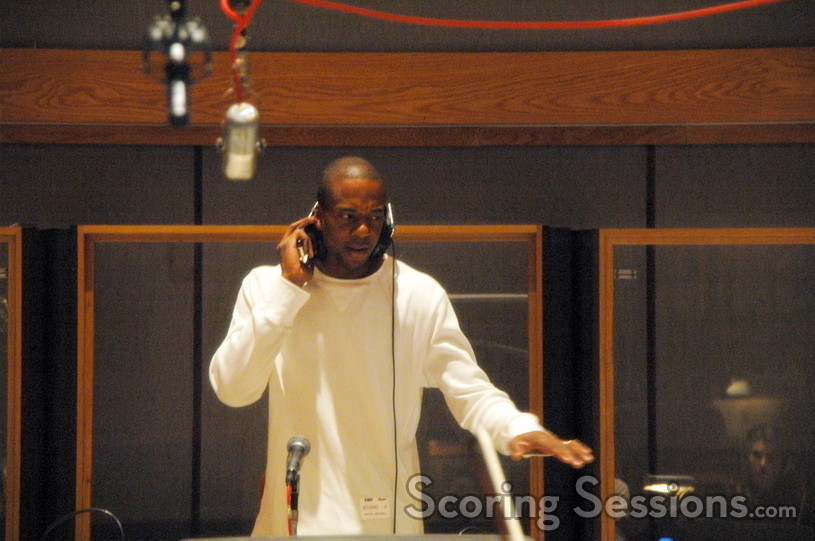 "Jason and I were actually considering going with the synth strings Jermaine was temping with, mainly to save money," explained co-director Matt Shumway. "So the fact that we were able to useunion musicians and come in under budget is due to Jermaine’s skills as a music producer." Indeed, DeCrescent & Rotter Music Contracting was employed to pick the musicians – and Stegall ended up with 23 of LA’s best string players, including concertmaster Endre Granat and lead cellist Stephen Erdody. 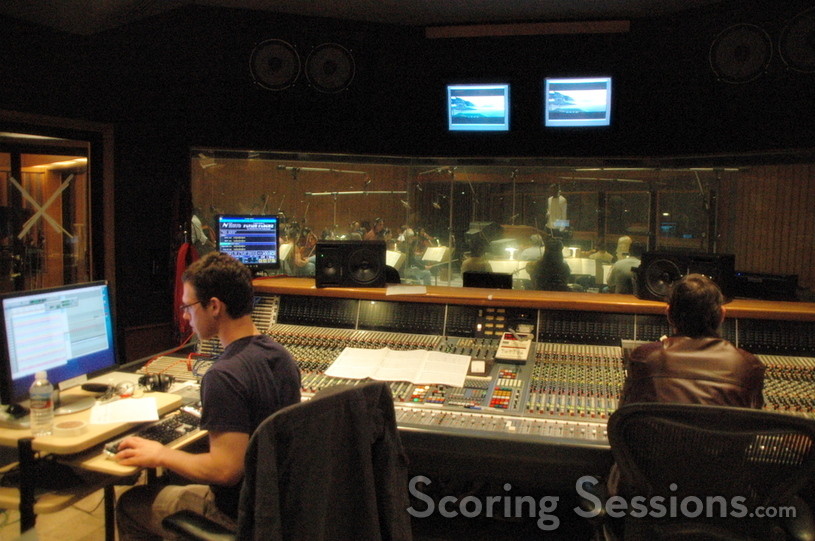 View of the orchestra from the control room

On the other side of the sound-proof glass, in the control room, score mixer Steve Kaplan was recording and mixing the score with the pre-records, as Stegall was assisted by Tim Davies. "[The live players] just took the score to a whole new level," said Shumway. 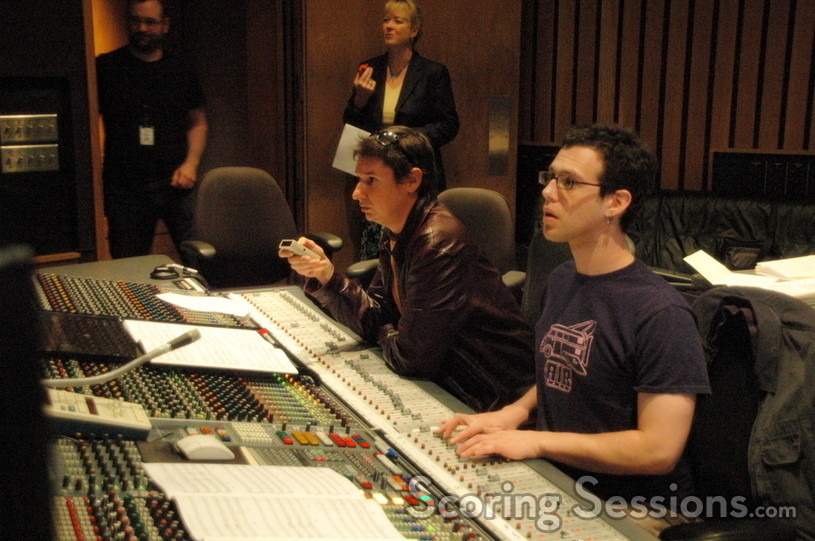 Tim Davies assists from the control room, as Steve Kaplan mixes the score

Recording isn’t completed – soloist Pedro Eustache (Passion of the Christ) will be recorded later this spring. As Enigma requires extensive visual effects, some of which are being done by Rhythm & Hues Studios, the film is expected to be completed later this summer, for a fall premiere. 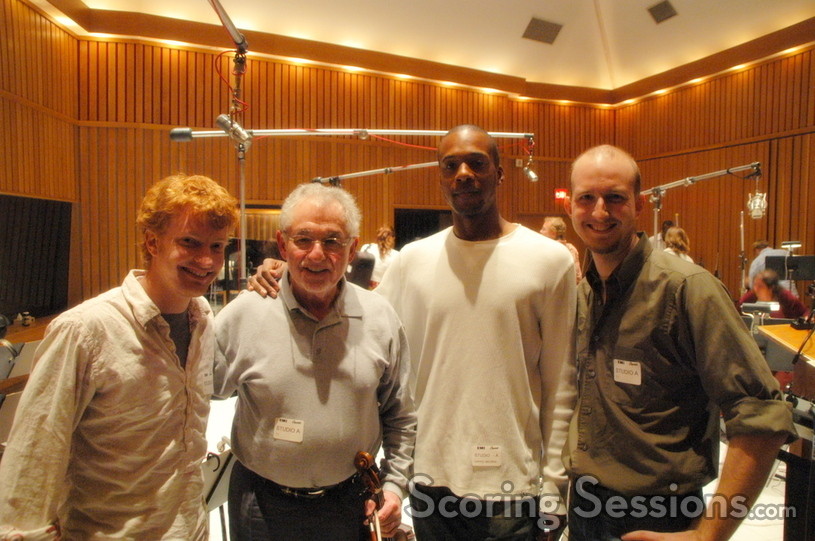