Marc Shaiman scores his own musical, Hairspray, at Todd AO 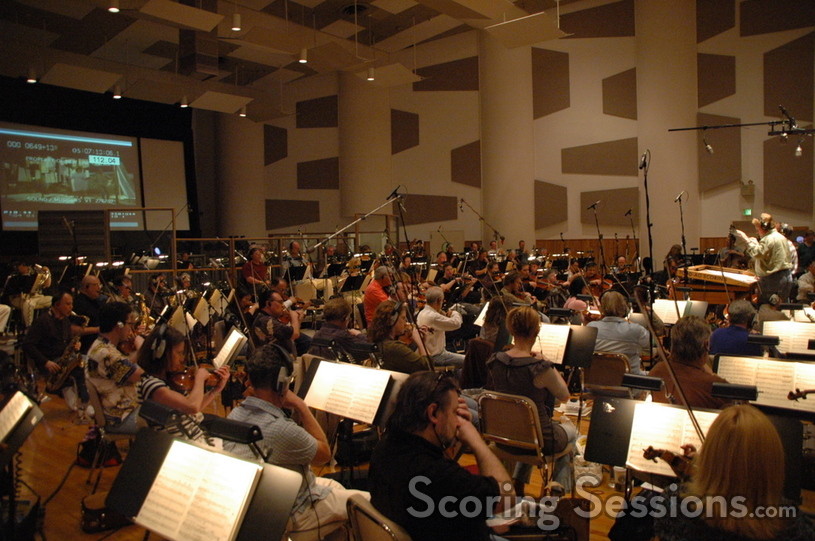 The biggest ensemble used in the scoring sessions was an 83-piece orchestra, taking place at Todd AO, where the music for the energetic musical numbers was recorded. Conducted by Pete Anthony, Shaiman would hang out right next to the podium to give instant feedback to the musicians. 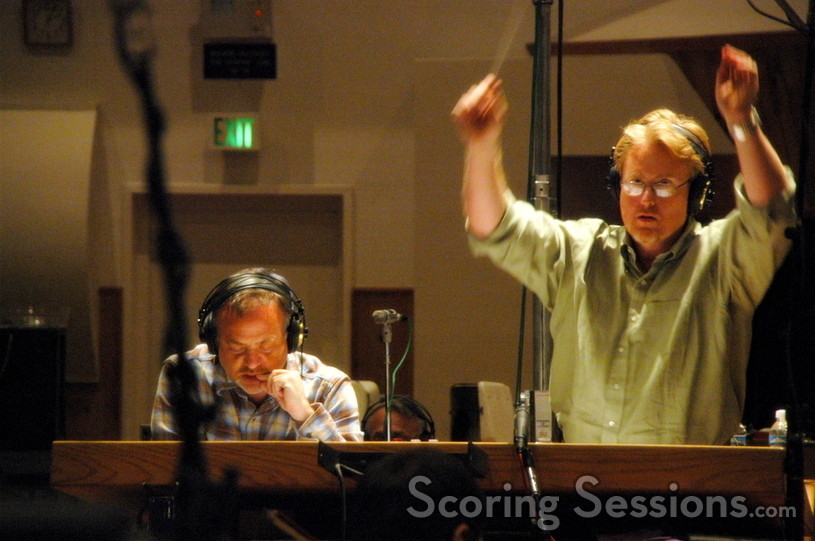 Marc Shaiman and Pete Anthony at the podium 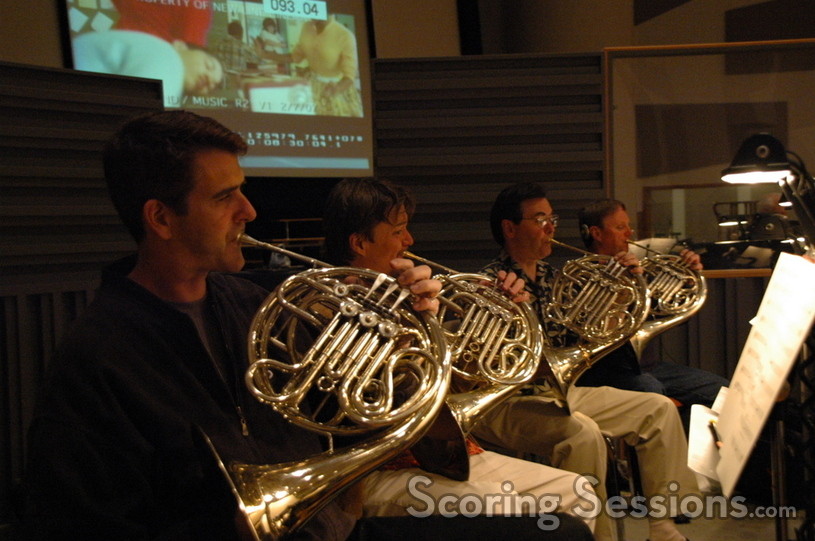 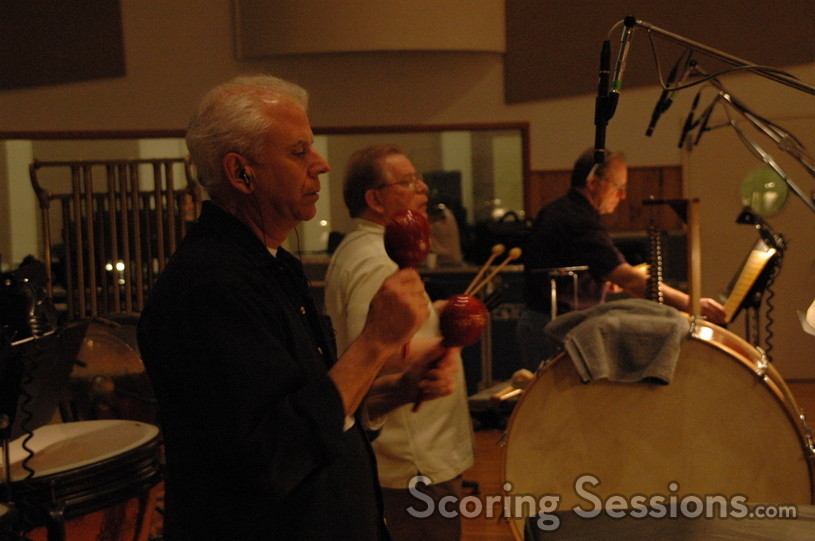 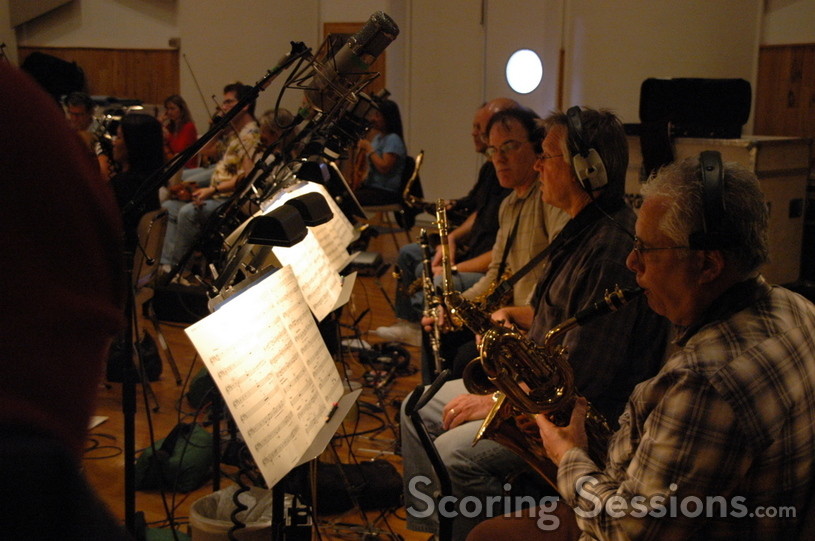 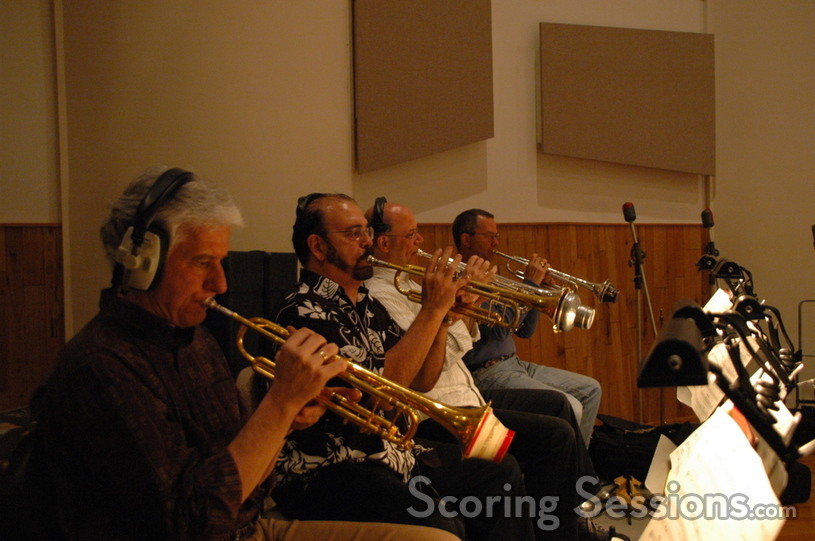 Pre-records included drum-kit, bass, guitars and (of course) the vocals, but an upright bass, harp and piano were separated from the rest of the orchestra for a little more control during the sessions. 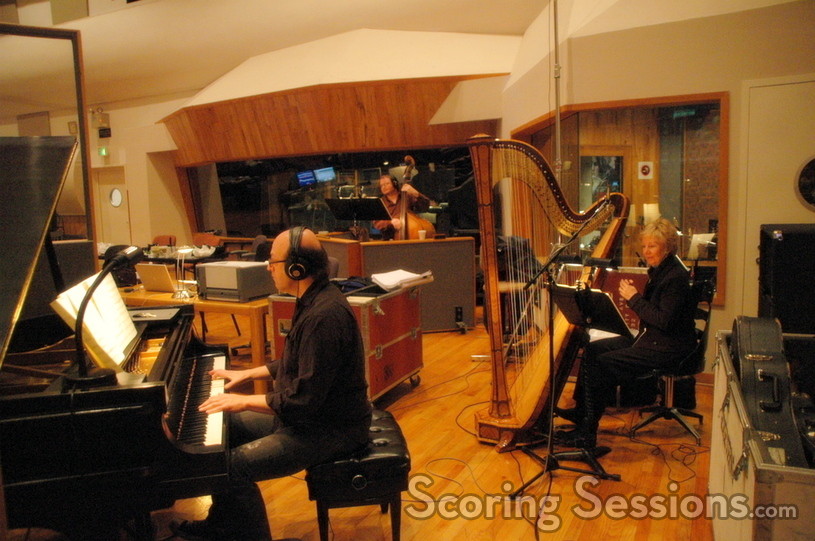 Piano, upright bass and harp were off to the side

Broadway orchestrator Bruce Coughlin assisted a bit at the session, with more orchestration handled by Dan Higgins and Jeff Atmajian. In the booth – where no talking was allowed – director Adam Shankman, music supervisor Matt Sullivan, and score mixer Frank Wolf. 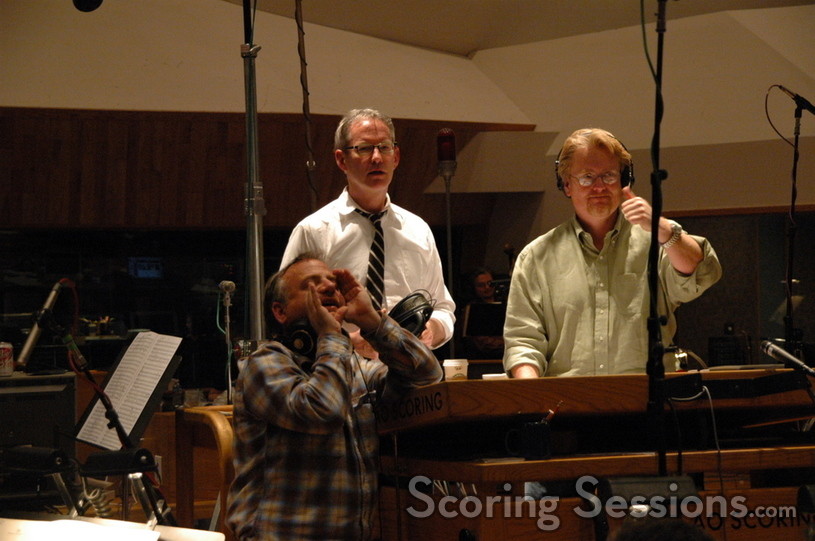 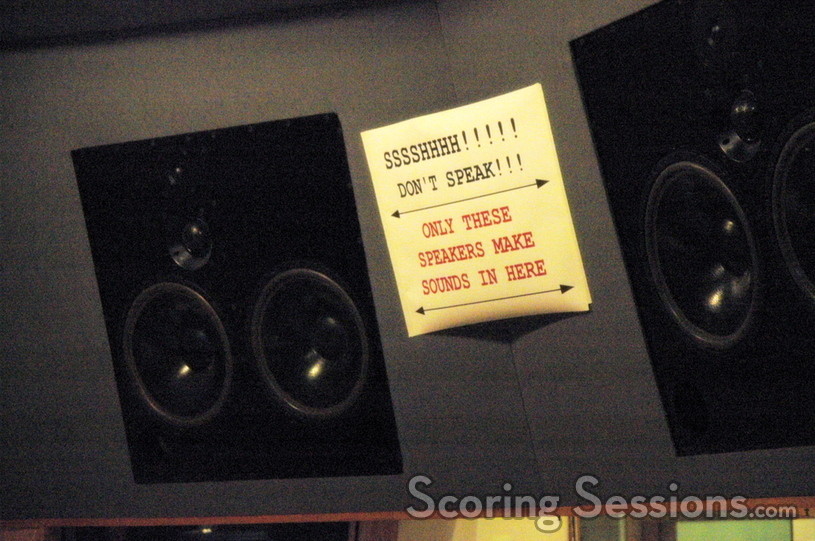 No talking in the booth – at all! 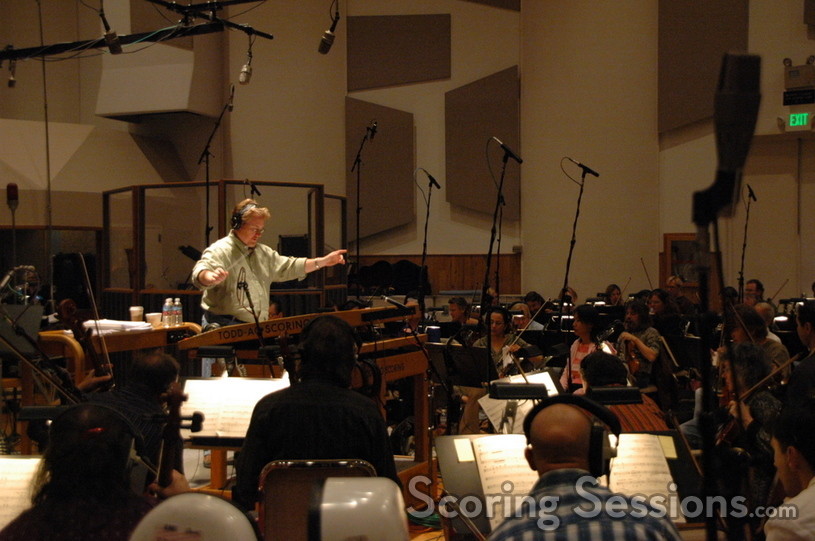 The soundtrack, which will be released by New Line Records on July 10th, and features a new song, “Ladies’ Choice” performed by Zac Efron, a special “Cooties” remix performed by Aimee Allen (produced by Shaiman’s assistant, Lucian Piane), and a new recording of “Mama, I’m A Big Girl Now” sung by the three actresses who have portrayed Tracy: Ricki Lake, Marissa Jaret Winokur, and Nikki Blonsky. 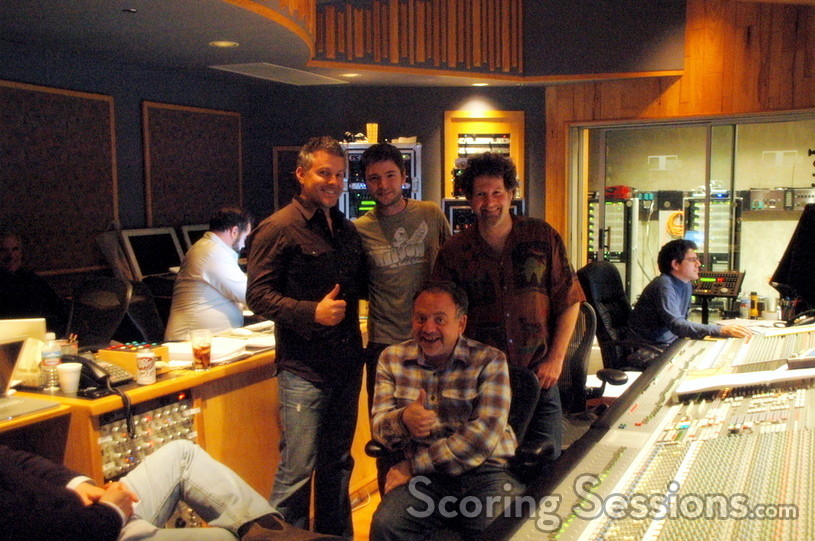 Hairspray will be released by New Line Cinema on July 20th.