Last month, veteran film composer Lalo Schifrin not only celebrated his 75th birthday, but he also took up the baton and recorded the score to his latest feature film, Rush Hour 3. Directed by Brett Ratner, the film reunites Jackie Chan and Chris Tucker as they take on a Chinese Triad in the heart of Paris. 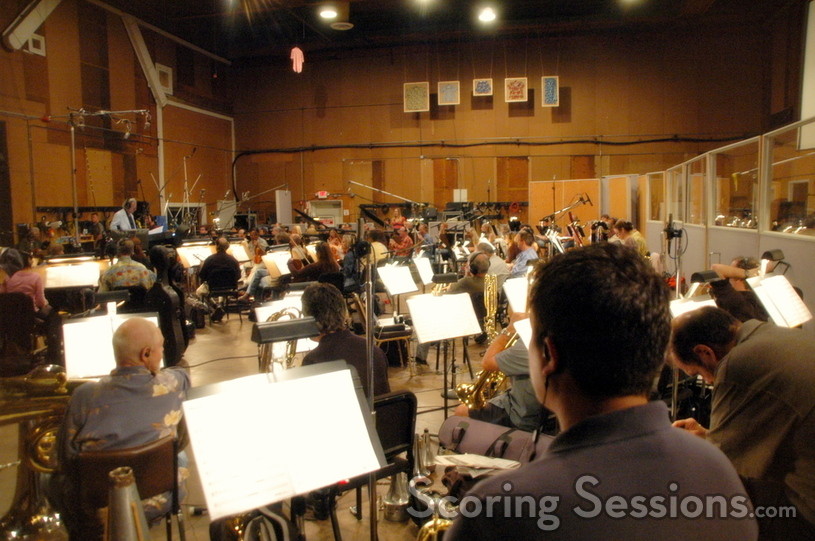 Schifrin conducted the 90-piece orchestra at the Sony Scoring Stage, and the new music blends the themes he established for the previous films as well as some exciting new orchestral material. The percussion session was given quite a workout, with plenty of exotic ethnic drums and instruments utilized. 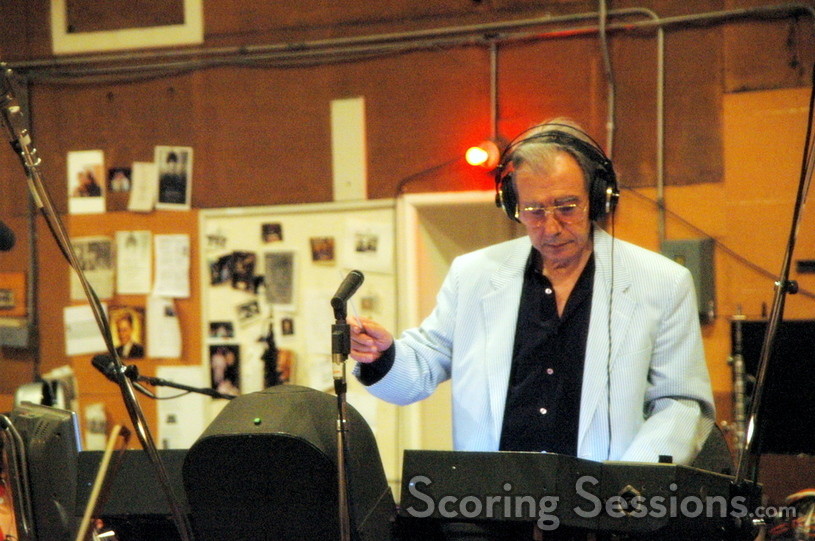 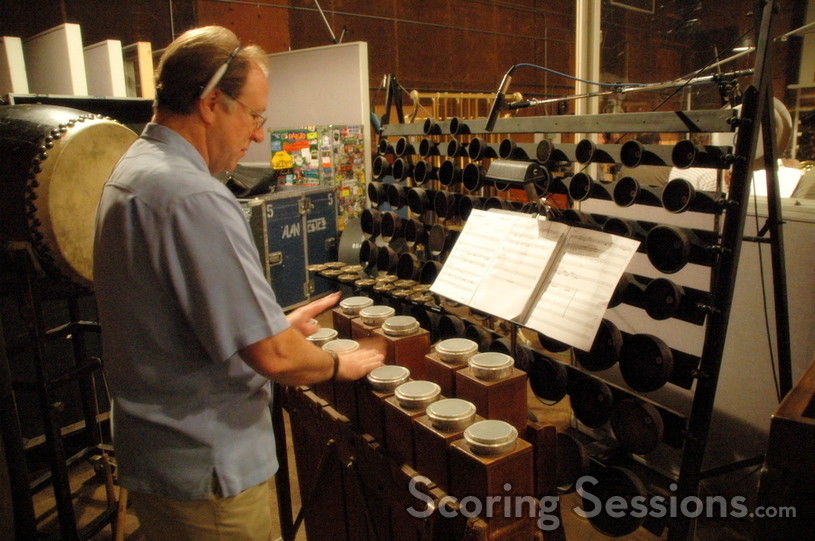 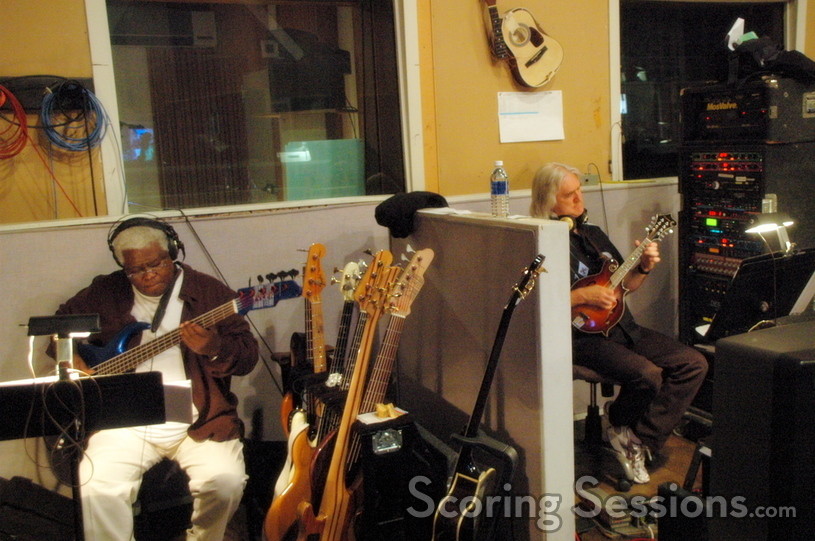 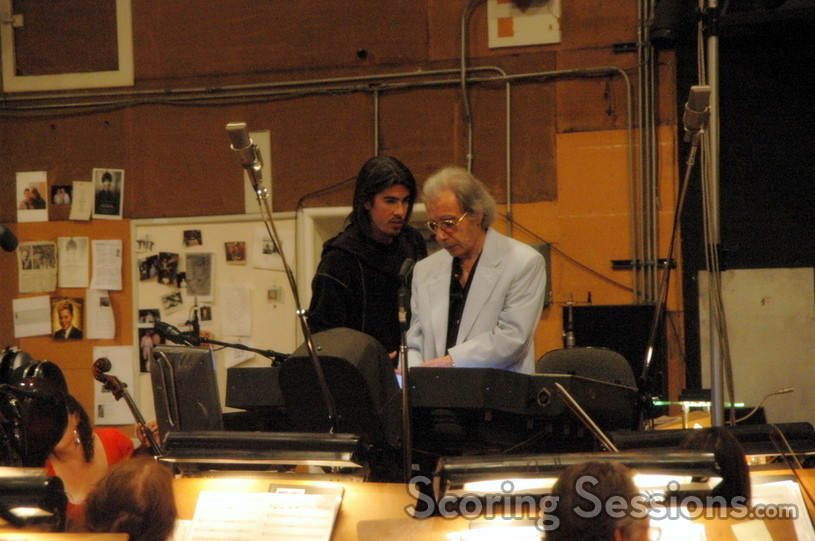 Score consultant Ryan Schifrin talks with Lalo on the stage 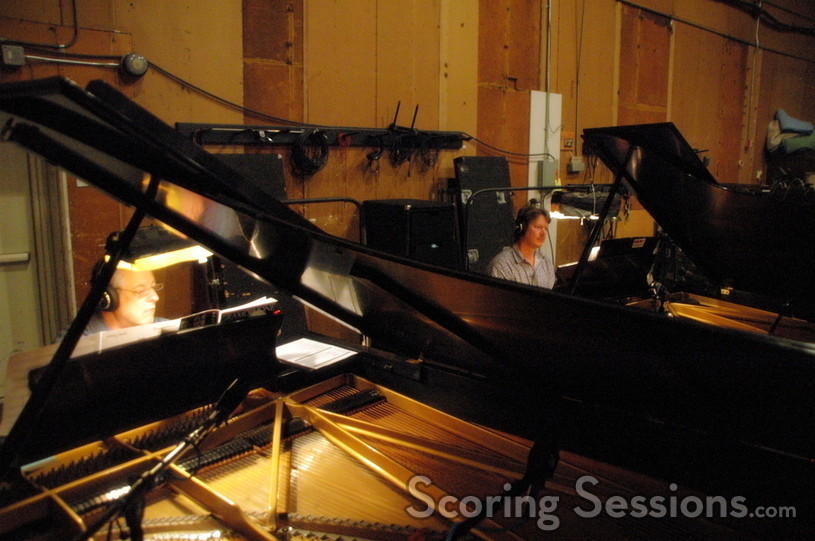 In the booth, Gustavo Borner was recording and mixing the score, and orchestrators Ira Hirshen and Ruy Folguera would give feedback on the performances. The film was still in the midst of post-production, and music editor Chuck Martin and film editors Don Zimmerman and Mark Helfrich were present, to make sure that the cues were synched up. Director Brett Ratner would give suggestions to Schifrin, who would make any necessary adjustments on the fly. 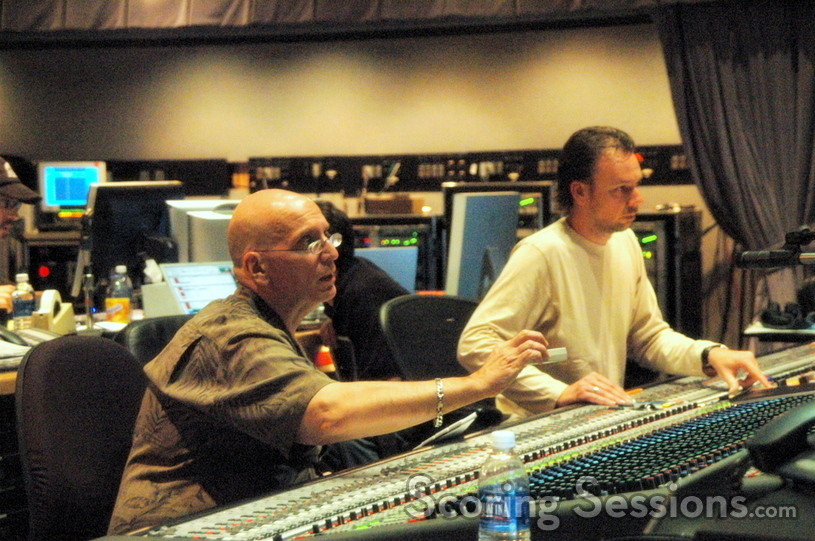 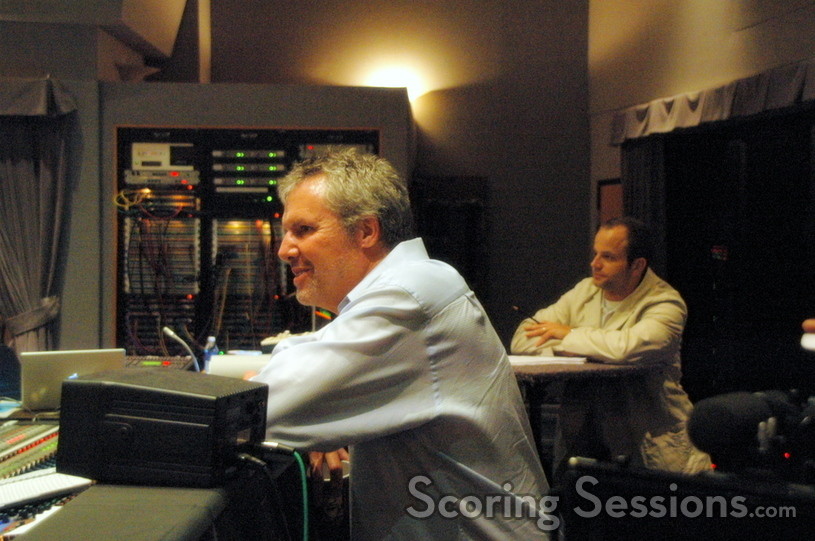 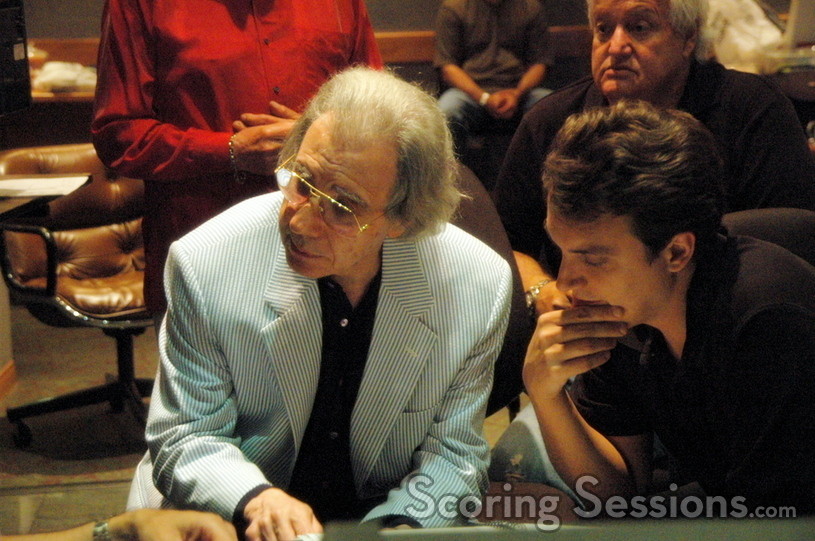 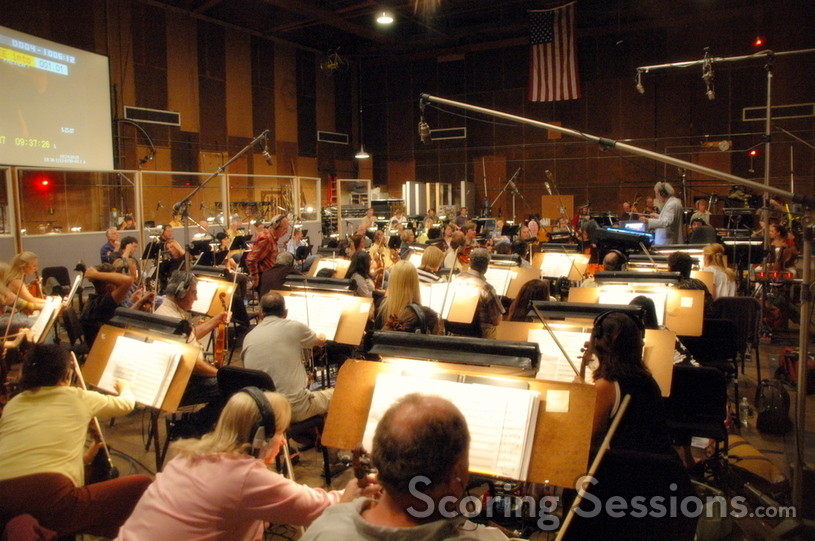