Composer John Debney was recently at the Newman Scoring Stage at the Fox Studios in Century City to record his score to the upcoming Eddie Murphy sci-fi comedy, Starship Dave. Directed by Brian Robbins (Norbit), the film stars Eddie Murphy as the miniature captain of a spaceship – one that looks like a human – that crashes to Earth. 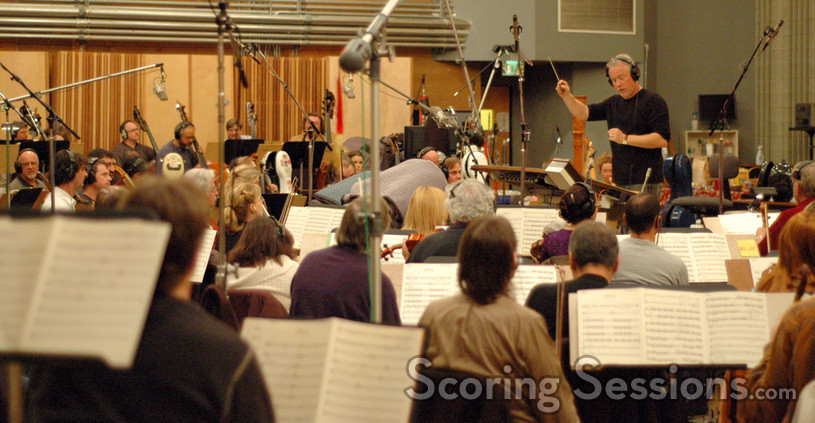 Conducting a 100-piece ensemble of the Hollywood Studio Symphony, Debney’s score has a big epic vibe to it, with plenty of exciting and rousing orchestral cues. 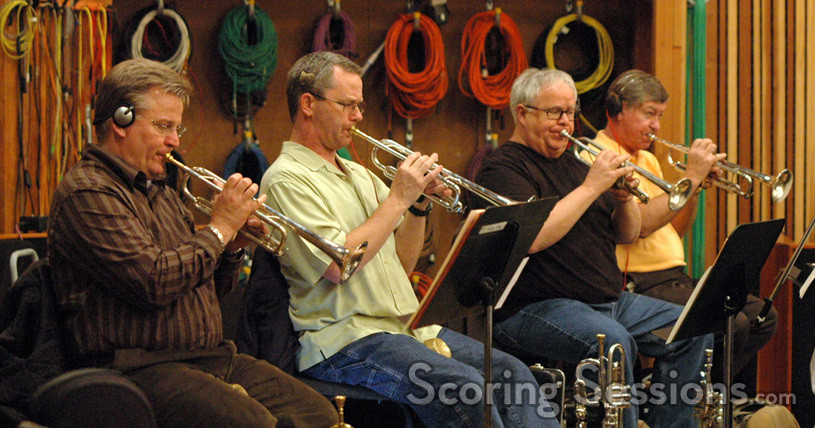 The trumpet section on Starship Dave 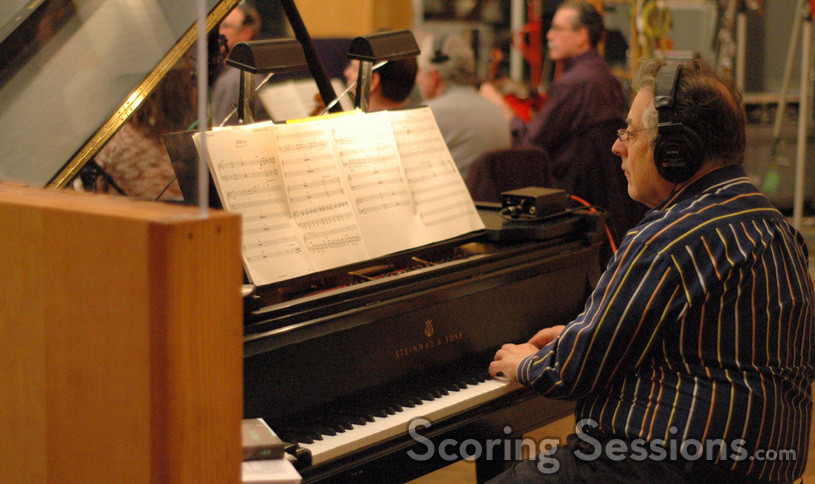 Mike Lang was one of the two pianos on Starship Dave Mike Watts (not shown) played the other one. 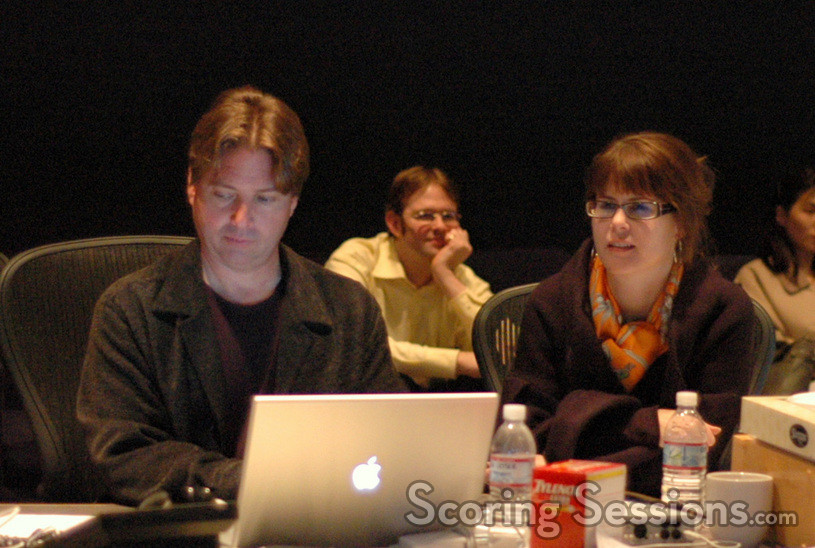 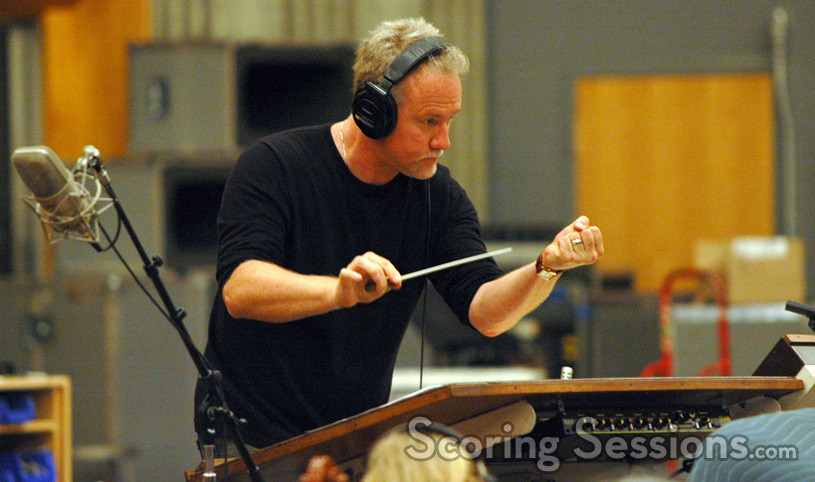 John Debney gets some gusto out of the orchestra

Scoring mixer Shawn Murphy was in the control room, and he deftly balanced the large orchestra which filled the stage. Orchestration duties were handled by Brad Dechter, Kevin Kaska, Mike Watts, Frank Bennett and Christopher Klatman. A choir was recorded at the end of the week of sessions, adding another level of excitement to the music. 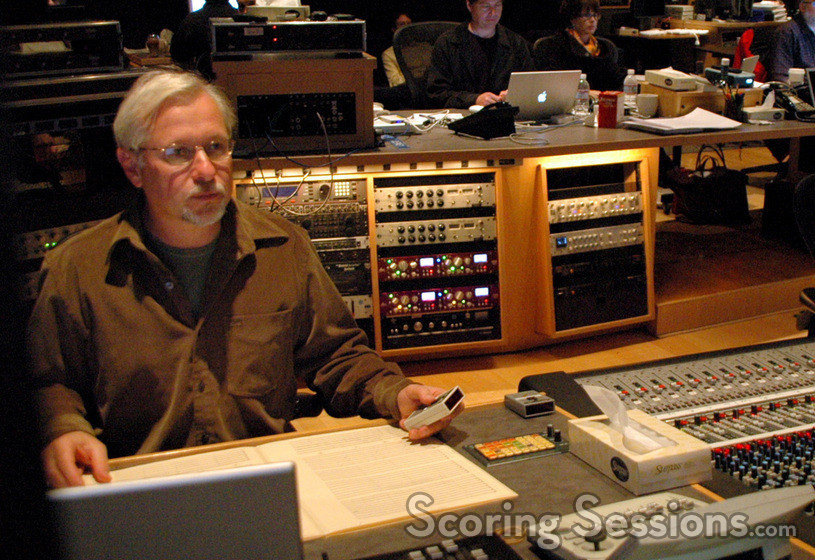 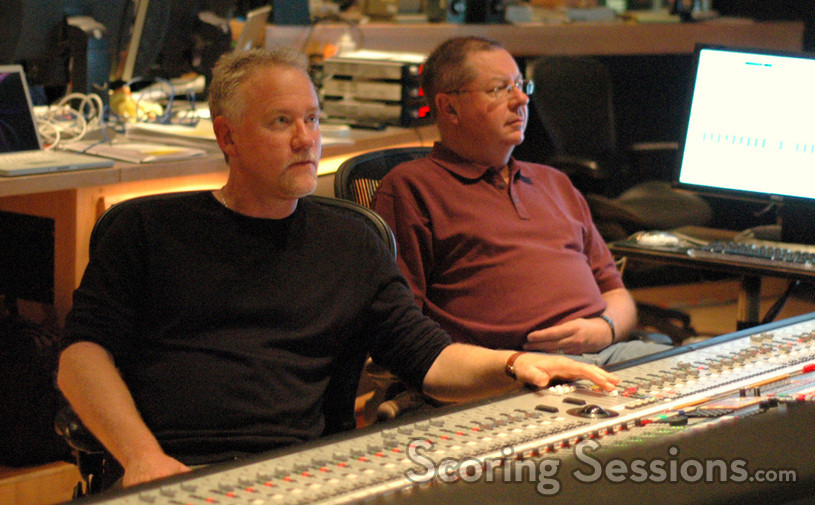 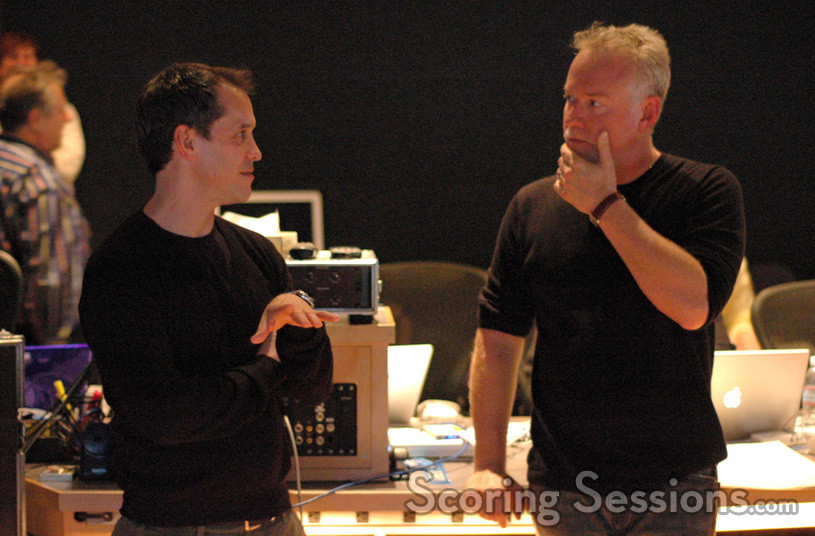 Starship Dave will be released on May 30, 2008 from Twentieth Century Fox.