Composer Theodore Shapiro recently recorded his score to the upcoming film, Year One. Directed by Harold Ramis, and written by Ramis with Gene Stupinsky and Lee Eisenberg, the comedy features Jack Black and Michael Cera and was produced by Judd Apatow.

A 75-piece ensemble of the Hollywood Studio Symphony, under the baton of orchestrator Pete Anthony, recorded the orchestral aspect to Shapiro’s score at the Sony Scoring Stage. The pre-historical and biblical comedy features a largely thematic score that utilizes strong brass and hints of Middle-Eastern stylings. 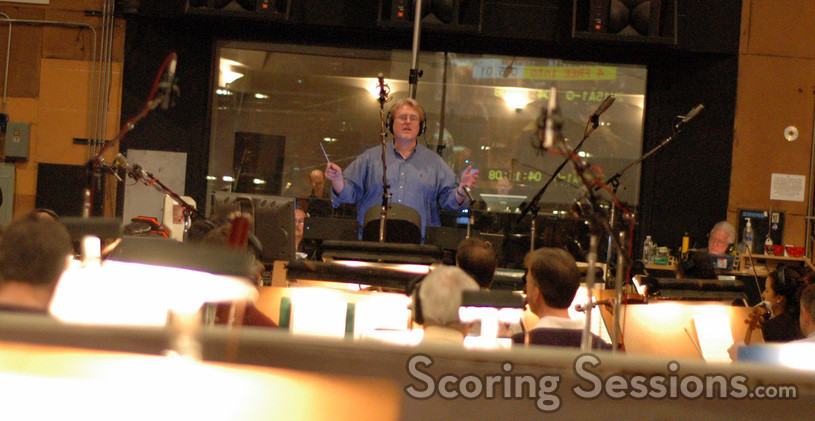 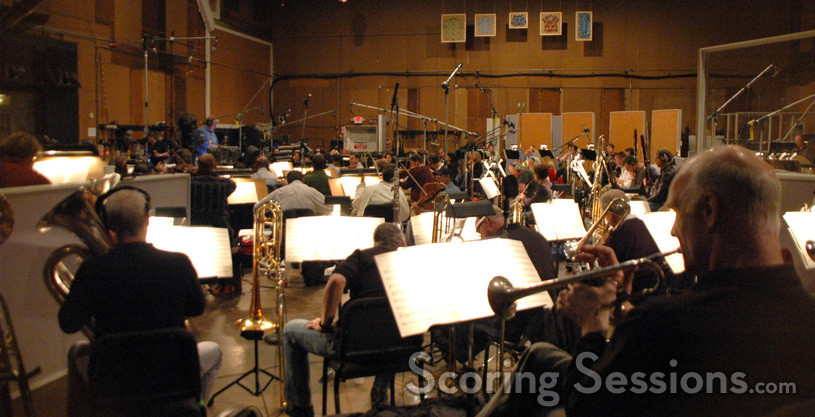 The basses contemplate the score 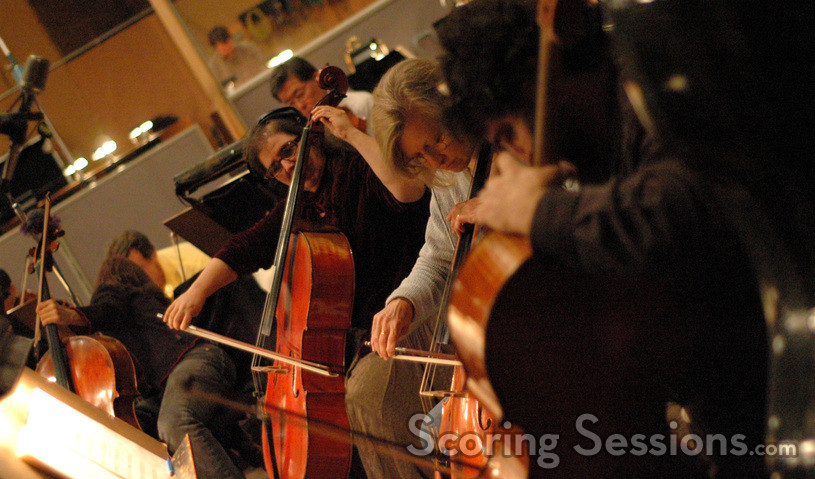 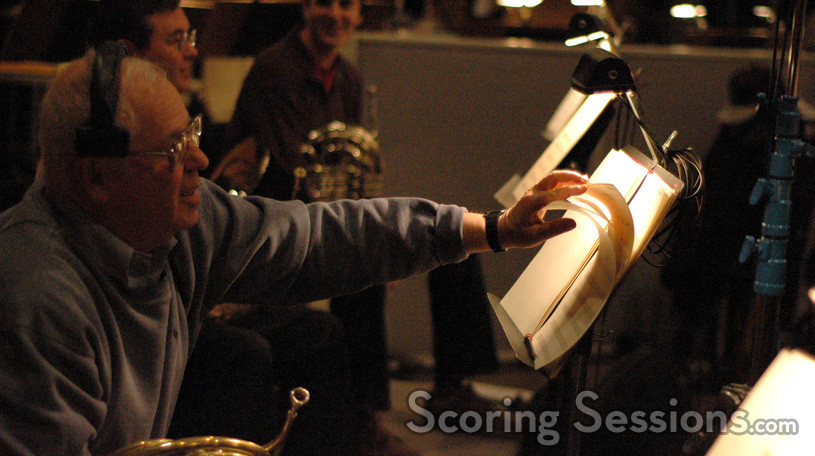 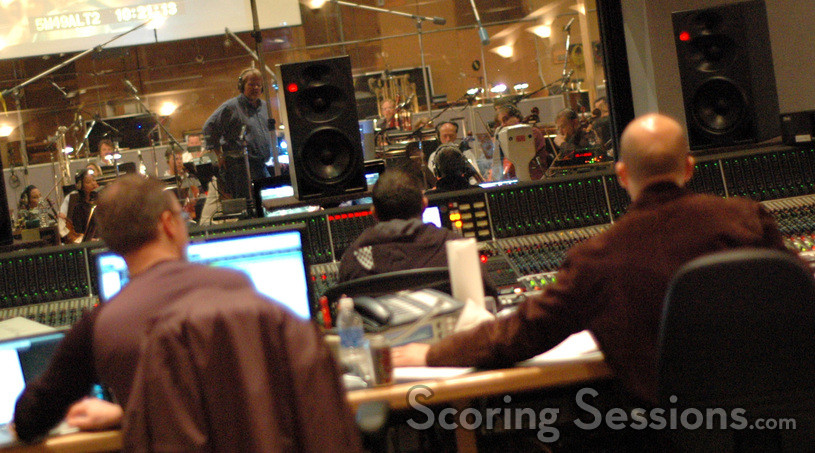 Pete Anthony gets direction on the stage from Theodore Shapiro

In the booth, Shapiro followed the score closely, along with orchestrator Randy Kerber and scoring assistant Ludwig Goransson. The other orchestrators on the project were Pete Anthony, Bruce Babcock and John Kull. Music editor Tom Drescher was also on hand to provide feedback, and ProTools recording was handled by Bryan Carrigan. 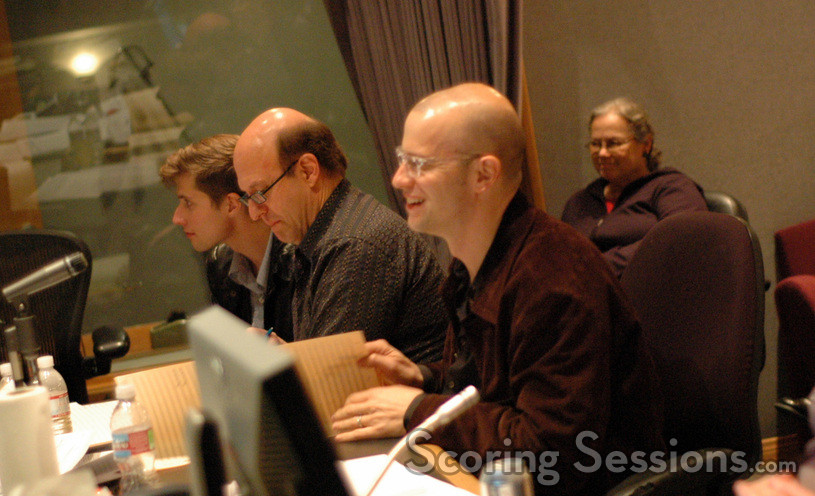 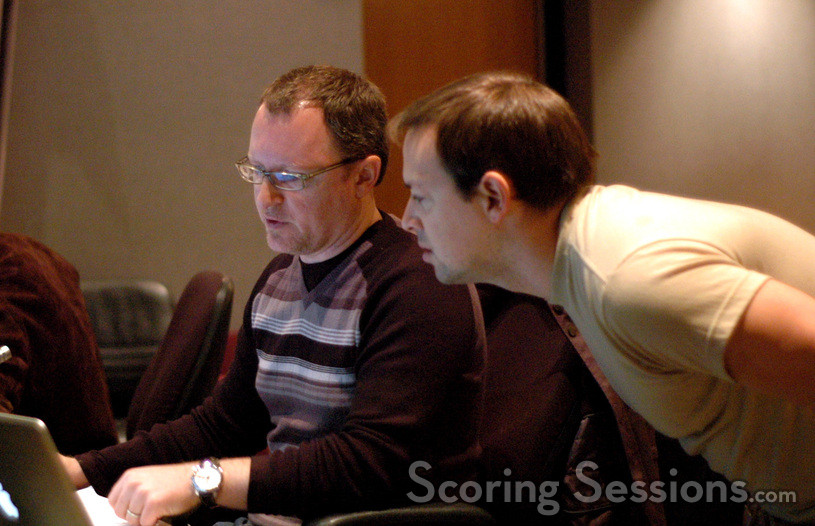 With over an hour of original underscore, Year One will be released by Columbia Pictures on June 19, 2009. 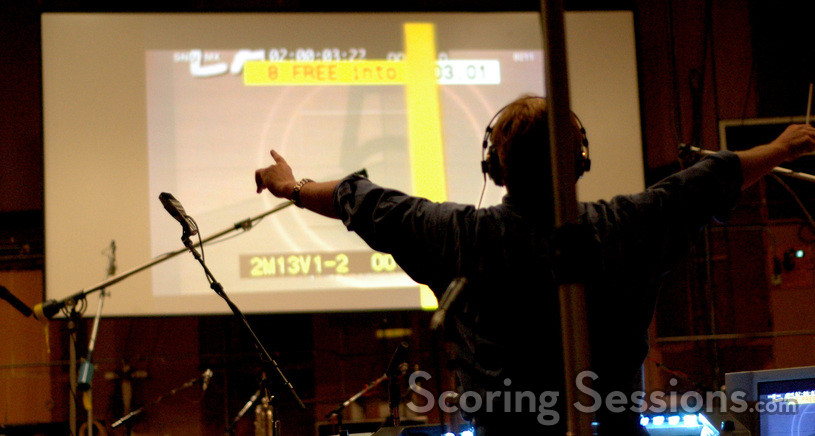