Last fall, composer Michael Giacchino recorded his score to the highly anticipated "reboot" of the classic sci-fi franchise, Star Trek. Directed by J.J. Abrams, the film was originally due to be released in December 2008, but was moved to May 2009. 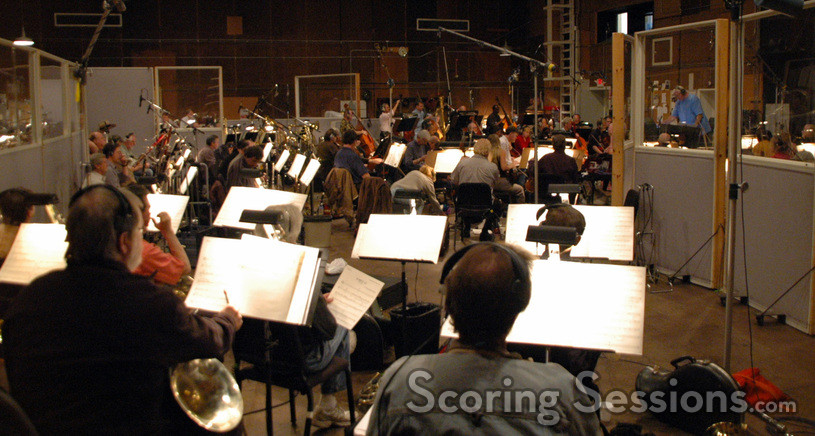 Recorded under the super-secret code name of Corporate Headquarters, scoring took place with an enormous 107-piece orchestra and 40-person choir at the Sony Scoring Stage in Culver City, CA. 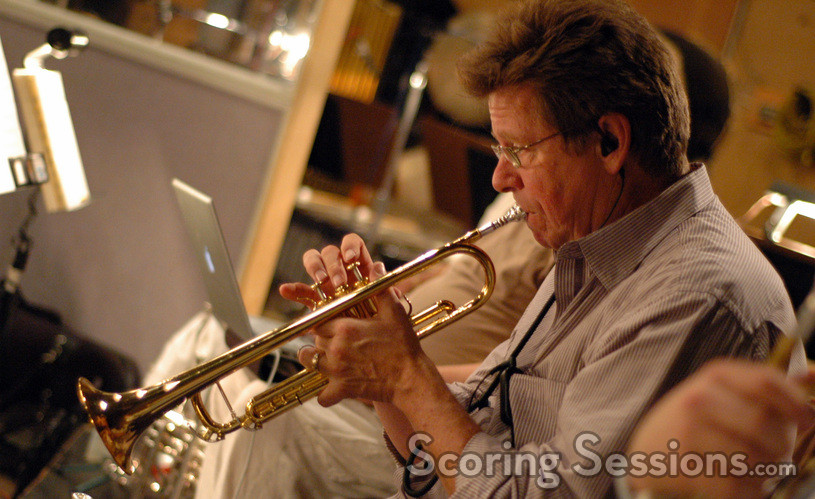 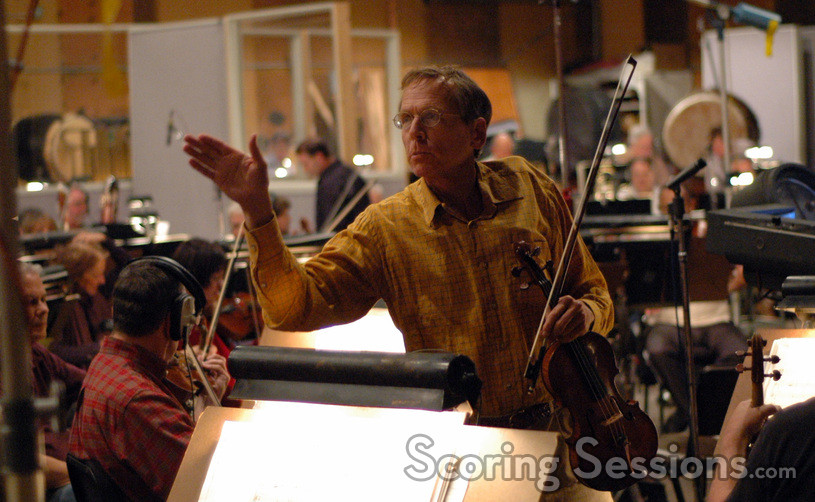 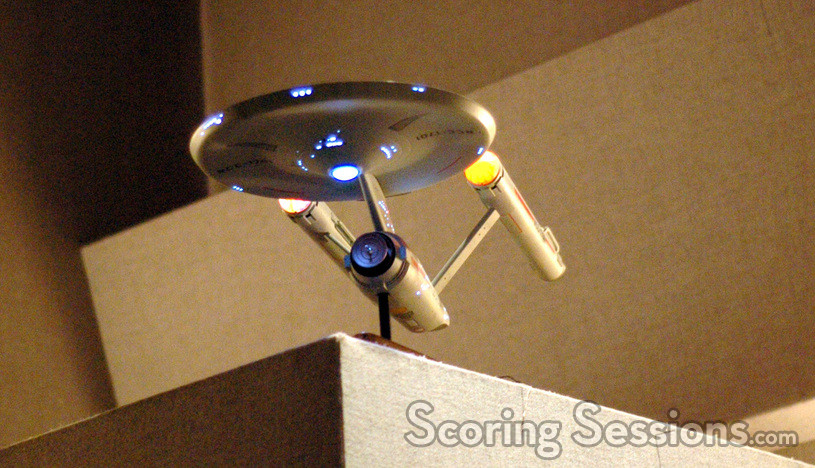 The Enterprise watches over the scoring session

Conducted by orchestrator Tim Simonec, the music for Star Trek has all new themes that Giacchino composed for the film, including some that give a little wink-and-nod stylistically to the Goldsmith and Horner scores of the original film series. Also making a few appearances in the score is the classic Alexander Courage "Star Trek" theme, used in a fun and adventurous way particularly in the end credits where it is arranged to merge with Giacchino’s themes quite nicely. 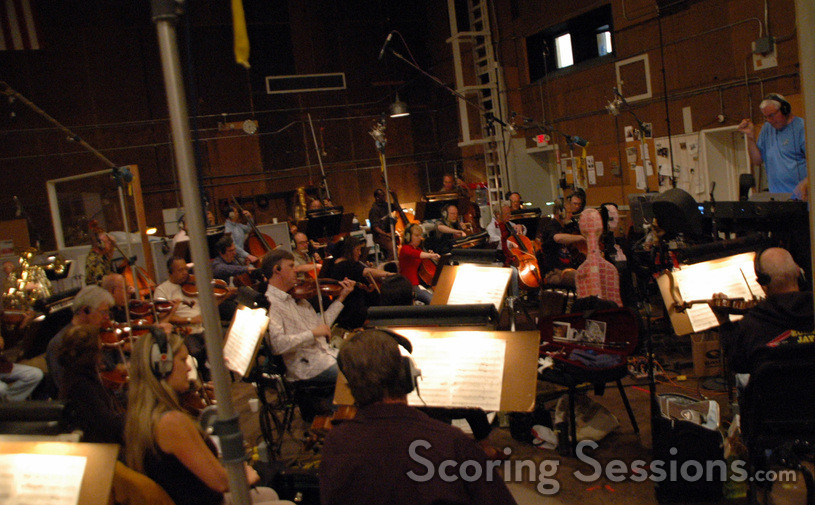 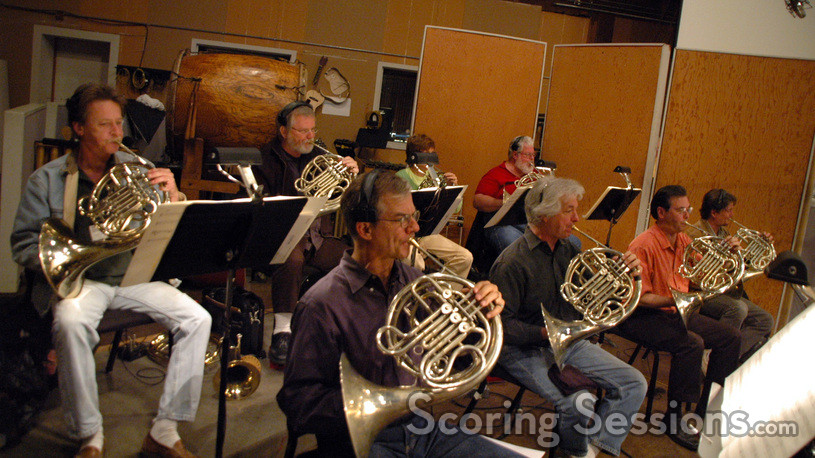 An erhu was used to create the otherworldly sound of the Vulcans (namely Spock), and it was processed and distorted for their distant cousins, the Romulans. A large percussion section recorded a bunch of overlays, adding some bold rhythms and energy to the score. 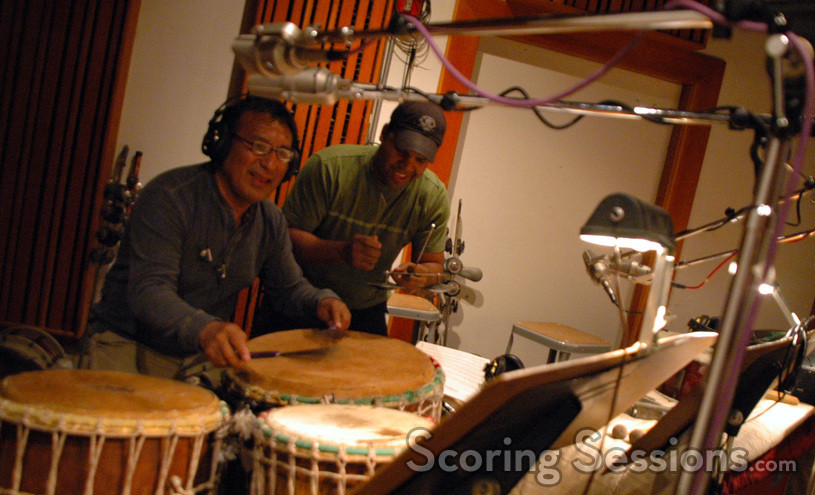 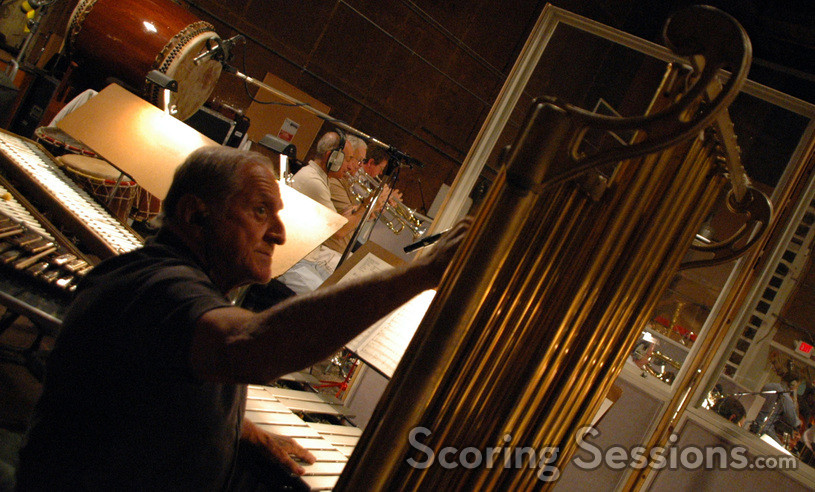 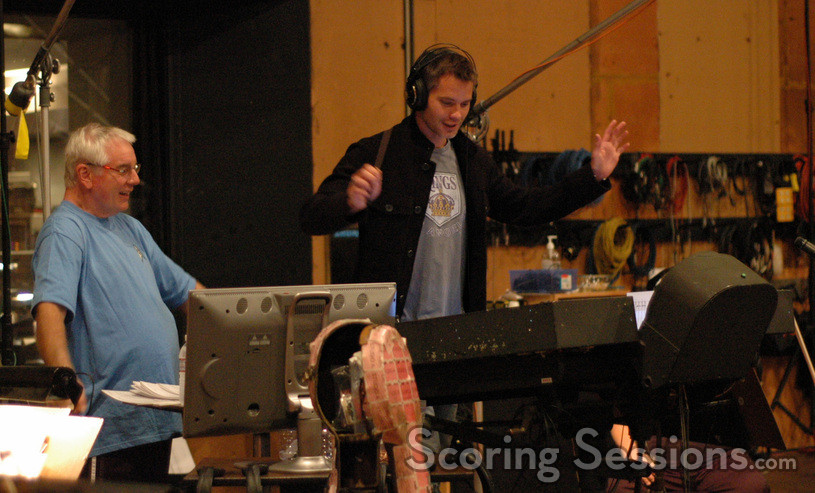 In the booth, scoring mixer Dan Wallin pulled everything together to flesh out the soundscape, and Giacchino gave feedback to Simonec on the stage. Abrams was also on hand, and was very involved with suggestions for the score. Additional orchestrators Chris Tilton and Chad Seiter were also there to lend a hand, as well as scoring coordinator Andrea Datzman. 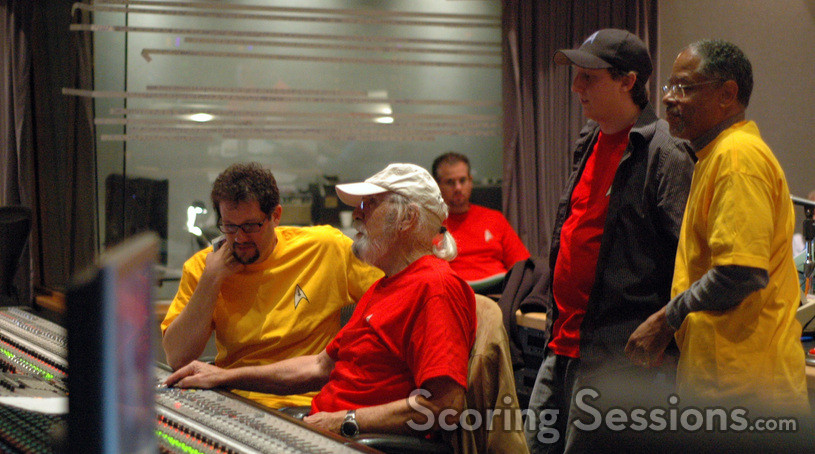 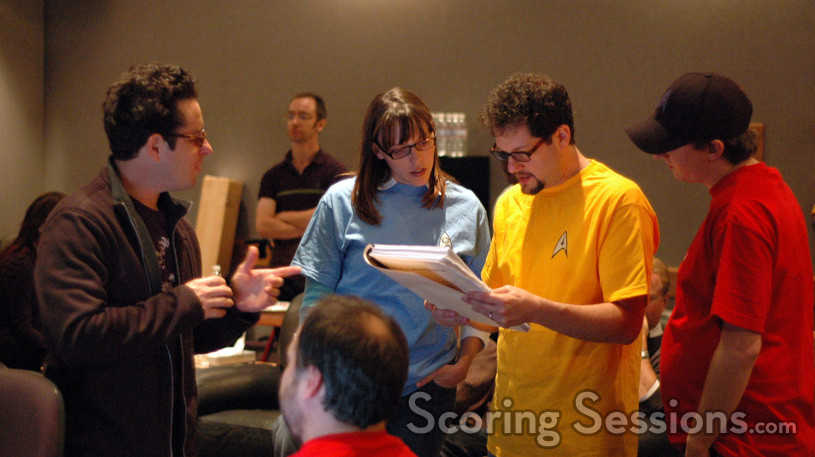 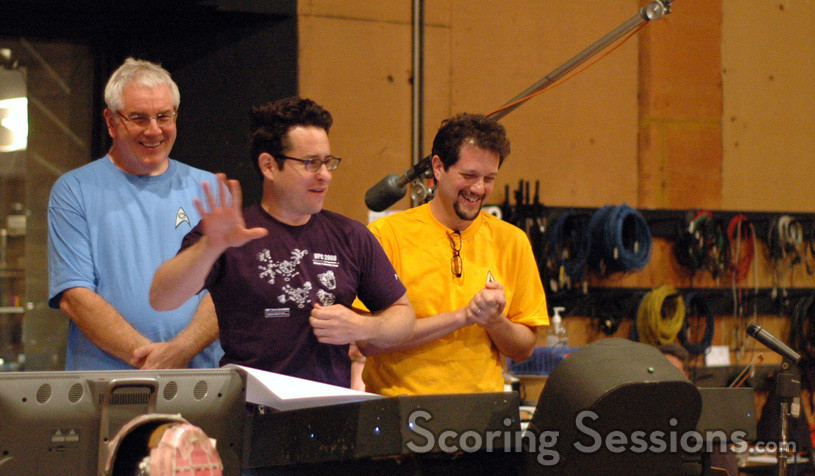 On the last day of scoring, the music team celebrated the successful conclusion of the score with a toast of Klingon Blood Wine, and posed for a group picture wearing their Star Trek "uniforms".

The music team on Star Trek gives the Vulcan salute!

Star Trek will be released by Paramount Pictures on May 8, 2009, and a score album will be coming from Varese Sarabande on May 5th.