Recently, composer Michael Giacchino recorded his score to the big-screen adaptation of the classic Sid and Marty Krofft television show, Land of the Lost. Scoring took place at the Eastwood Scoring Stage at Warner Bros., as well as the Newman Scoring Stage at Fox. Directed by Brad Silberling, the film stars Will Ferrell, Anna Friel and Danny McBride as a group of scientists who go over a waterfall and end up in an alternate universe inhabited by dinosaurs, primate-types of creatures and the humanoid lizards known as the Sleestak.

Performed by an 88-piece ensemble of the Hollywood Studio Symphony and a 35-person choir, the score was conducted by orchestrator Tim Simonec. The music is big and dramatic, with a strong main theme and lots of percussion to provide a more primal edge to the music. 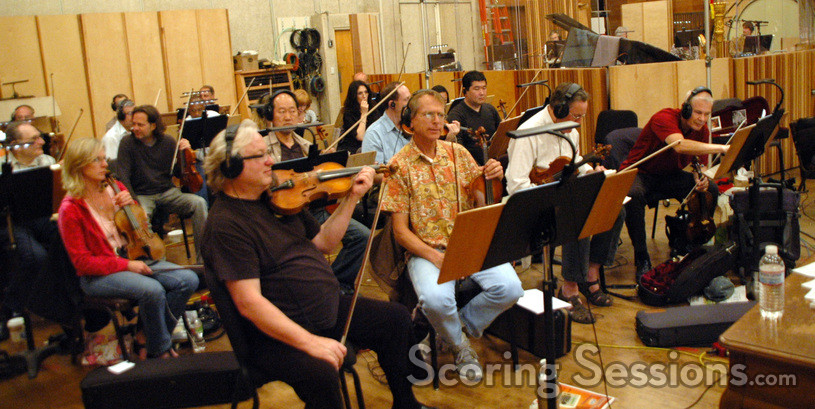 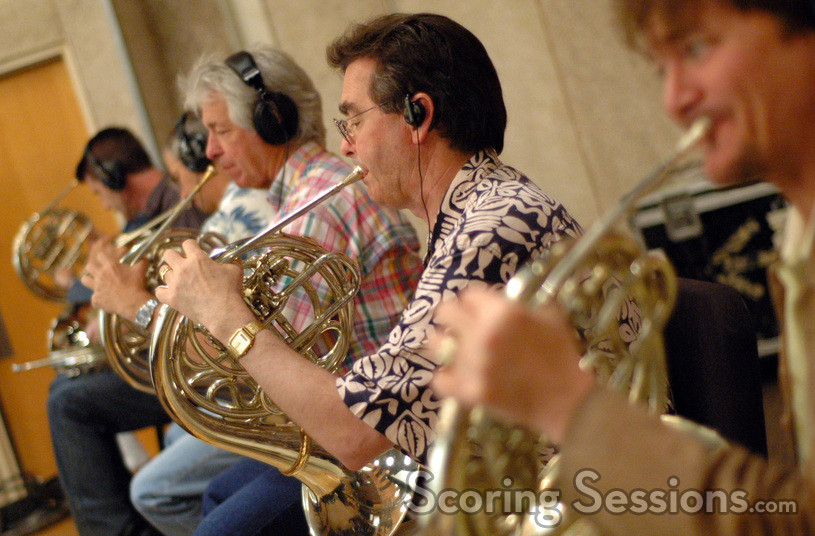 Tim Simonec conducts on Land of the Lost 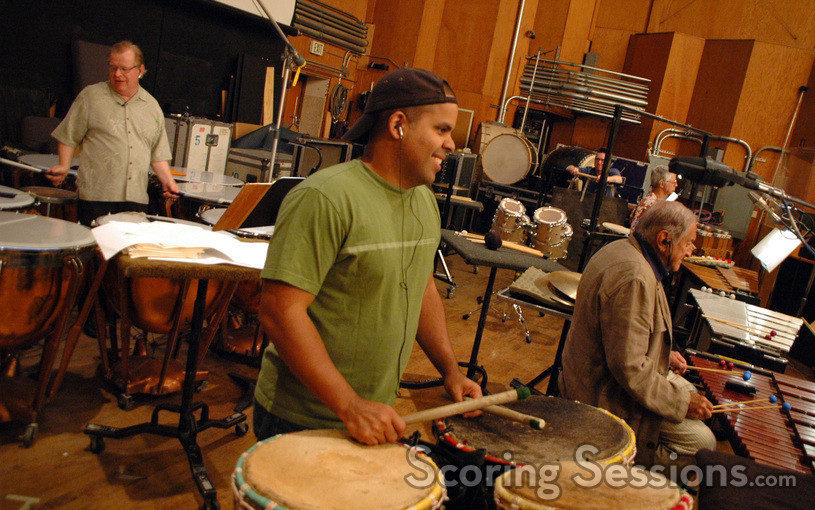 Don Williams on timpani, Walter Rodriguez on drums, and Emil Richards on vibes

Some ethnic instruments were also employed, including a log drum and – rather uniquely – the French horn section playing conch shells. The end titles track is a fun cue that combines a driving energy with guitars, banjo, rock band elements and drum kit with full orchestra. 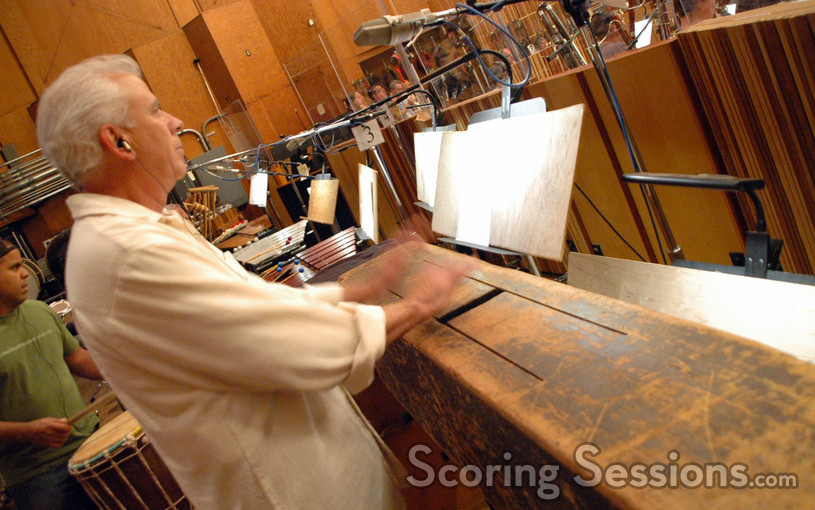 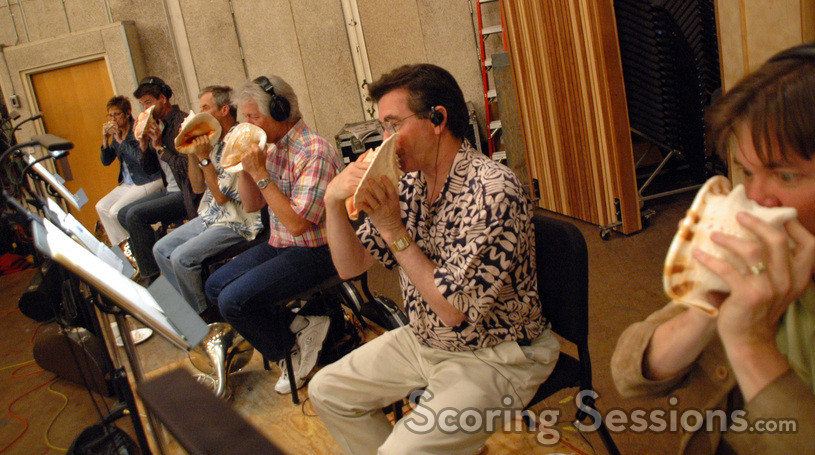 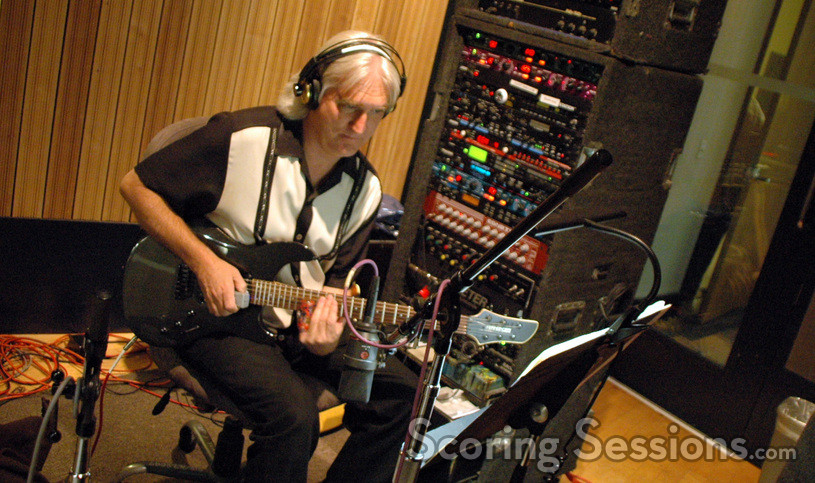 In the booth, composer Giacchino was giving feedback to Simonec on the stage, while the rest of his team – scoring mixer Dan Wallin, score coordinator Andrea Datzman, additional orchestrator Chad Seiter and music editor Steve Davis – were also on hand. Director Brad Silberling was also there to provide input, bouncing between the scoring session and the nearby dub stage where the film was finishing up its post production. A few times, creators Sid and Marty Krofft showed up as well, and appeared to be quite delighted with the way everything was turning out. 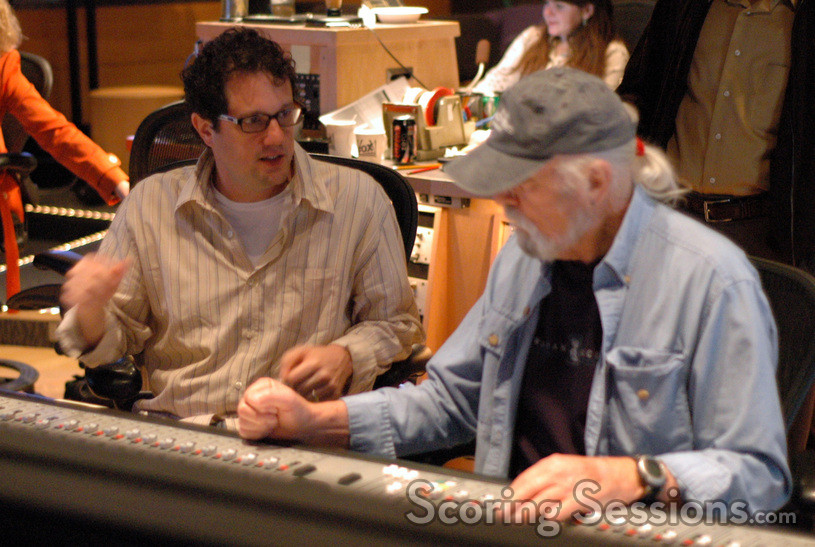 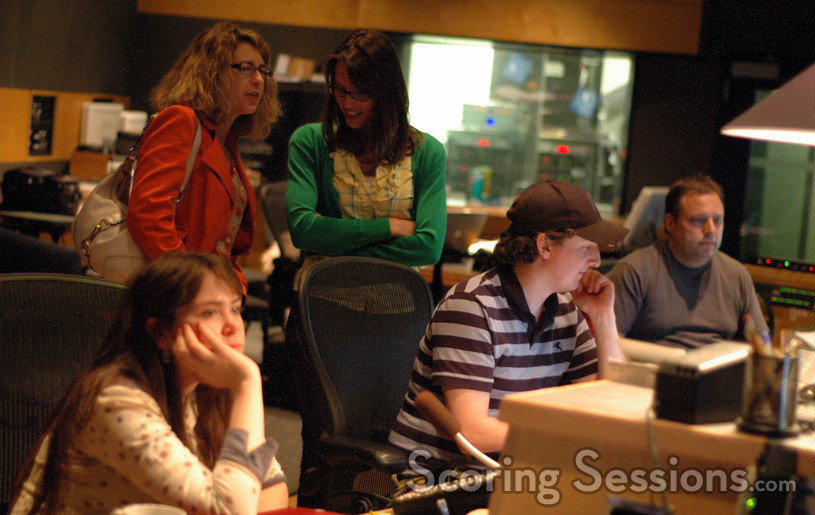 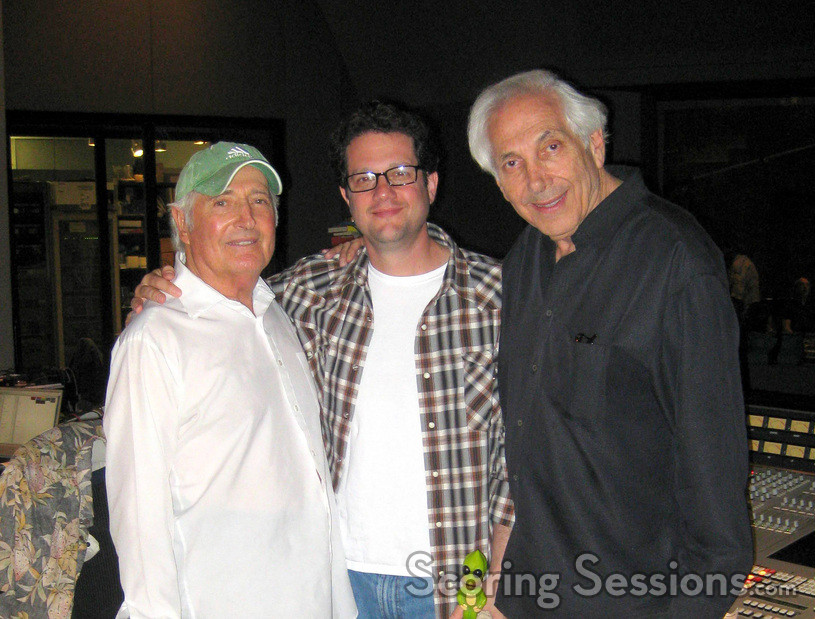 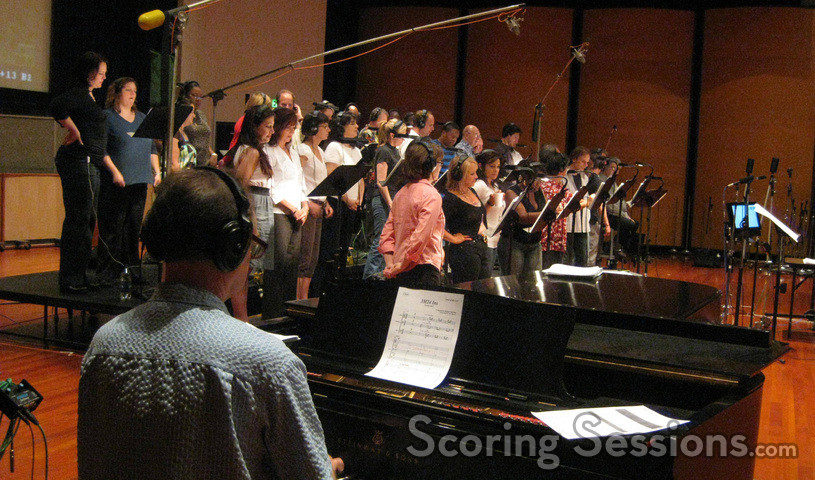 The choir sings on Land of the Lost

Land of the Lost will be released by Universal Pictures on June 5, 2009, and a soundtrack album will be coming from Varese Sarabande, on June 23. 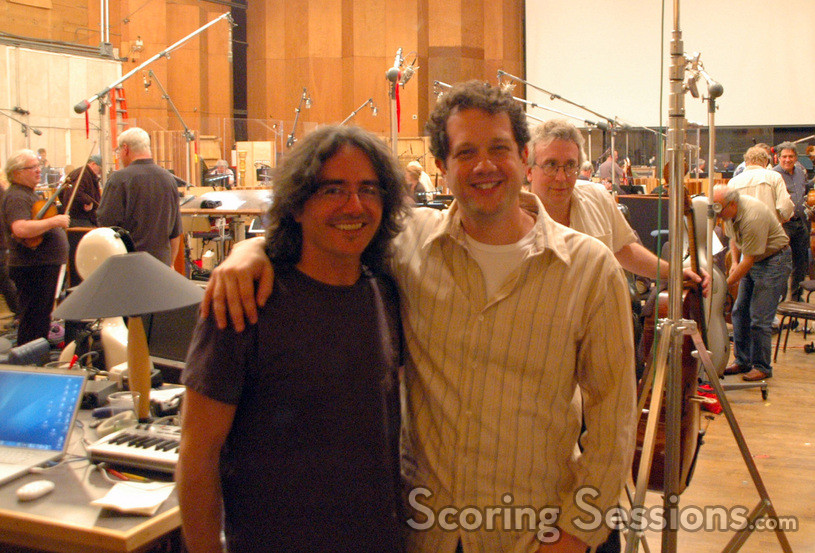