Earlier this spring, composer Christopher Lennertz recorded his score to the new family comedy, Marmaduke. Directed by Tom Dey, and based on the classic comic strip by Brad Anderson, the film stars Owen Wilson as the voice of the Great Dane who makes the lives of the Wilson family a frequent series of misadventures. 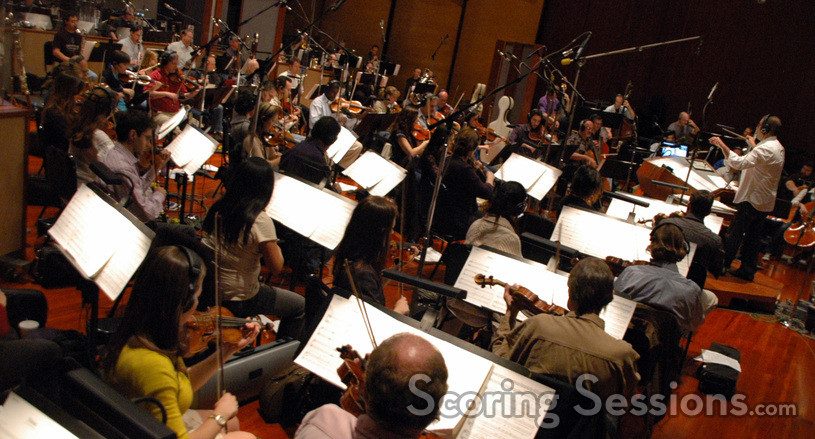 Lennertz’s score combines an orchestral underscore with contemporary band elements, realized through two different types of scoring sessions. The first took place at The Village, utilizing a small team of musicians to provide the rocking qualities that would later be supplemented with the orchestra. 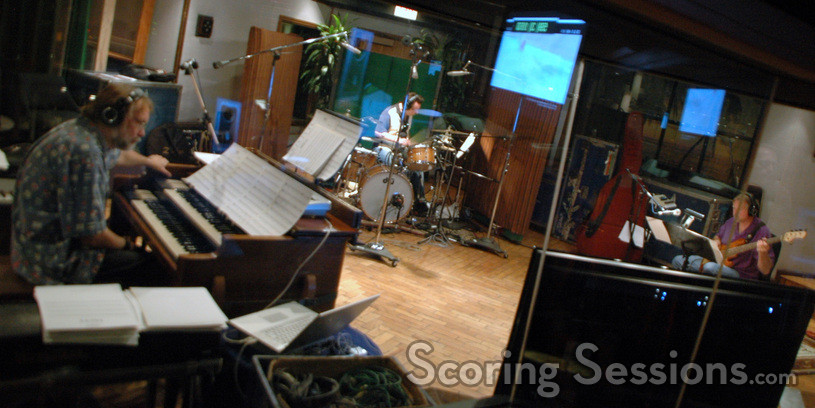 The band session at The Village Studios 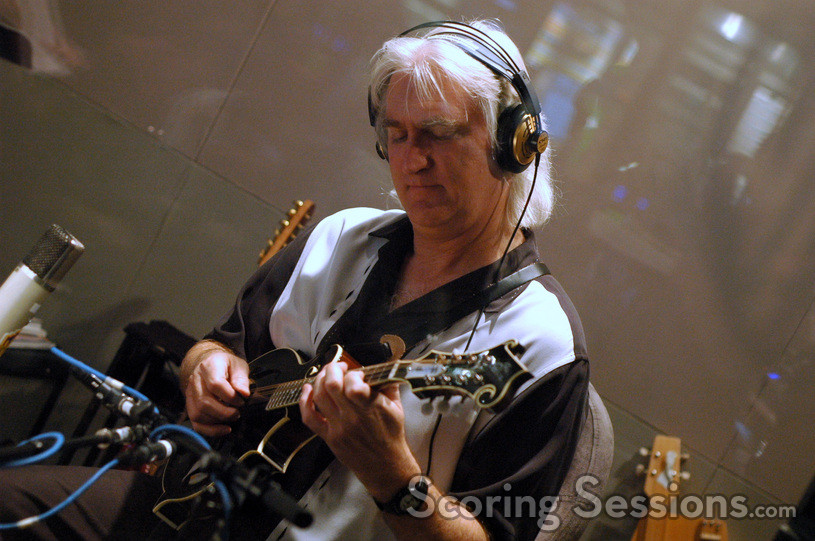 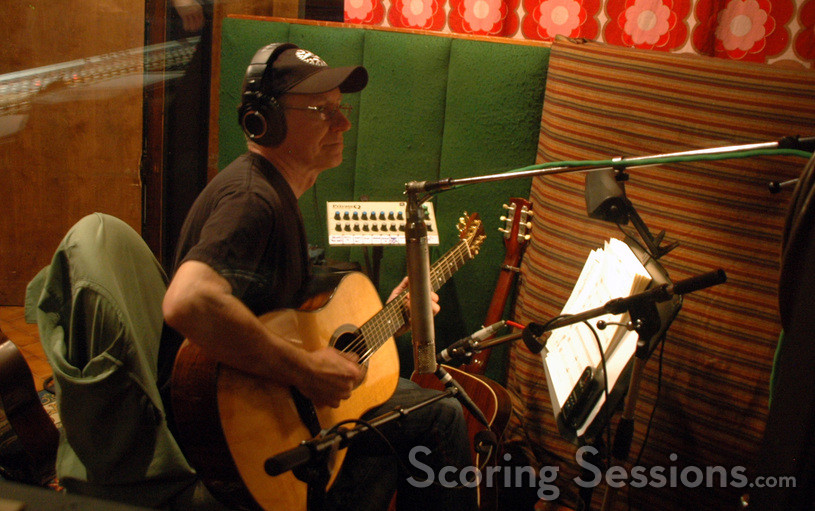 After recording orchestral underscore at the Newman Stage at 20th Century Fox, the music team headed up to the Eastwood Stage at Warner Brothers to record with the full A-orchestra. With Lennertz on the stage conducting the large orchestra, the music came to life. 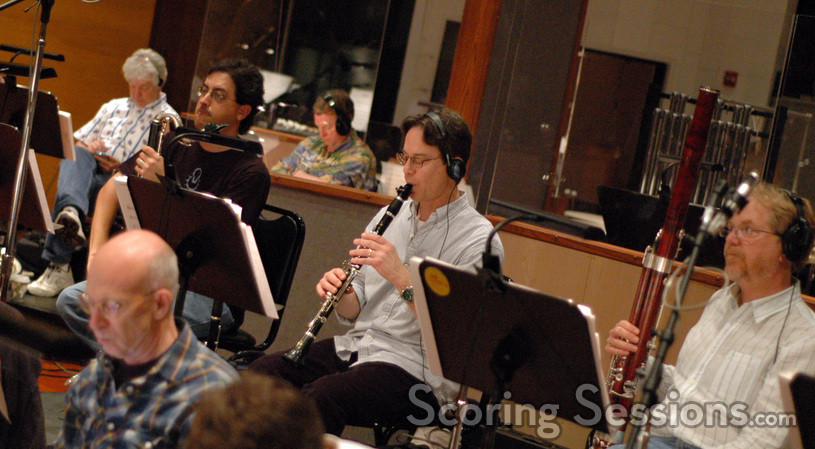 The woodwinds perform on Marmaduke 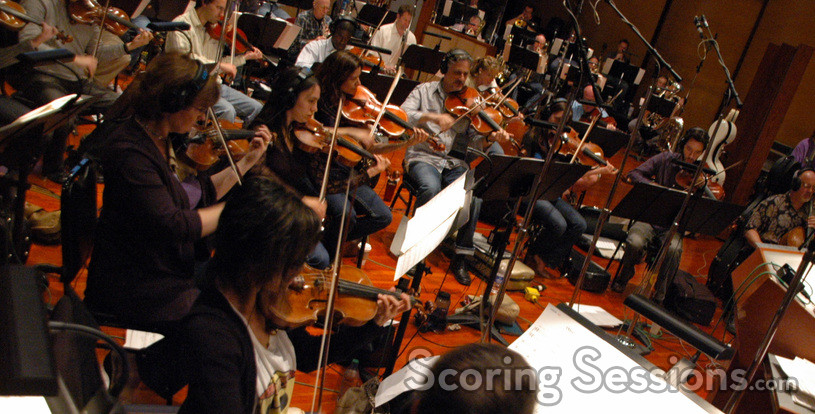 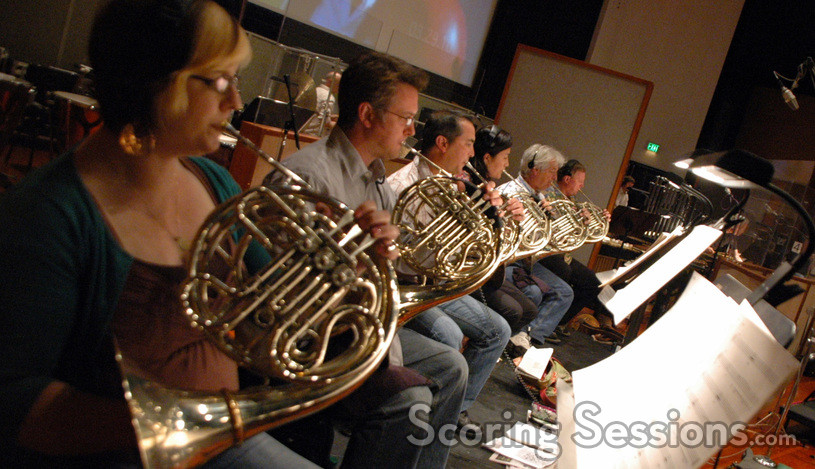 …as well as the French horns 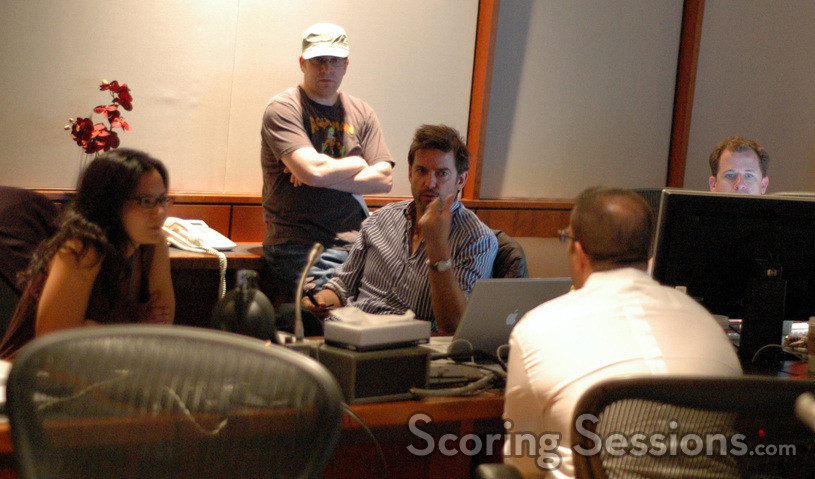 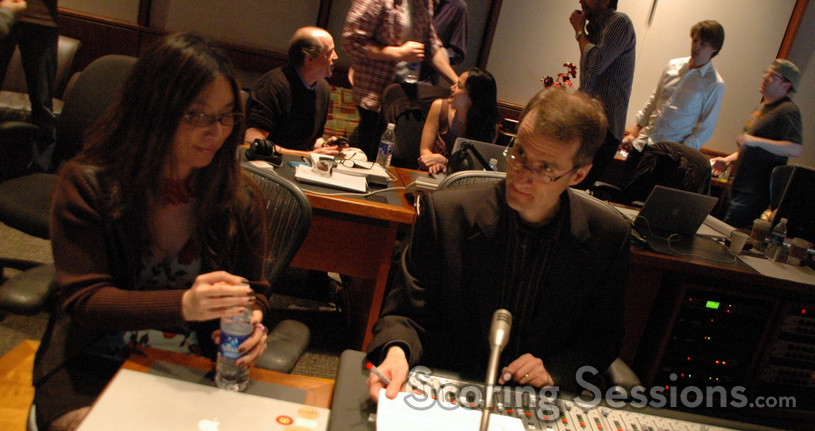 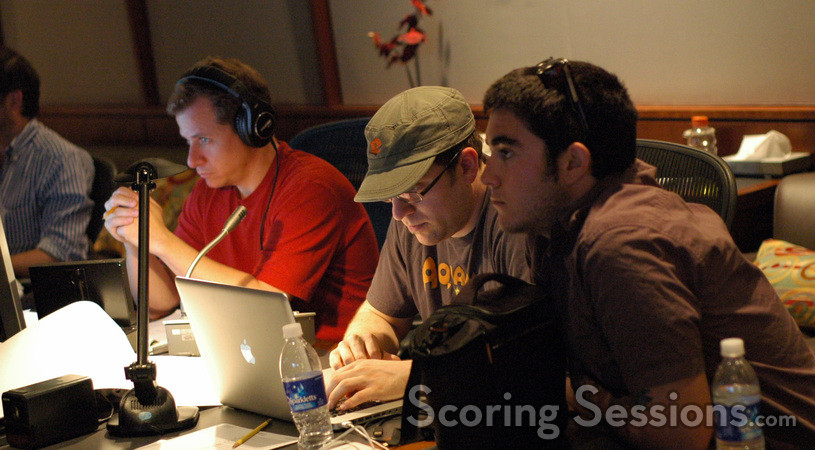 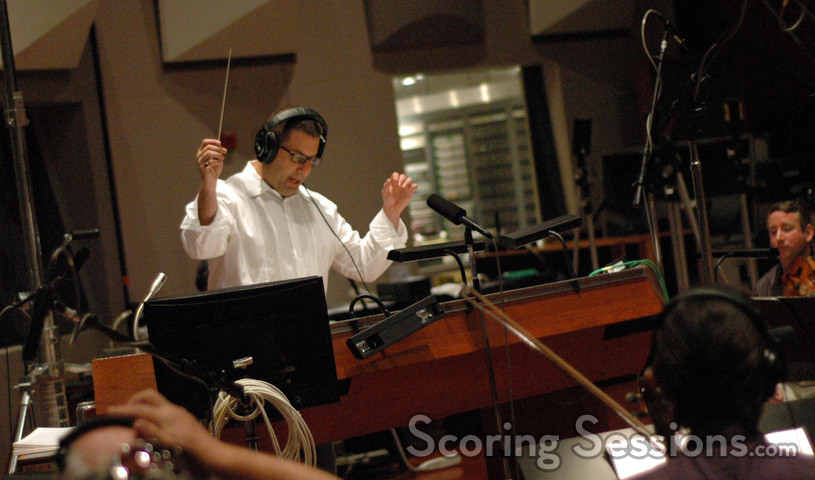