This past December, Oscar-nominated composer John Powell returned to the Newman Scoring Stage at 20th Century Fox to record his score for Rio 2, the sequel to the hit 2011 Blue Sky/Fox animated feature. Directed by Carlos Saldanha, with whom Powell worked on the first Rio as well as two Ice Age movies, the film opened on April 11, 2014, and has already grossed over $300 million worldwide. ScoringSessions.com is thrilled to bring our readers the exclusive photos from the orchestral sessions!

Conducted by world famous conductor José Serebrier, Rio 2 was recorded with a 108-piece ensemble of the Hollywood Studio Symphony. In what is commonplace for Powell’s process, he recorded orchestral percussion separate from strings and woodwinds, which were separate from the brass. 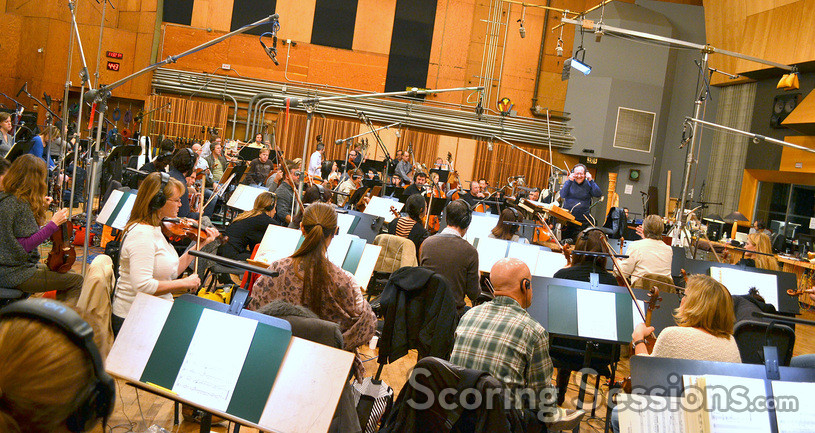 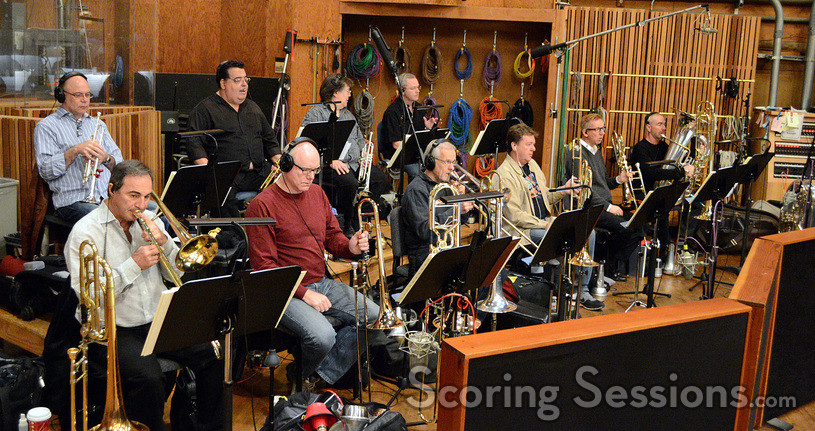 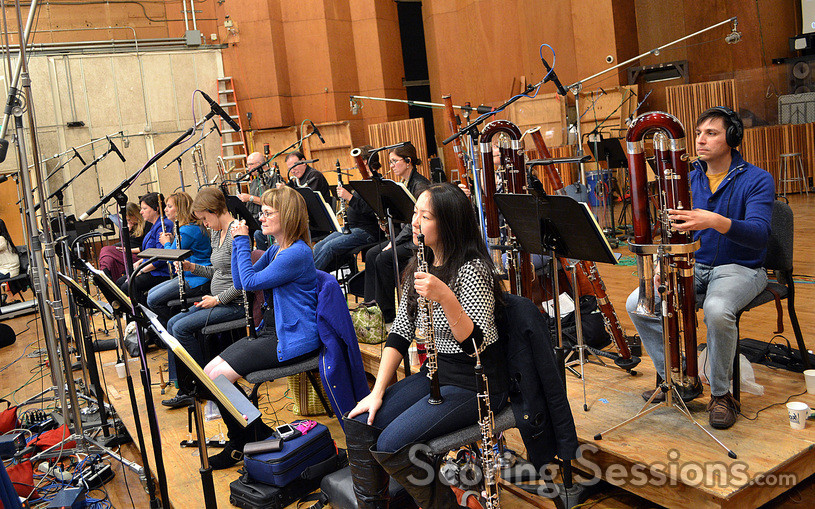 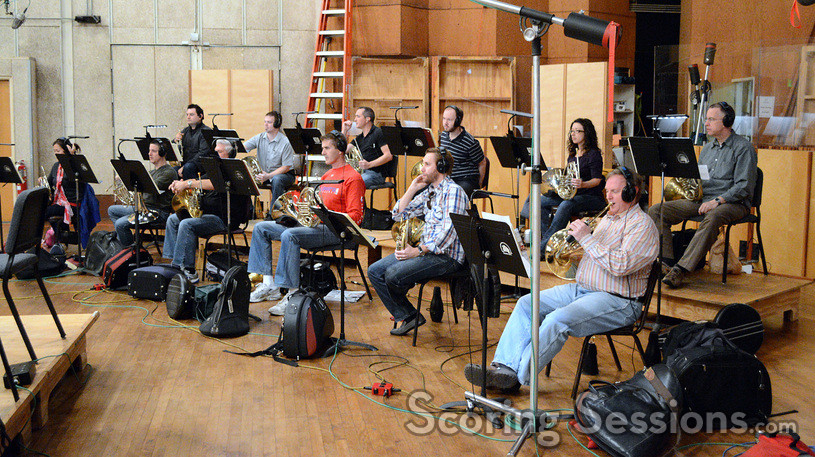 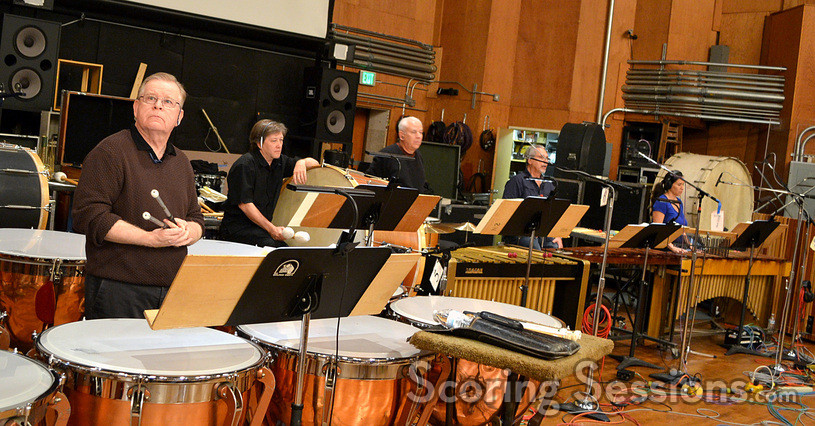 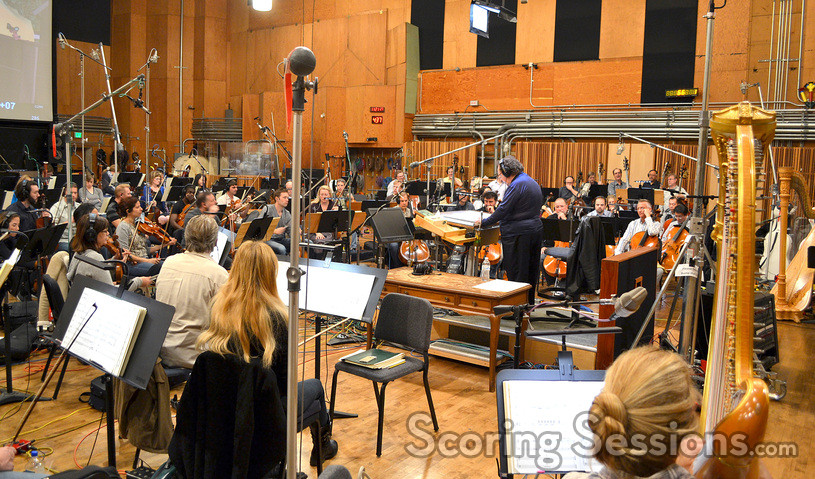 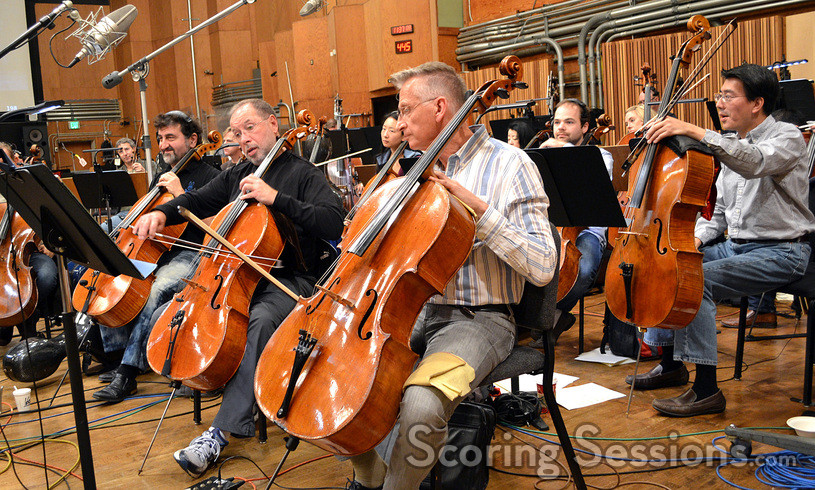 The cellos warm up

In the booth composer John Powell was assisted by lead orchestrator John Ashton Thomas, who would give feedback to Serebrier out on the stage. Scoring mixer Brad Haehnel had a big job to do, since the orchestra was only part of the musical palette: there were ethnic solos, vocals, and more, much of which was recorded at Powell’s studio. In the back of the booth were music editor Tom Carlson, score mix assistant John Aspinall, ProTools recordist Kevin Globerman and producer John Duncan 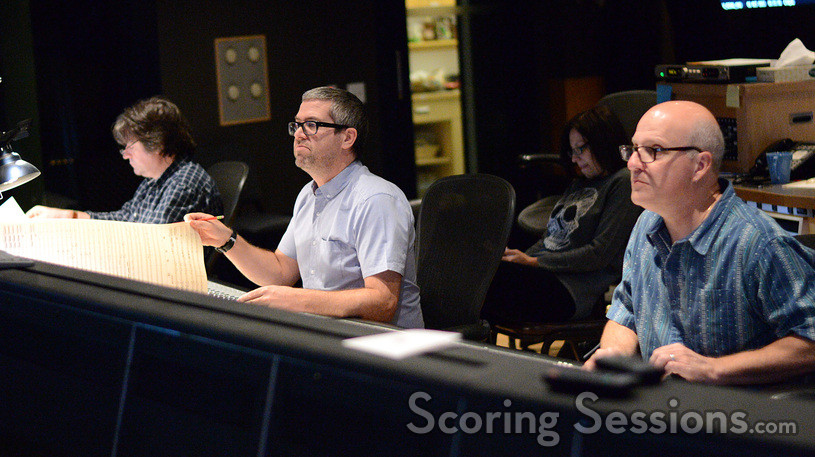 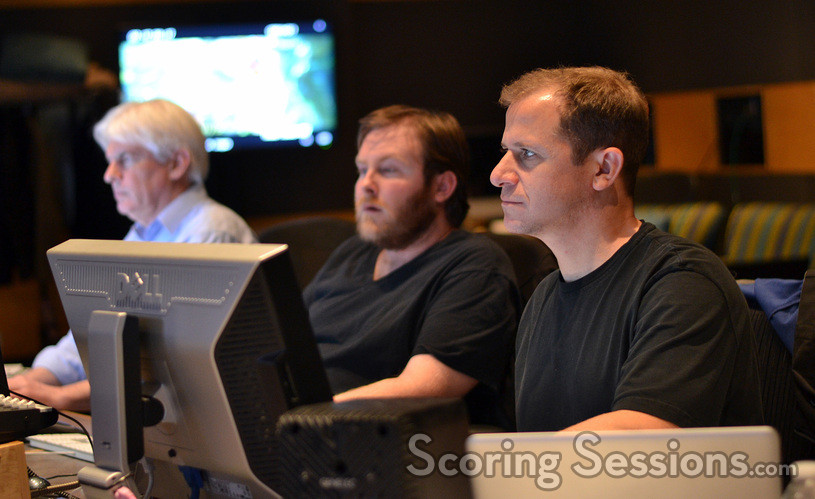 A score album featuring music from Powell’s score to Rio 2 is available from Sony Classical.