Earlier this summer, composer Tom Holkenborg was at the Eastwood Scoring Stage at Warner Bros. to record his score to the new Johnny Depp drama, Black Mass. Directed by Scott Cooper, the Whitey Bulger crime drama comes out on September 18, and we’re thrilled to bring our readers photos from the last scoring session! 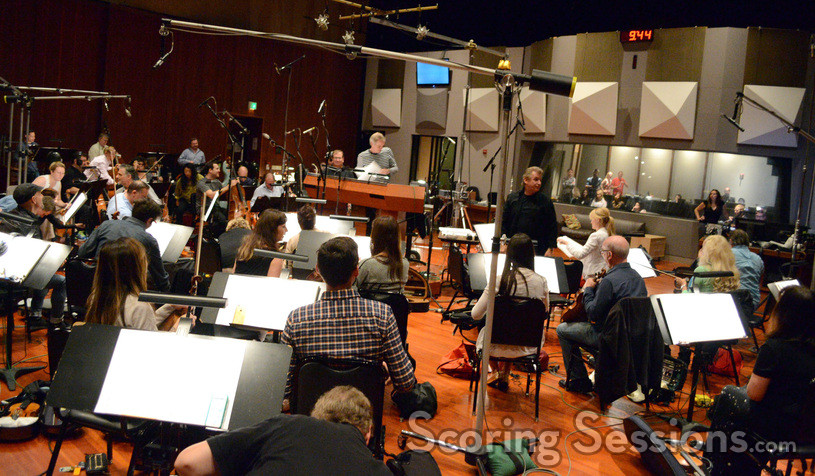 The score to Black Mass is a very different score from what people have heard in the past from Holkenborg. Nick Glennie-Smith conducted an 80-piece ensemble of the Hollywood Studio Symphony, comprised entirely of strings (73 of them!) and woodwinds, to give the score a dark chamber sound. 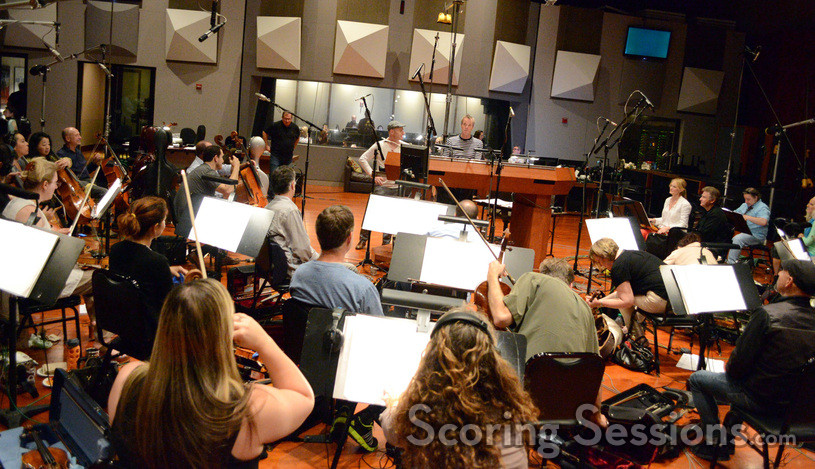 Composer Tom Holkenborg thanks the orchestra

Additionally, solo cello is featured prominently in the score, performed by Steve Erdody. Holkenborg sat with Erdody as he recorded his solos and was very hands on in the shaping of the performance. 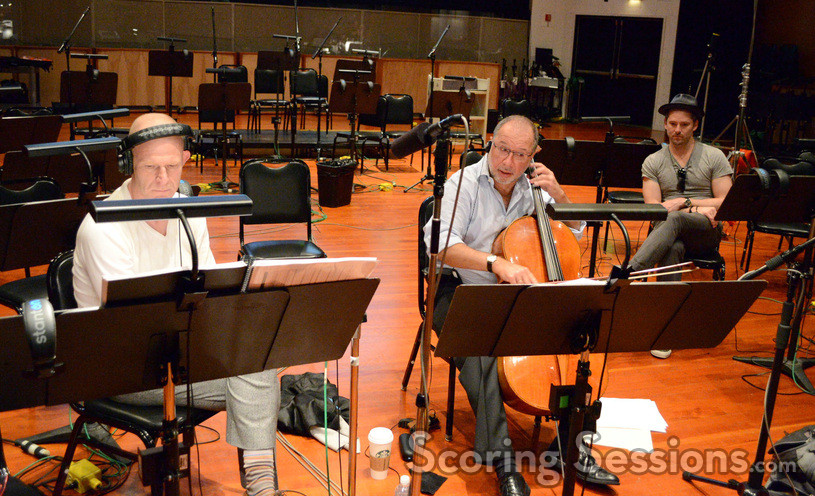 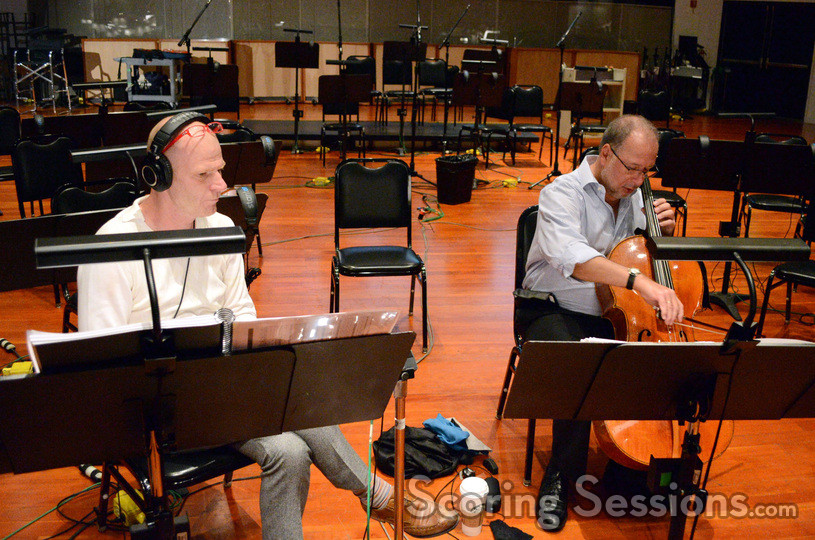 In the booth, while Nick Glennie-Smith was conducting the orchestra, Holkenborg was at the main console, running the show. A jack of all trades, Holkenborg composed, arranged, orchestrated, recorded, produced and mixed the score. But there’s still a team of people to help out at the session. Score recordist Tom Hardisty was not there when we visited, and Greg Hayes was filling in for him. Similarly, ProTools operator Larry Mah was filling in for Vinnie Cirilli. Additional music programming was handled by Stephen Perone, Emad Borjian and Aljoscha Christenhuß. 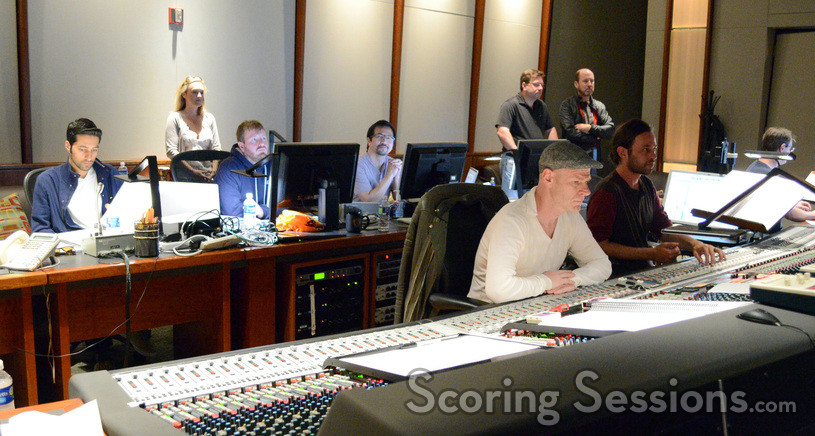 Inside the booth at Warner Bros. while recording Black Mass 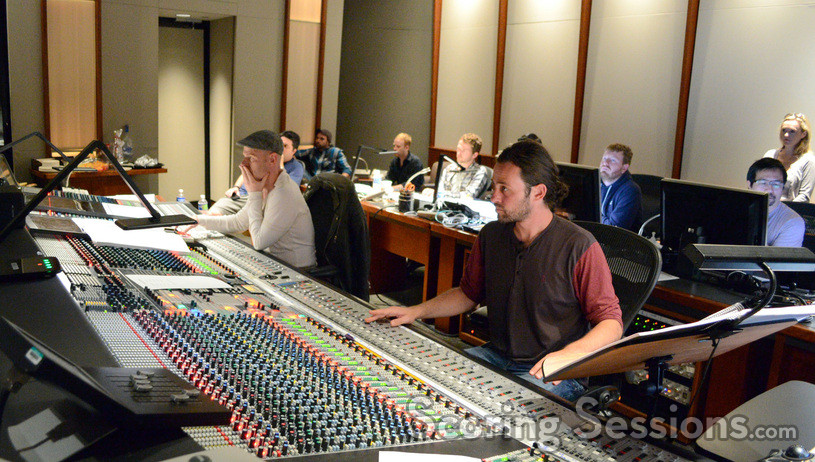 Black Mass opens in theaters today, and the soundtrack is available from WaterTower Music. Check out a video about the music to the film, below!