Back in January, Emmy-winning composer Jeff Beal was recording music for the last two episodes of fourth season of the hit Netflix original series, House of Cards. Scoring took place at his home in Agoura Hills, CA, where Beal conducted a 26-piece string ensemble. ScoringSessions.com is delighted to bring our readers a look at the session! 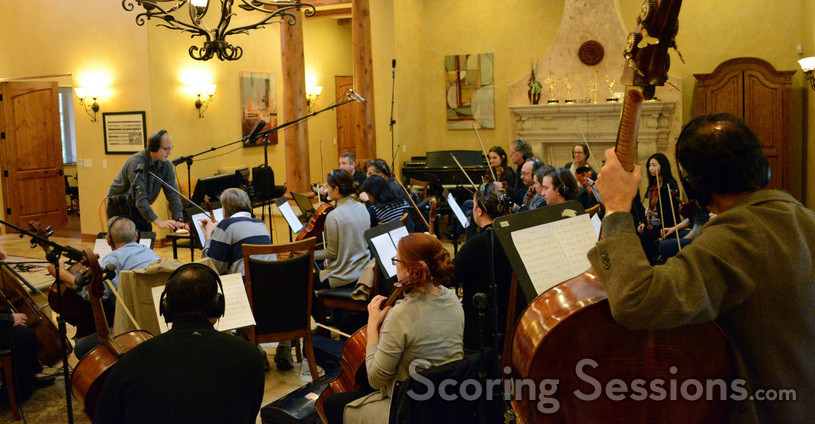 Recording for House of Cards took place at the Beal’s home studio, where he has set up a performance/recording space in his living room. It was literally a one-man show, with Beal running the session from his digital podium, recording into Logic. 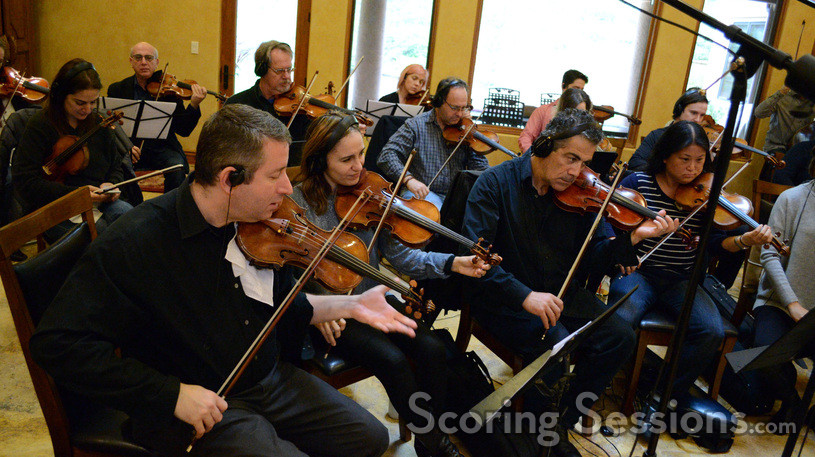 The orchestra tunes up prior to the session 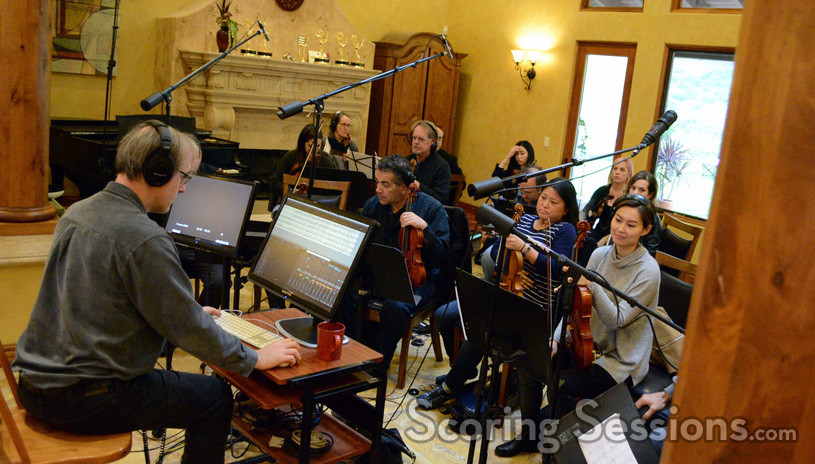 Composer Jeff Beal at work with the violins and violas 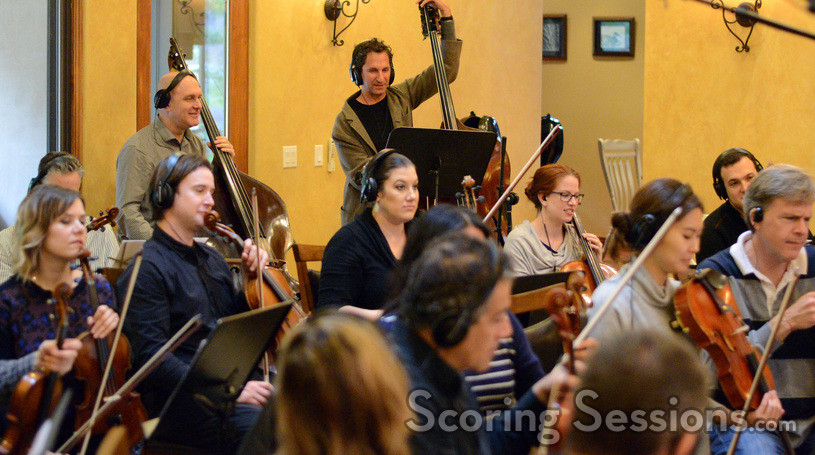 The orchestra records a cue for House of Cards: Season 4 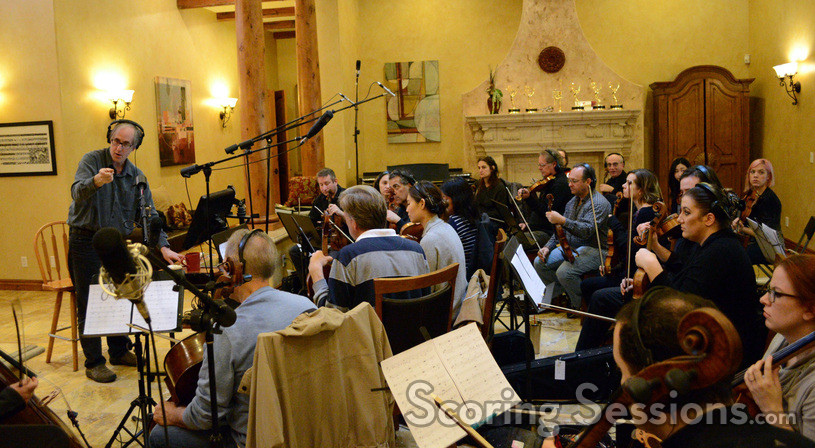 Composer and conductor Jeff Beal talks with the cellos and basses

To optimize his workflow, the sheet music in front of each musician was presented not as separate cues, but rather as one elongated sequence, with Beal working through the various measures. The score for House of Cards features not only the strings that Beal recorded, but also employs trumpet, piano and electronics, all performed by Beal. It’s also a family affair, with Beal’s wife Joan providing vocals, and his son Henry performing electric bass. New for season four is the inclusion of Peter Erskine on drum set. 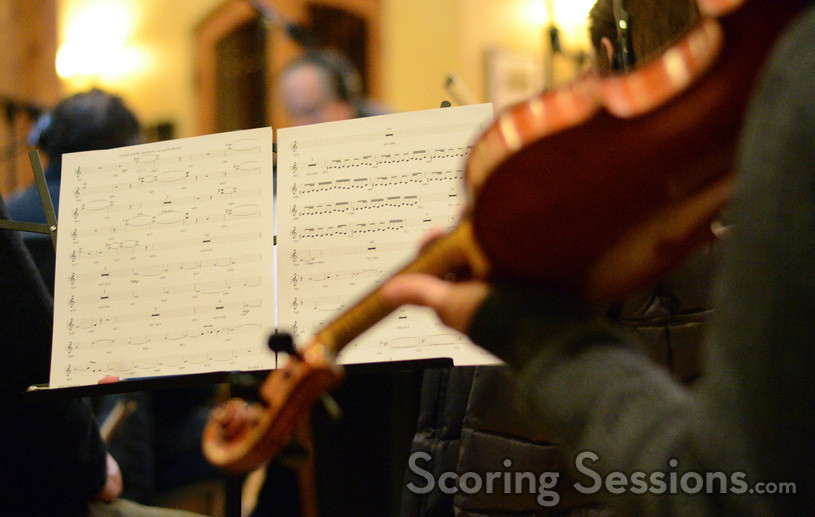 A peek at the violin part for composer Jeff Beal’s score for House of Cards: Season 4 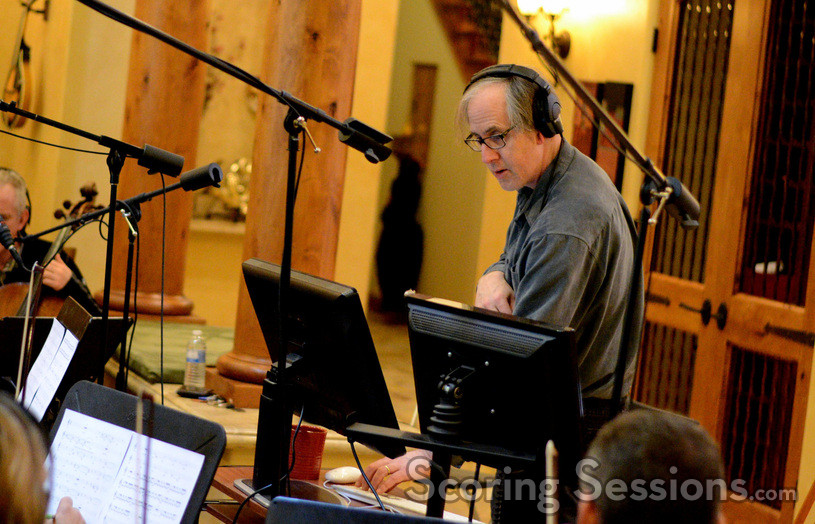 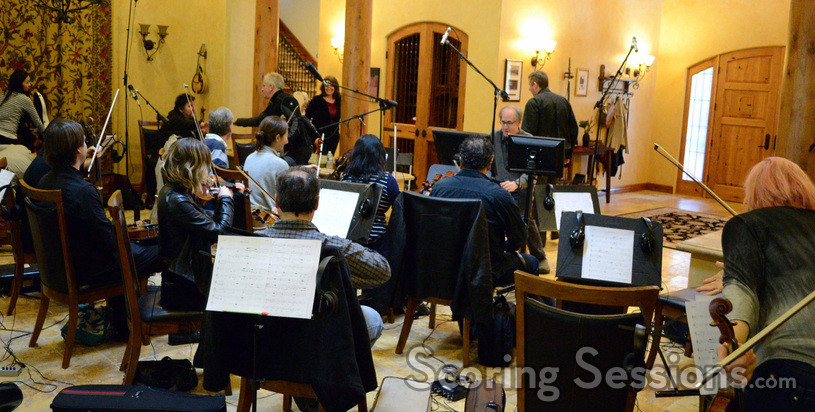 The musicians finish setting up for the session 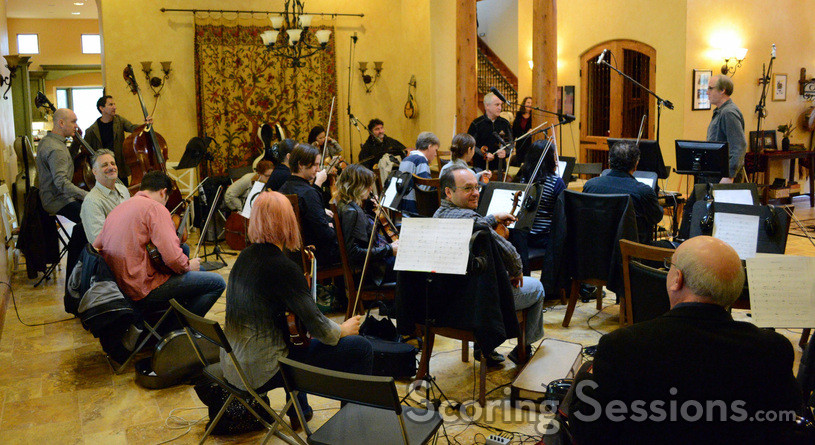 The orchestra on the the House of Cards: Season 4 sessions

Jeff Beal goes through a sound check with the orchestra

All 13 episodes of House of Cards Season Four are now available exclusively on Netflix. A soundtrack album will be released by Varese Sarabande on April 15, 2016.