Earlier this spring, composer John Ottman recorded his score to X-Men: Apocalypse, his third outing in the comic book film series. Directed by longtime collaborator Bryan Singer, the music for the film was recorded at the Newman Scoring Stage at 20th Century Fox, and ScoringSessions.com is thrilled to bring our readers a huge gallery of exclusive photos from the sessions!

Recording for X-Men: Apocalypse took place at the Newman Scoring Stage with a 97-piece ensemble of the Hollywood Studio Symphony, conducted by Jeffrey Schindler. Ottman does use his original theme from X2: X-Men United in the score, as well as a few other nods to previous thematic material, but predominantly created new themes for the major characters, including Apocalypse and Jean Gray. Beethoven’s 7th Symphony is referenced in an exciting sequence, and the ancient Egypt prologue, which we saw scored, showcased Apocalypse’s theme in a powerful way. 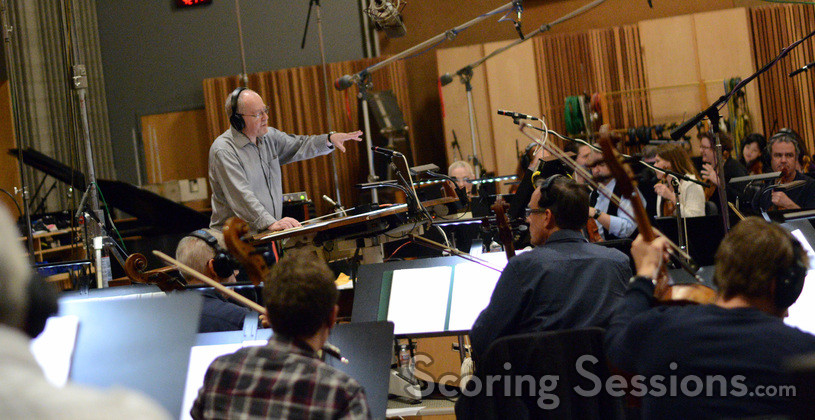 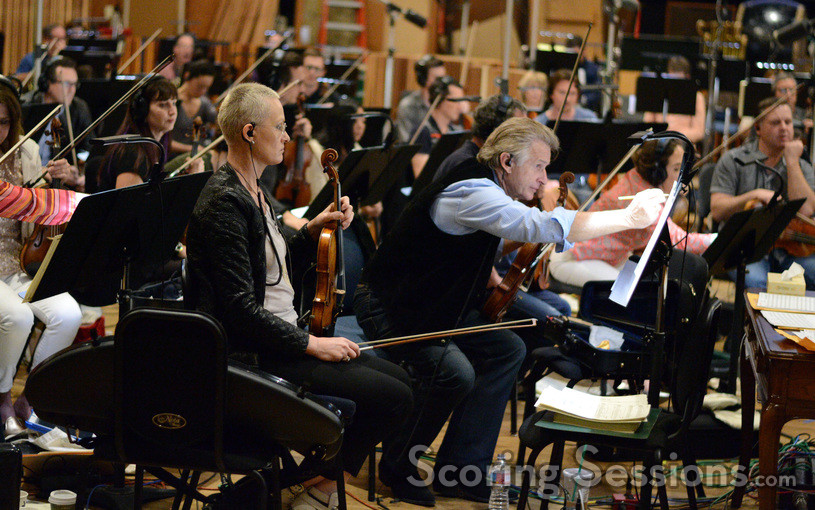 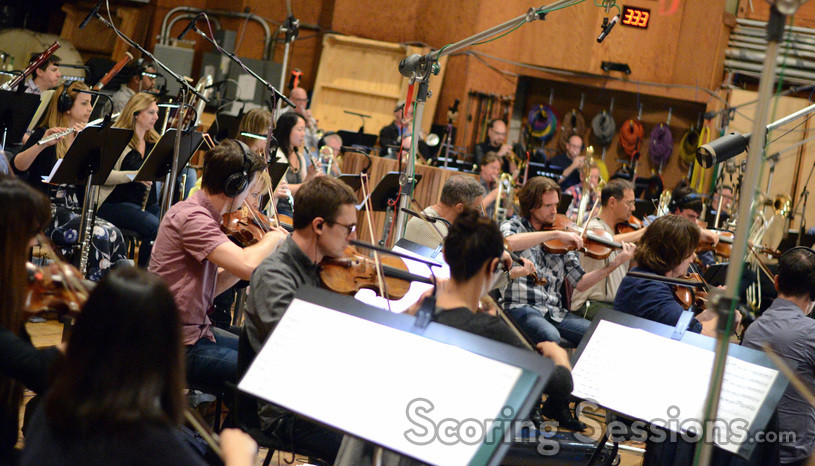 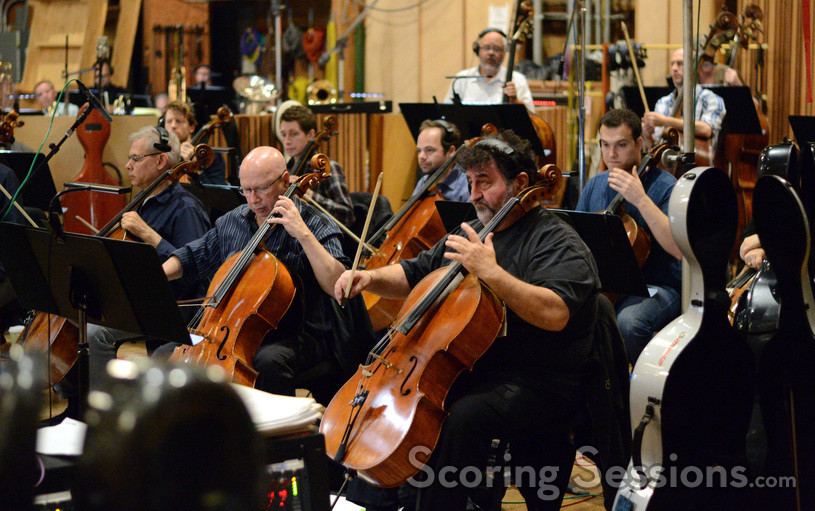 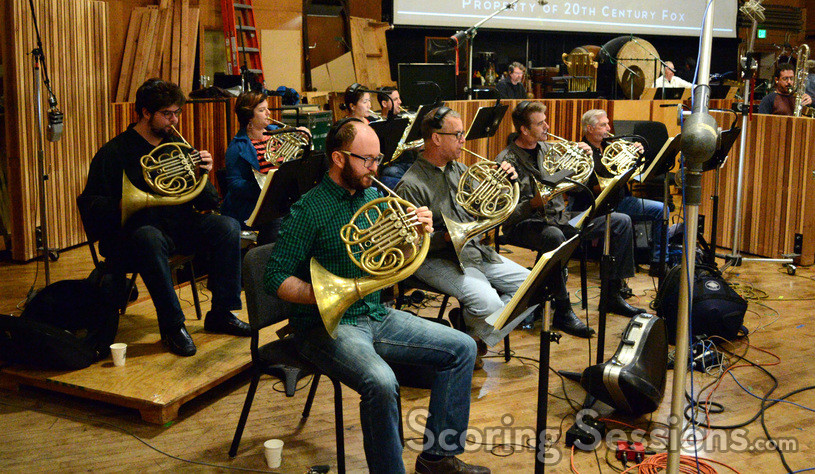 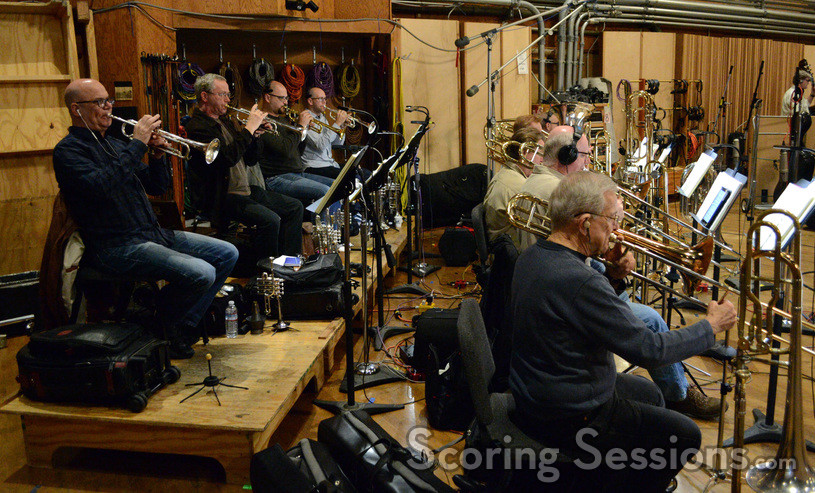 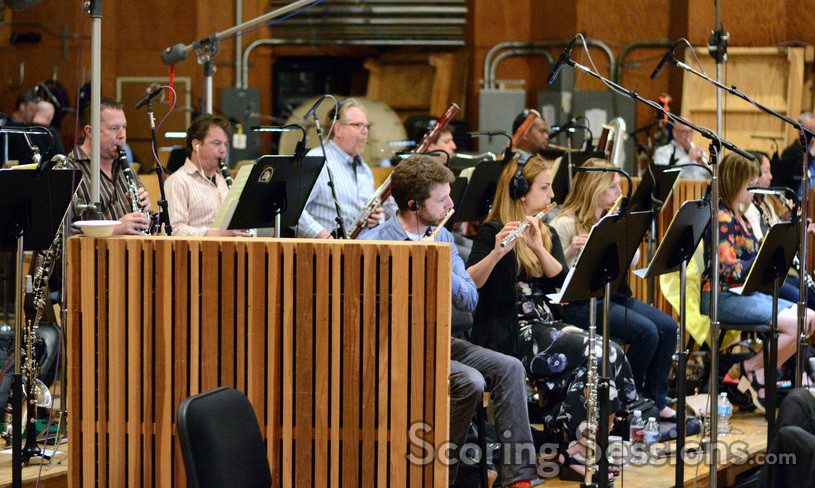 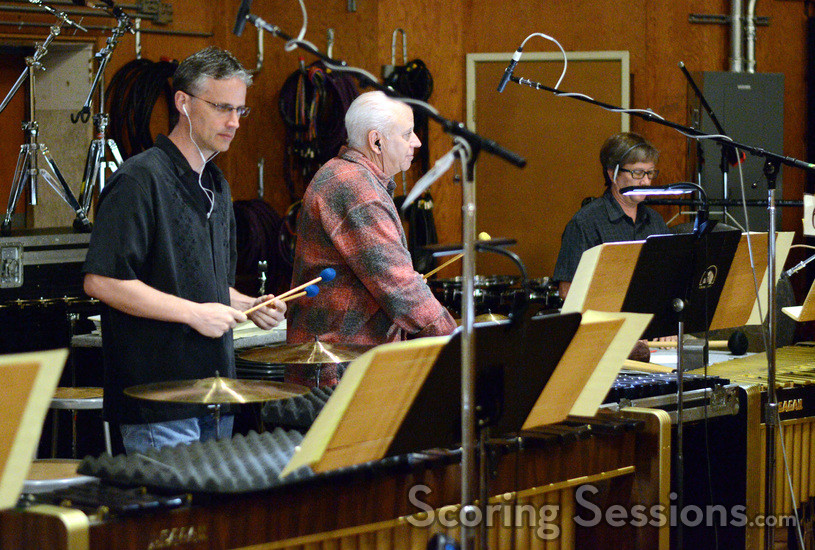 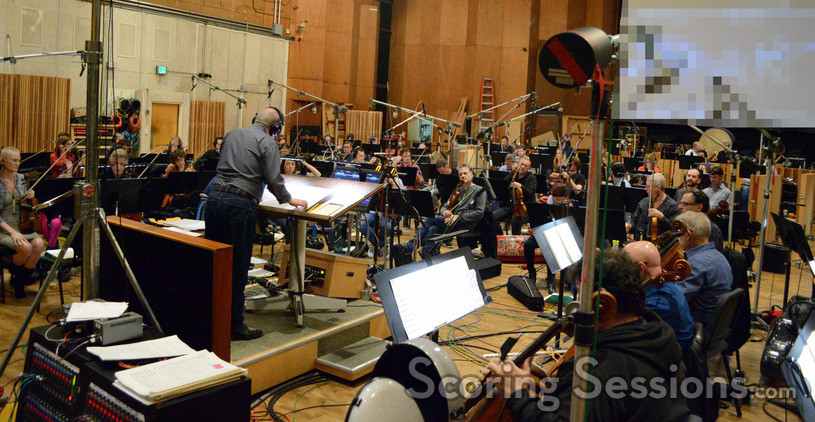 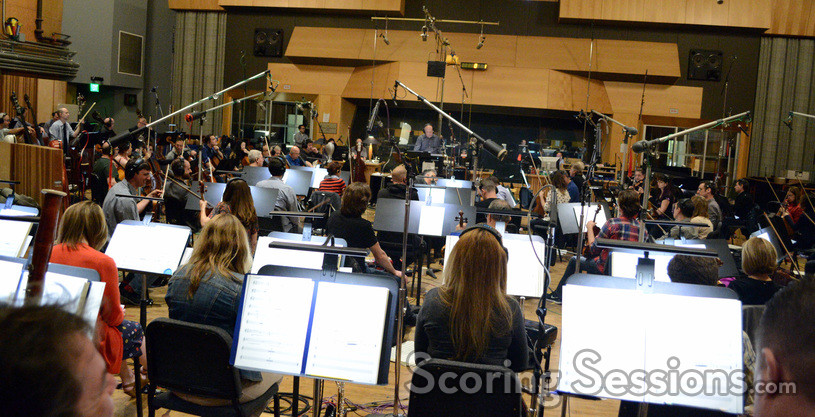 The view from the woodwind section on the X-Men: Apocalypse sessions

In the booth, John Ottman would give his feedback to Schindler on the stage, and he was aided by his usual team, including scoring mixer Casey Stone, lead orchestrator Rick Giovinazzo, music editors Amanda Goodpaster and Joe Bonn, and ProTools recordist Kevin Globerman. Director Bryan Singer was not at the session we attended, as he was busy finishing post-production, but he did come by a few times to check out the music. Orchestration was handled by John Ashton Thomas, Jason Livesay, Nolan Livesay, Andrew Kinney, Jon Kull and Pete Anthony. 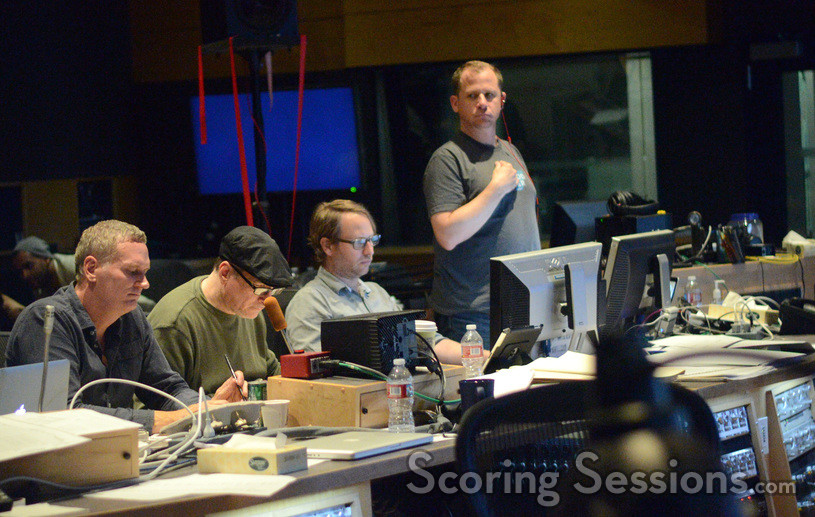 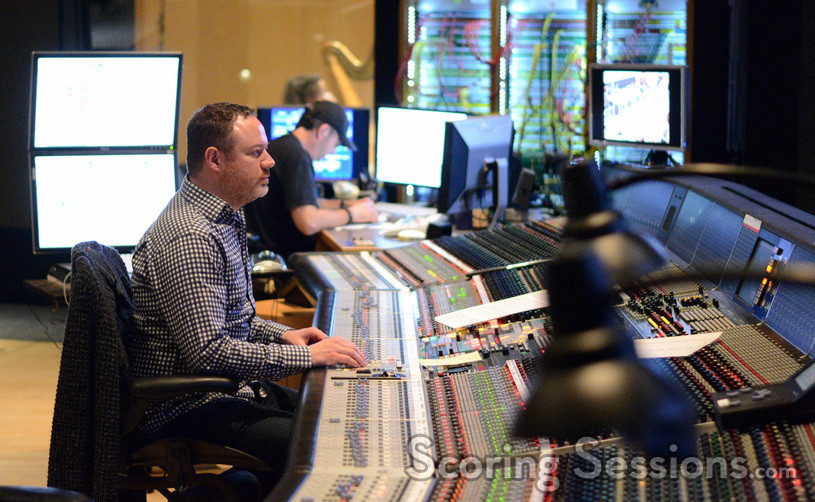 The view from the back of the booth

Ottman, who also serves as the film’s editor and co-producer, was heavily involved in every aspect of the film, from pre-production to production and post-production, which he discusses in this excellent SoundWorks Collection interview with Jon Burlingame.