Posted on September 8, 2017 by Dan Goldwasser

Over the past few months, award-winning composers Bruce Broughton, John Debney and Joel McNeely have been recording music for Seth MacFarlane’s new sci-fi ‘dramedy’, The Orville. ScoringSessions.com is thrilled to bring our readers exclusive photos from a few of the sessions, recorded with a large orchestra at the Newman Scoring Stage at 20th Century Fox! 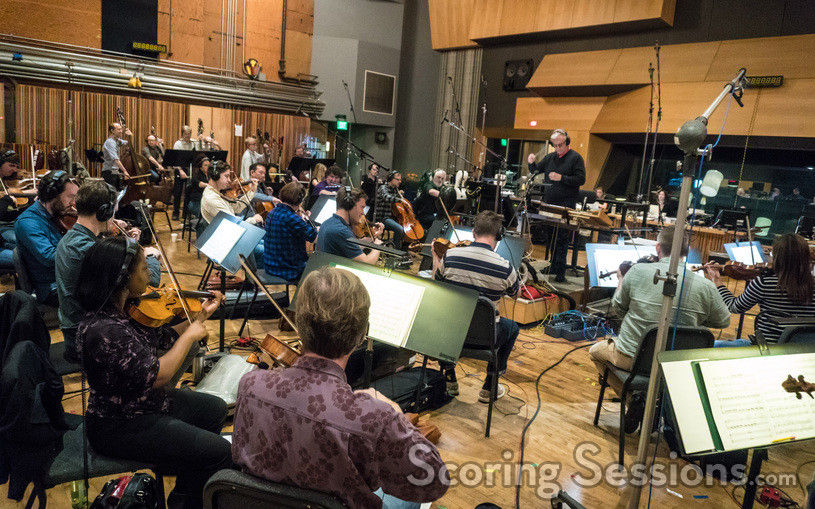 Bruce Broughton was brought on board to create the main theme for The Orville, and scored the series’ pilot episode. Series creator and star Seth MacFarlane had said he wanted “the Silverado orchestra”, and so Broughton employed a 75-piece orchestra to perform the inaugural score. Prior to the first session, MacFarlane had only heard a piano theme – Broughton wrote and orchestrated his score by hand, and it wasn’t until the recording session that everyone got to hear the fully fleshed out work. 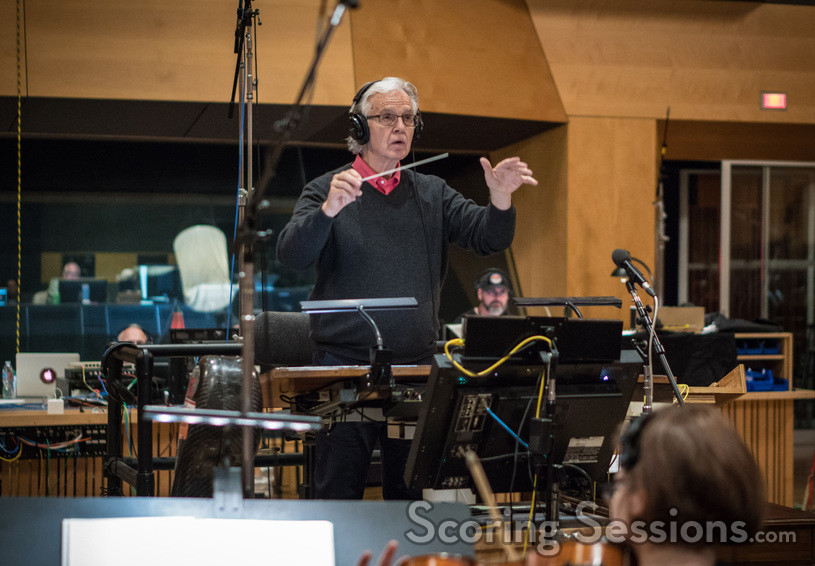 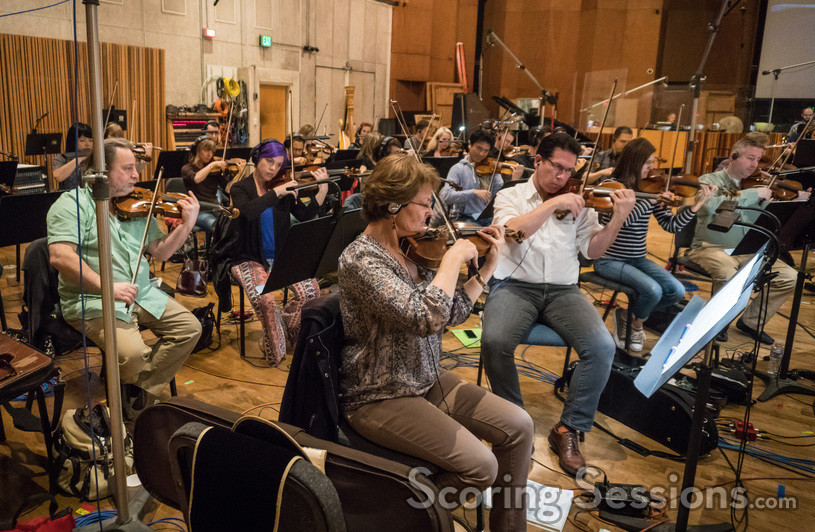 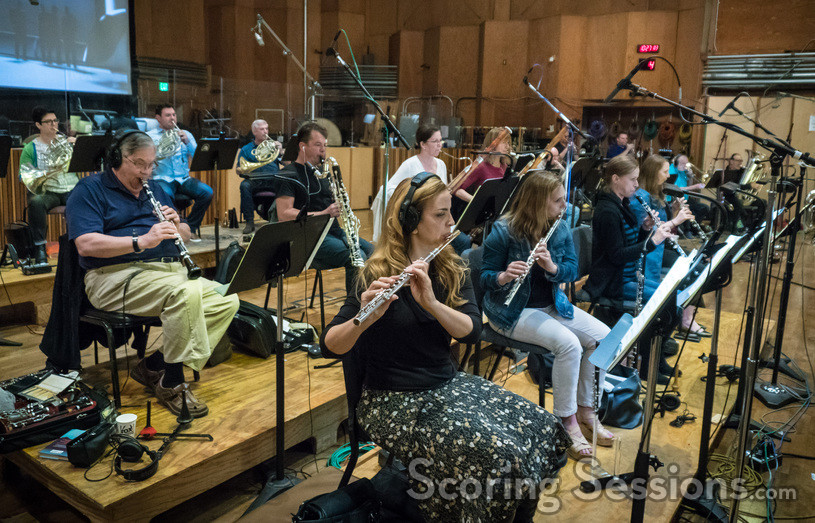 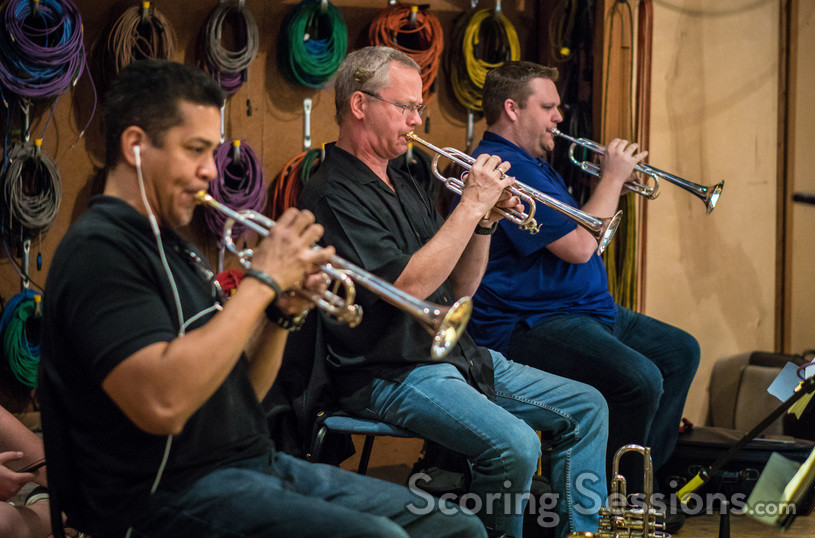 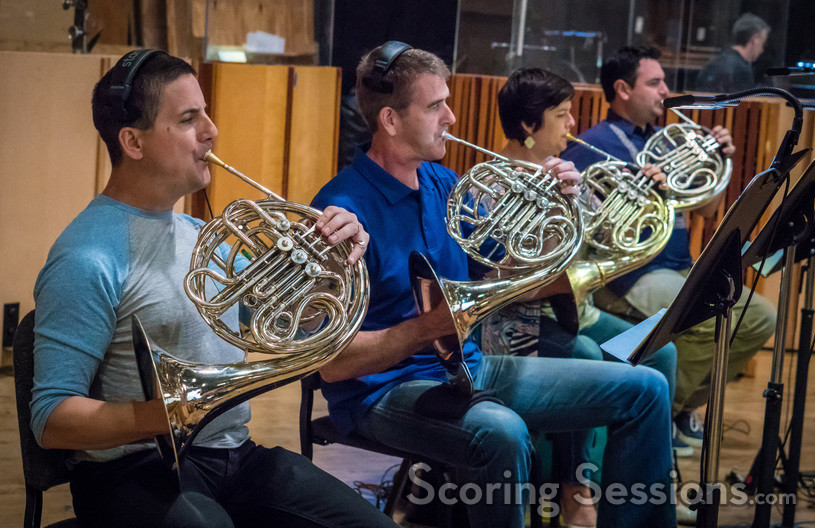 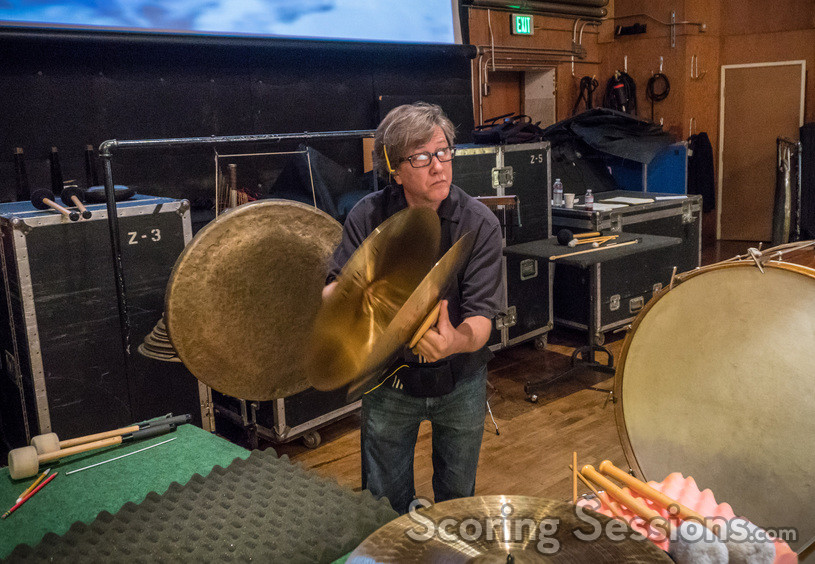 Composers Joel McNeely and John Debney are scoring the other episodes of the show, alternating each episode. Both of them are taking advantage of the large orchestral setup, writing music that would easily rank up there with Jerry Goldsmith’s Star Trek film scores. 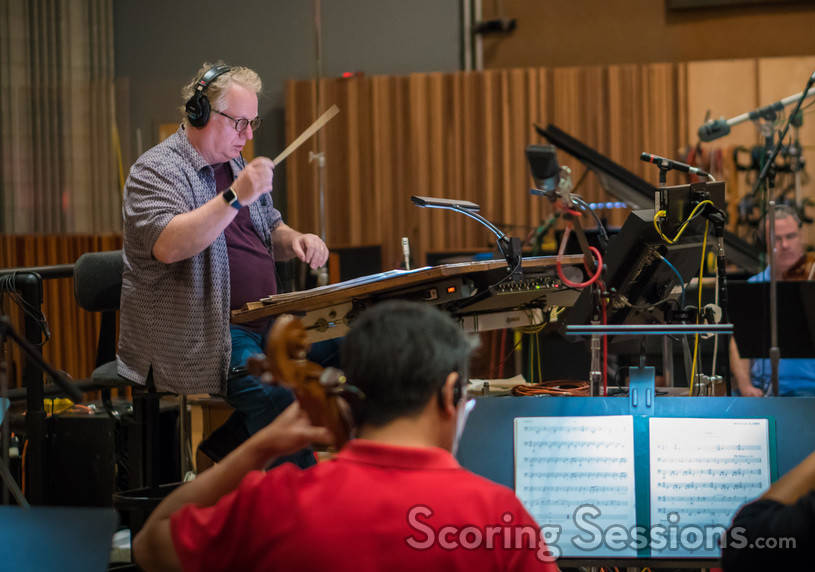 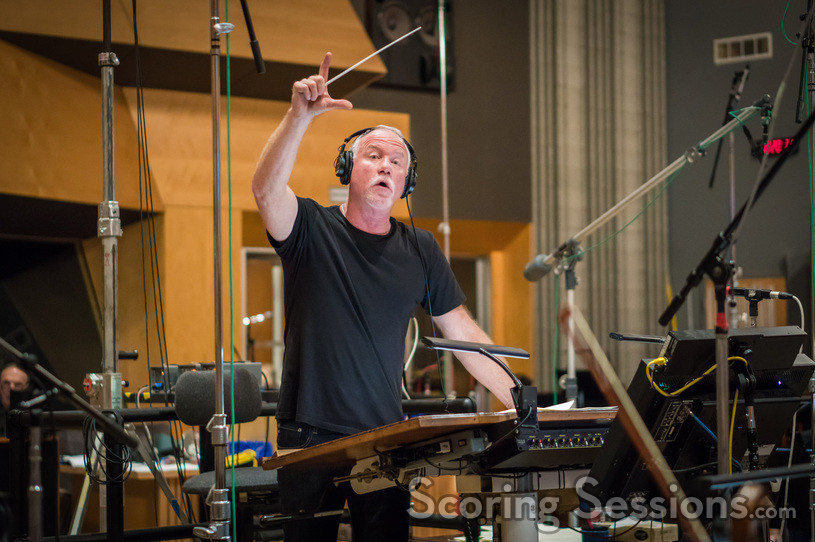 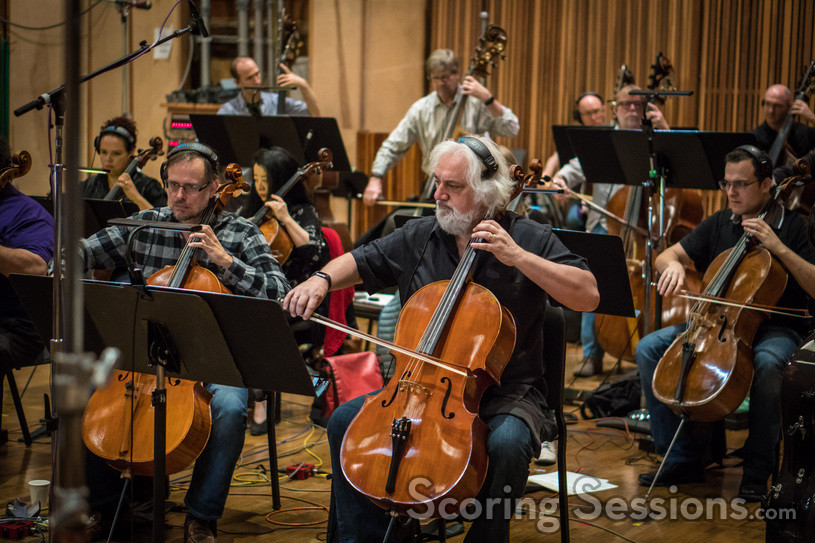 The cellos, led by Andrew Shulman

In a direct nod to Goldsmith’s iconic work, Debney brought in good friend and musician Craig Huxley to perform his unique and legendary musical instrument: the Blaster Beam! 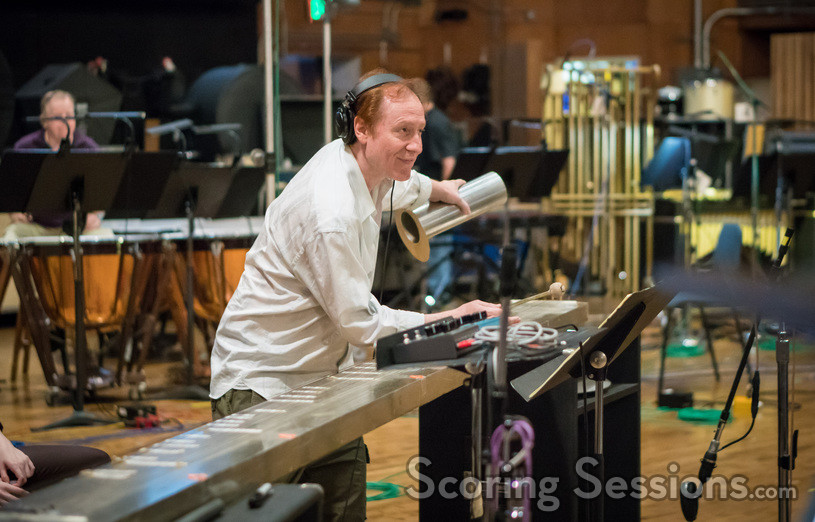 Craig Huxley performs on his legendary instrument: the Blaster Beam!

In the booth, each of the three composers had their own teams. Broughton used scoring mixer Armin Steiner and ProTools recordist Steve Hallmark, and Auricle operator Richard Grant. McNeely had orchestrator Dave Slonaker, and scoring mixer Richard Breen. Debney had orchestrator Kevin Kaska and scoring mixer Noah Snyder. Both McNeely and Debney used ProTools recordist Larry Mah, and everyone had music editor Stan Jones on board, as well as music librarian Joe Zimmermand and head of music preparation Mark Graham. 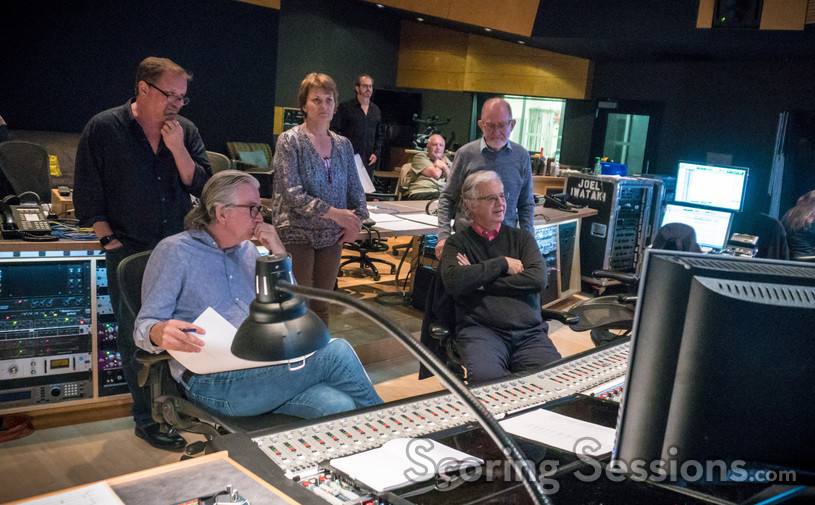 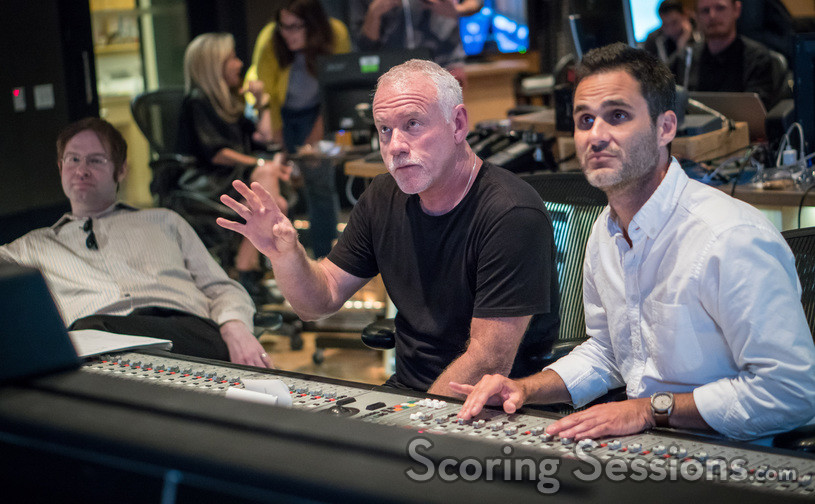 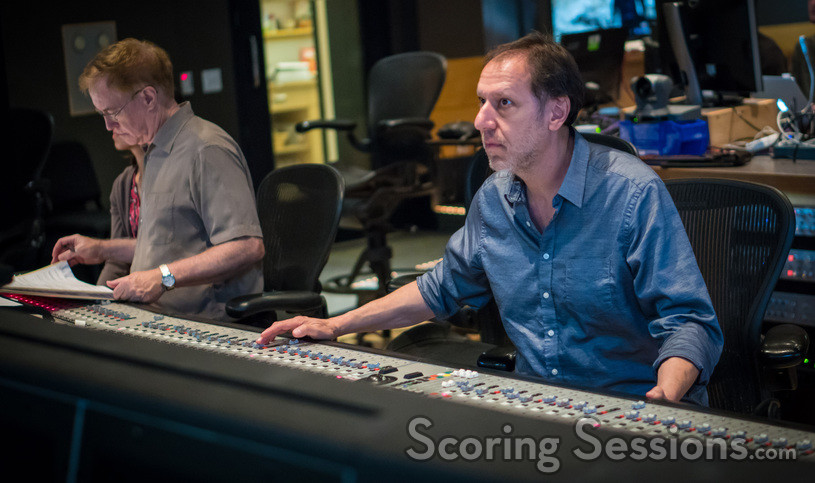 The Orville premieres this Sunday, September 10th, on Fox.