Last fall and this spring, award-winning composer Randy Kerber recorded his score to the dramatic short film, Cello, featuring Grammy-winning artist (and the film’s star) Lynn Harrell on cello. A song Kerber co-wrote with Glen Ballard performed by Lara Fabian was also recorded, and we are delighted to bring our readers photos from the scoring sessions at Sony!

Directed and written by Angie Su, the film stars Grammy-winning cellist Lynn Harrell as a man diagnosed with Lou Gehrig’s disease, who seeks to die with dignity rather than suffer the effects of the debilitating illness. Su based the story on her personal experience with her own grandfather, and Kerber tapped into that emotional connection between grandfather and granddaughter with his melodic and touching score. 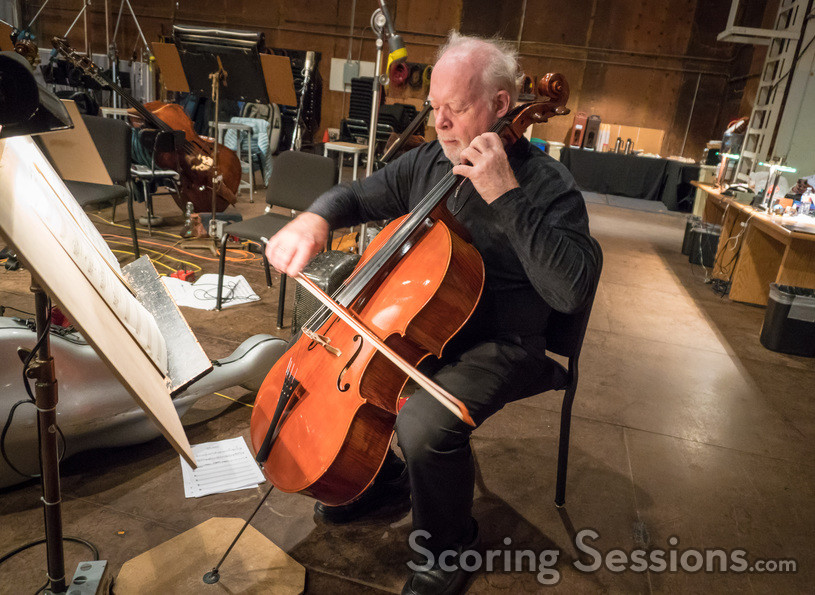 In the fall of 2016, the first recording session saw Kerber conducting the score – while also playing piano. 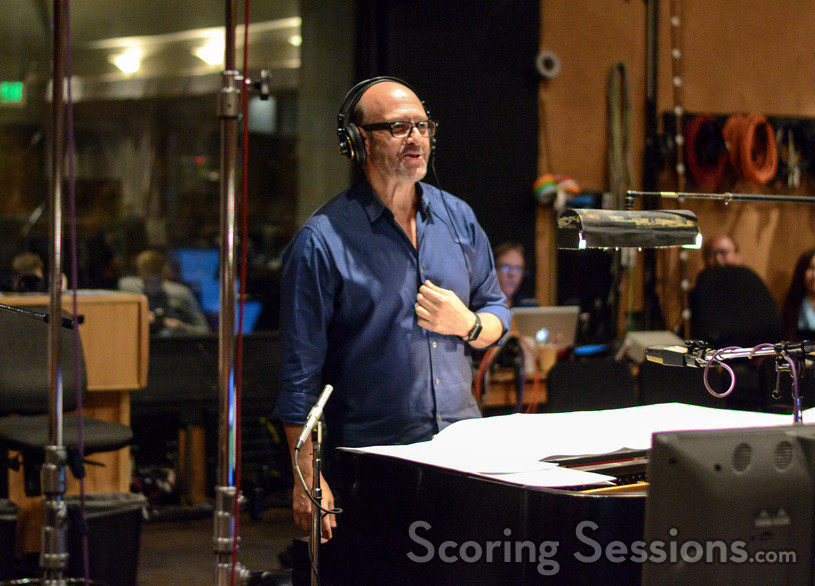 Composer Randy Kerber talks with the orchestra before conducting his score to Cello. Note he is standing at the piano which he also performed. 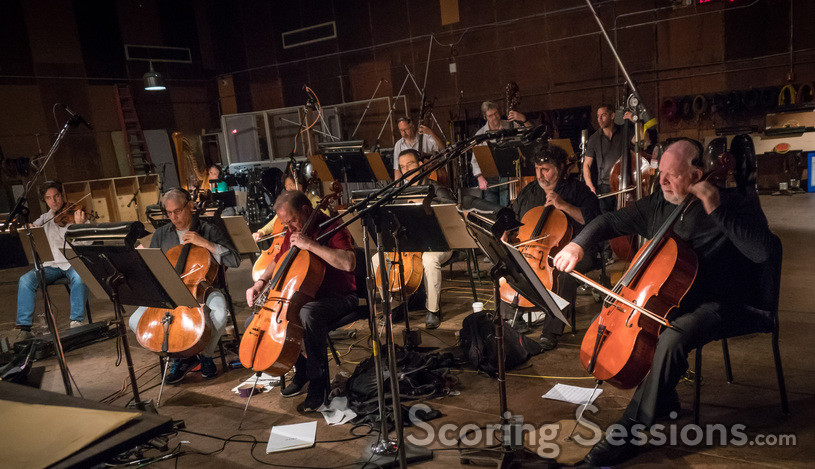 The cello section on Cello 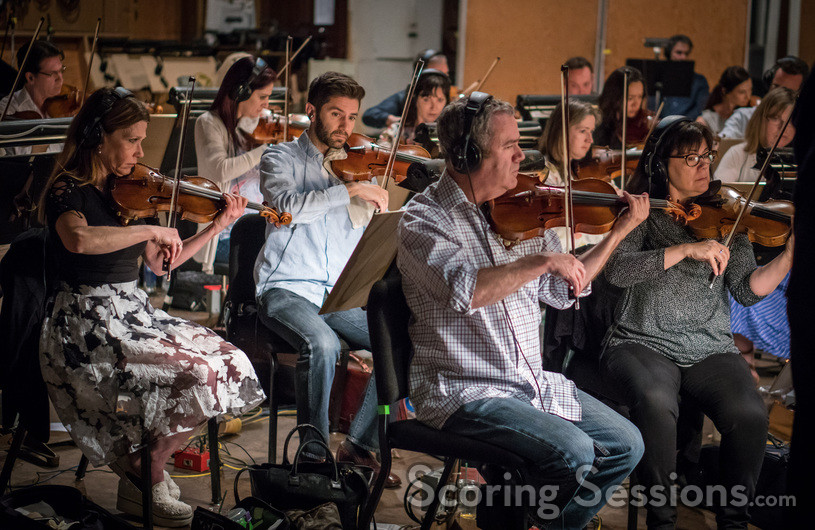 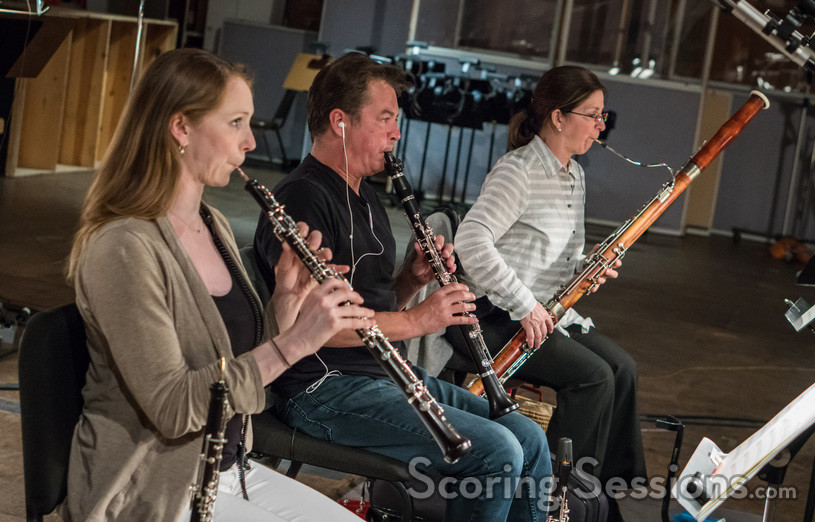 For the second recording date, William Ross was brought in to conduct the end credits song, "Remember Me". 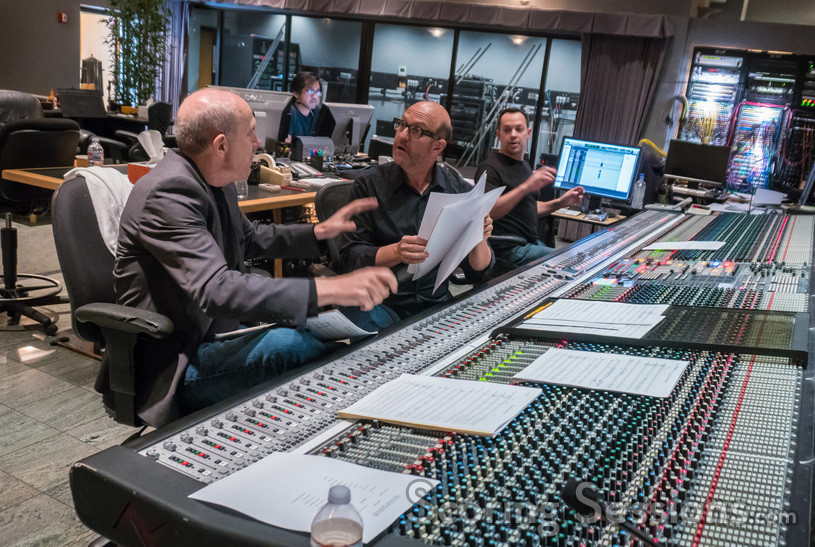 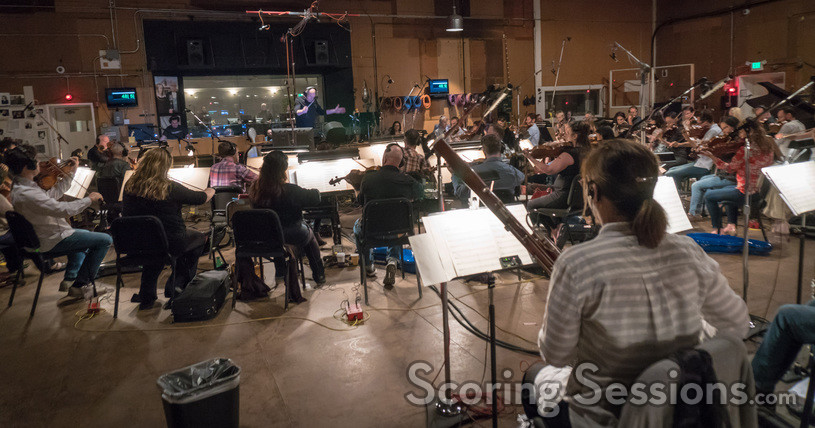 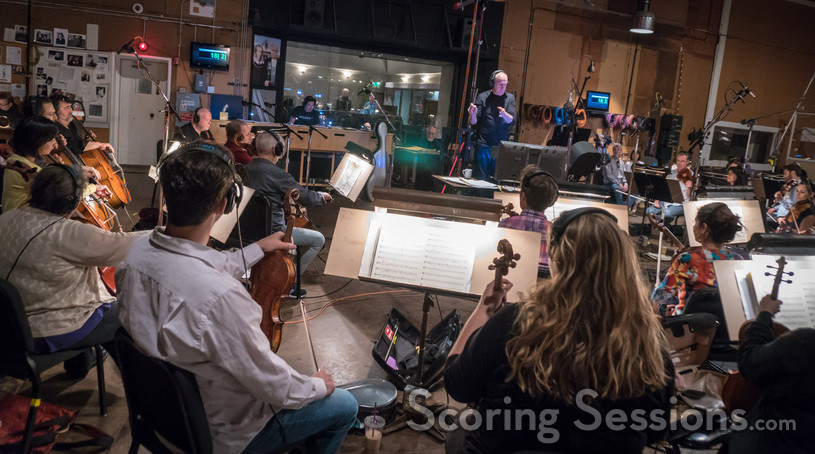 The end credits song was written by Kerber with acclaimed lyricist Glen Ballard, and award-winning Belgian vocalist Lara Fabian was asked to perform it. She started out recording in the booth next to the control room… 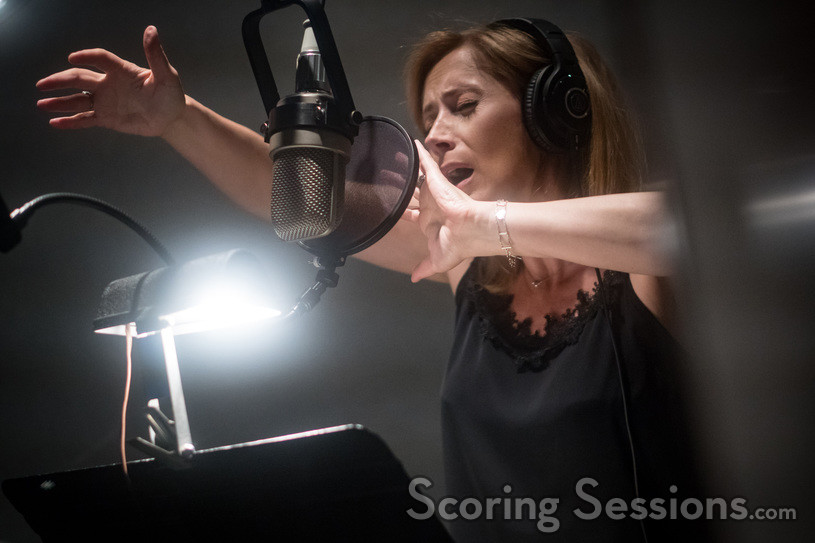 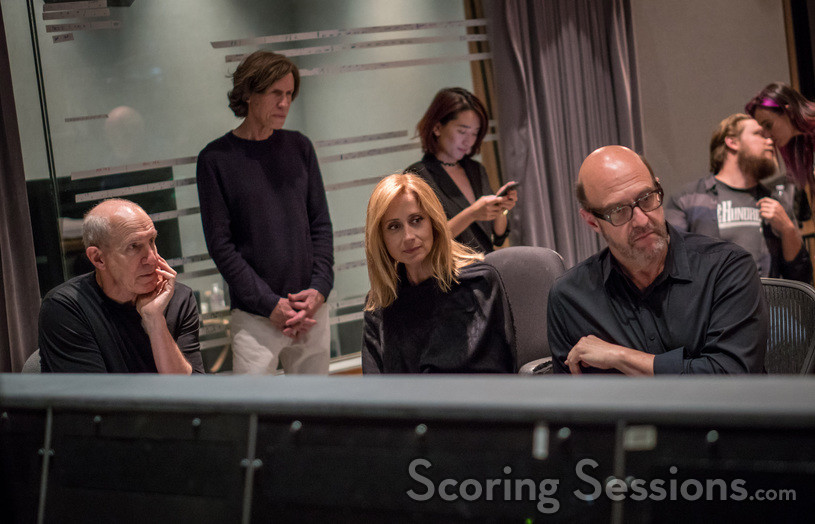 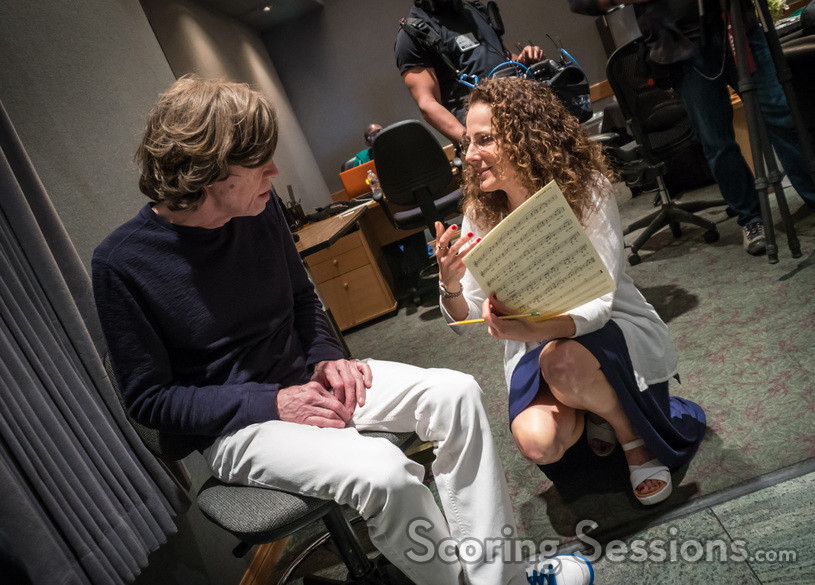 …but at the suggestion of Randy’s special guest, John Williams, they moved her out on the stage where she could perform in the same space as the orchestra. A difference that was quite palpable. 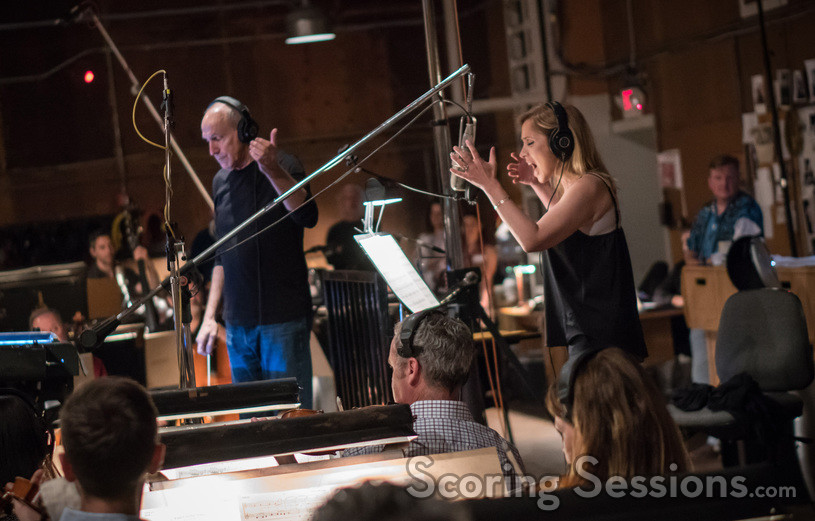 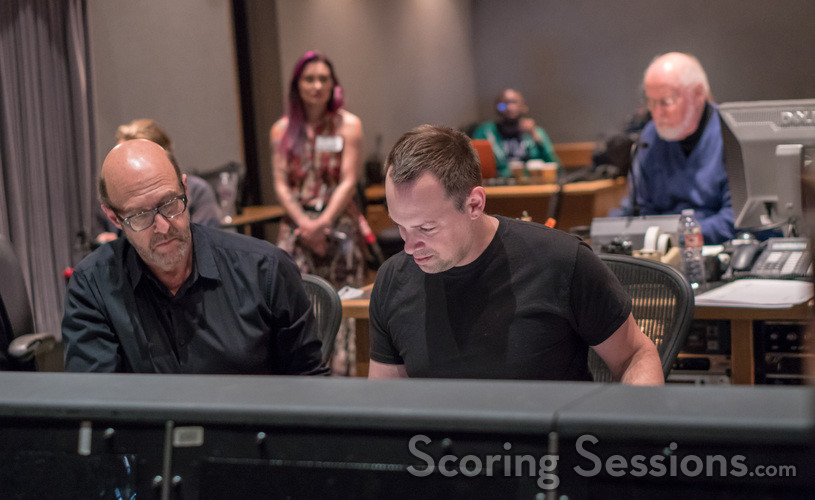 Scoring mixer Adam Michalak made sure everthing sounded spectacular. Producer (and studio violinist) Helen Nightengale gave feedback from the booth, and in the back, Keith Ukrisna handled the ProTools recording. 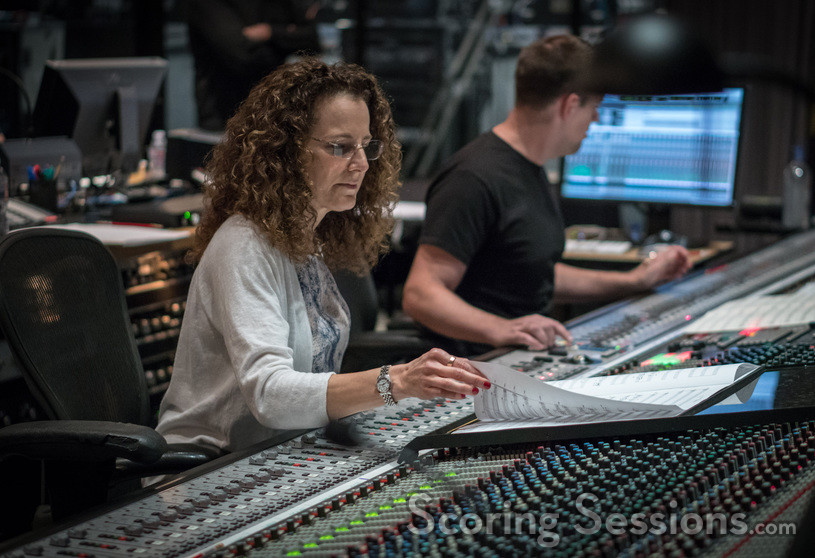 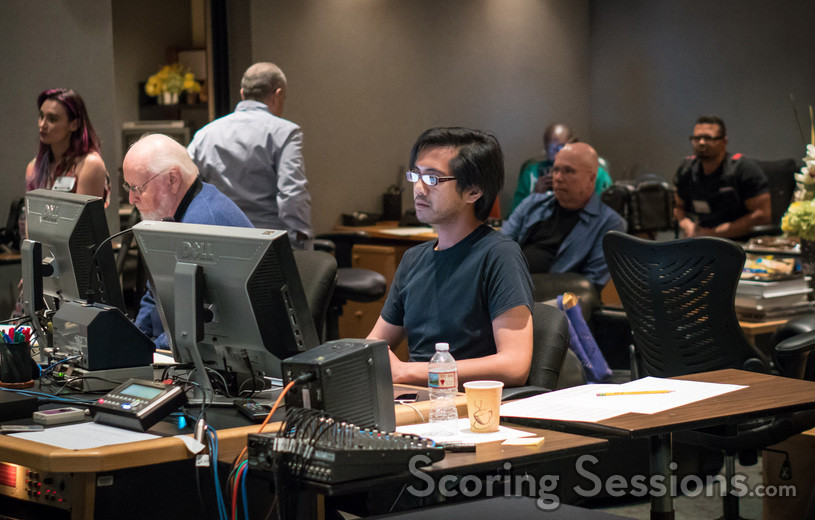 Cello premiered at the Downtown Independent Theater in Los Angeles on September 8, 2017, and screenings will be taking place this fall. Be sure to check out the official website for details. A soundtrack album featuring Kerber’s score, as well as the song "Remember Me" is available digitally from Varese Sarabande, and a physical CD is coming on Sept. 29, 2017. 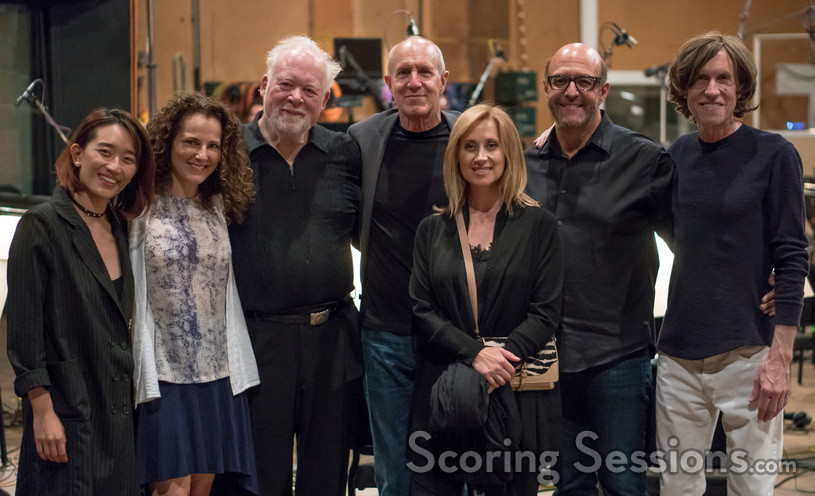