Earlier this year, Oscar-nominated composer John Powell recorded his score for the new Fox/Blue Sky Studios animated feature, Ferdinand. Based on the classic children’s book, the film was directed by Carlos Saldanha, with whom Powell had worked with previously on Robots, the Ice Age films, and the Rio films. Recording took place at the Newman Scoring Stage at Fox, and ScoringSessions.com is thrilled to bring our readers exclusive photos from the sessions! 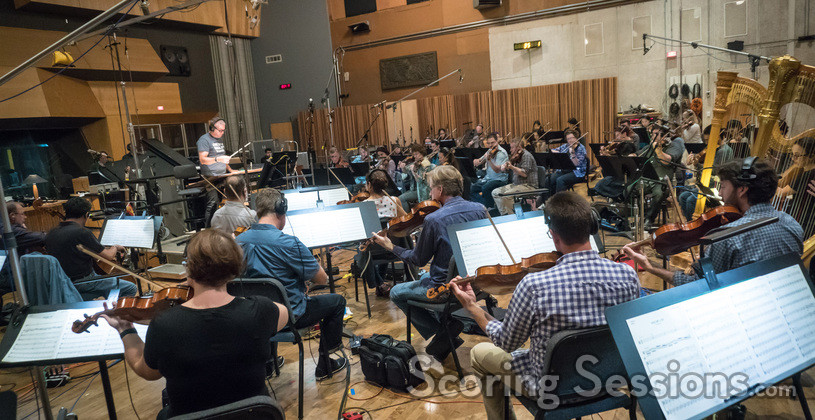 At Powell’s 5 Cat Studios, small ensembles were recorded, including flamenco guitar, percussion and various soloists. For the main orchestral scoring sessions, at Fox, Powell himself conducted the musicians. Strings, woodwinds, harp and piano were recorded separately from the brass, and a separate percussion session was also used, allowing for greater control in the intricate sound mix. 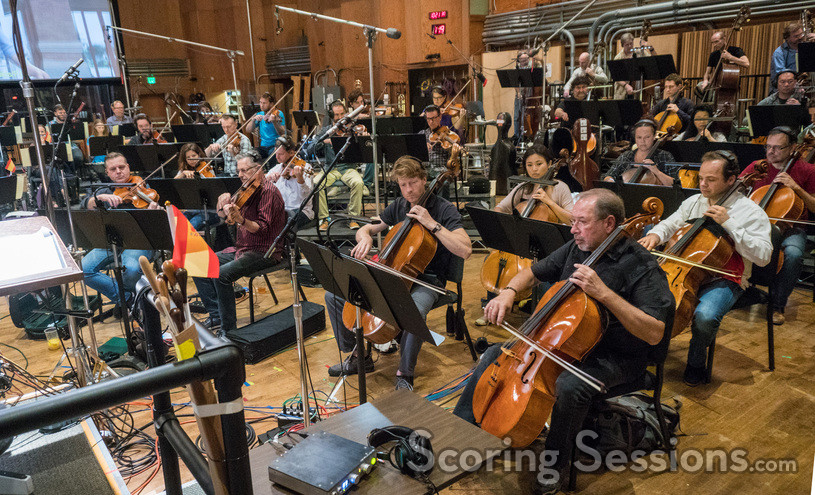 The viola, cello and bass sections 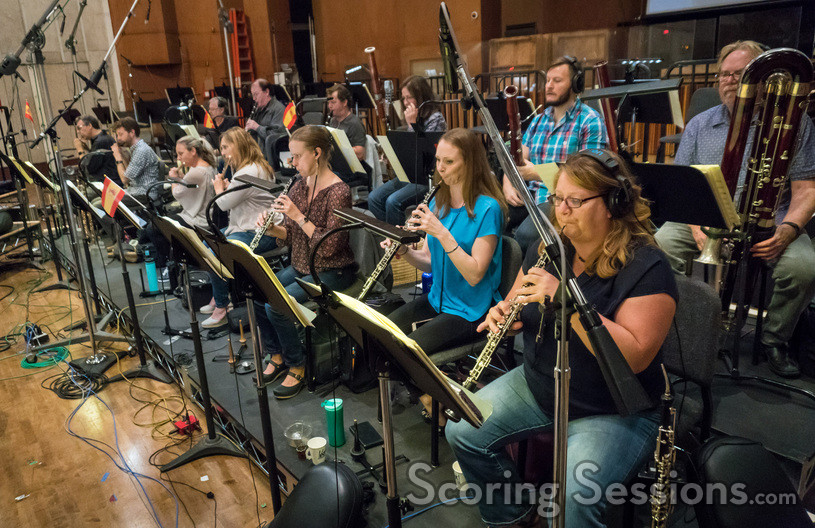 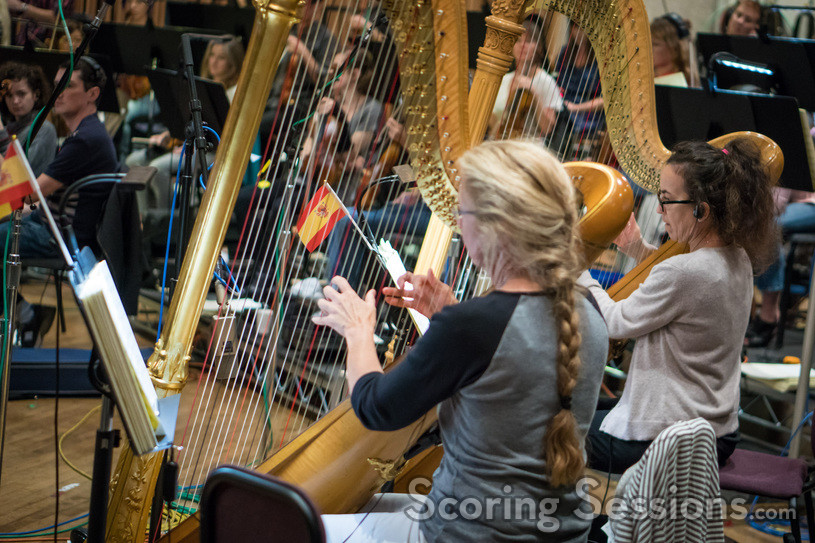 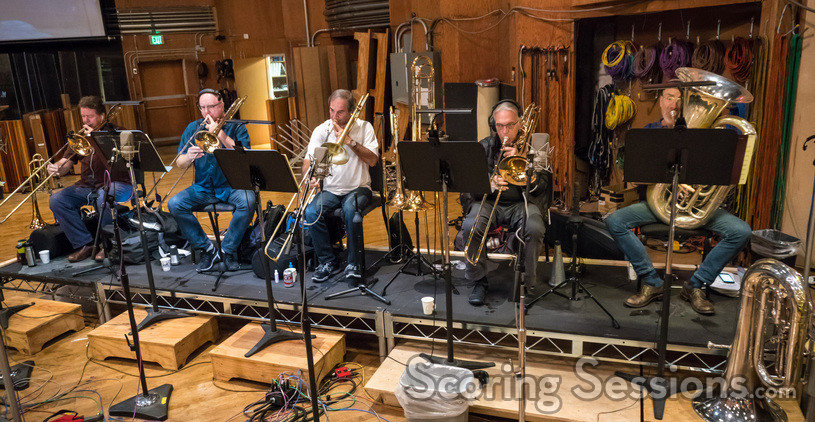 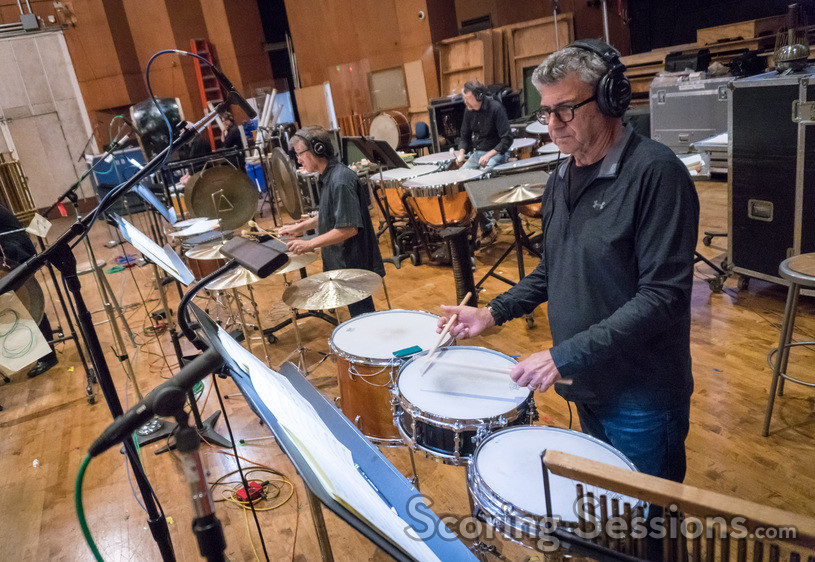 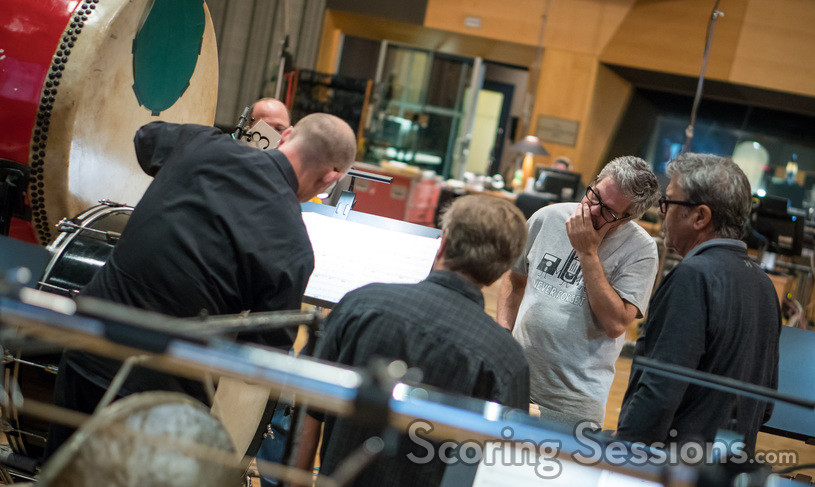 Director Carlos Saldanha was very hands on during the sessions, sitting next to the podium as Powell conducted, and giving feedback during playback in the booth. 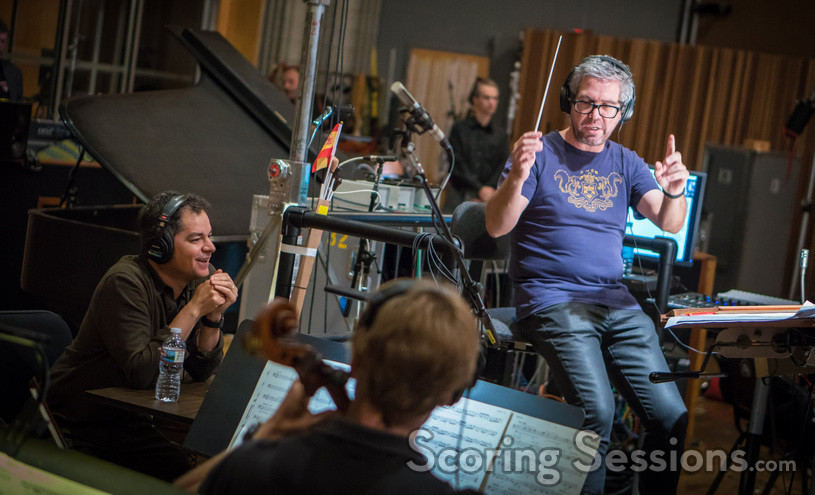 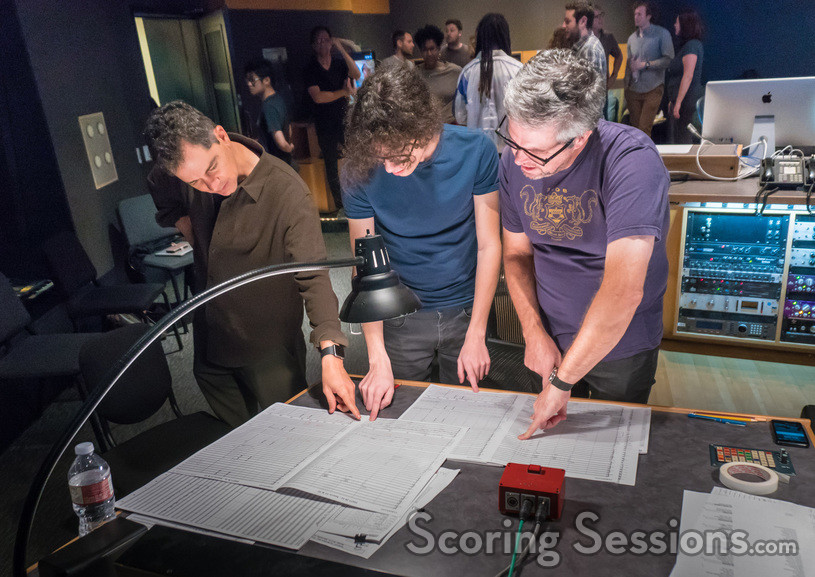 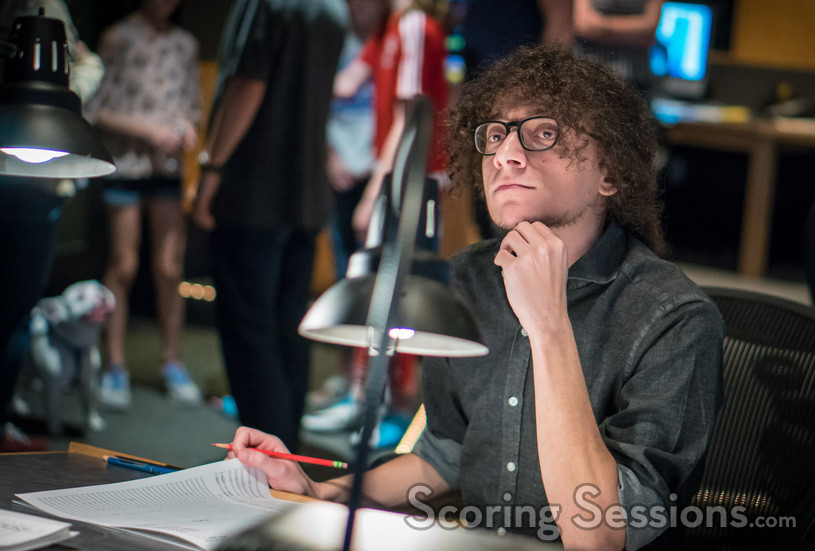 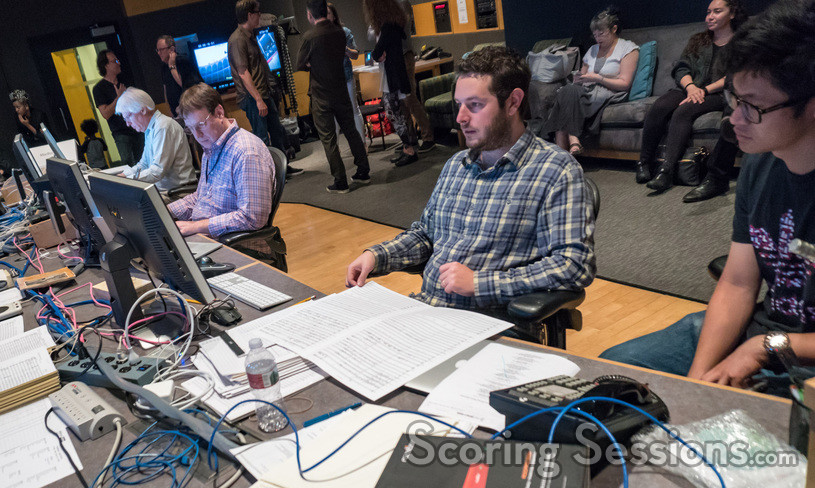 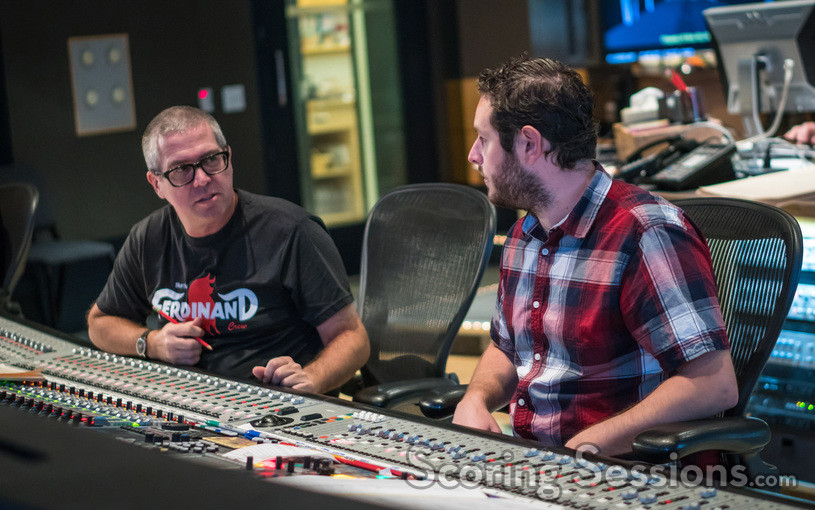 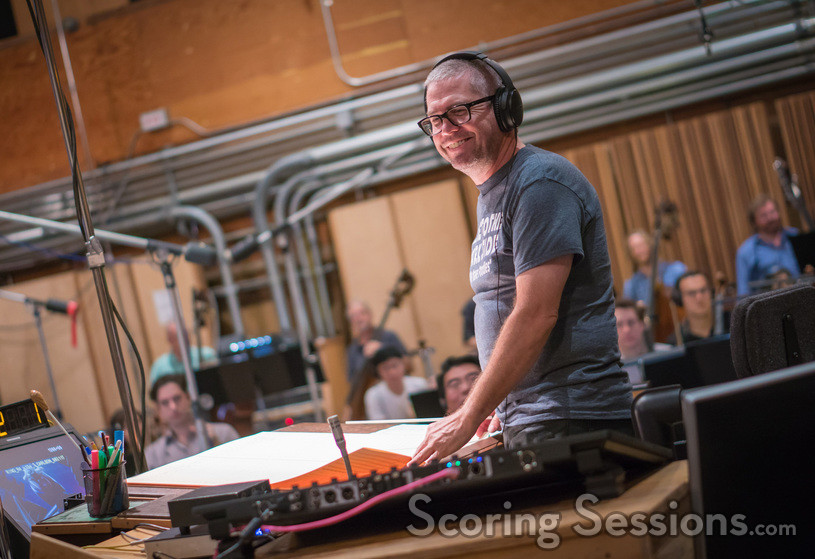 Composer/conductor John Powell at the podium 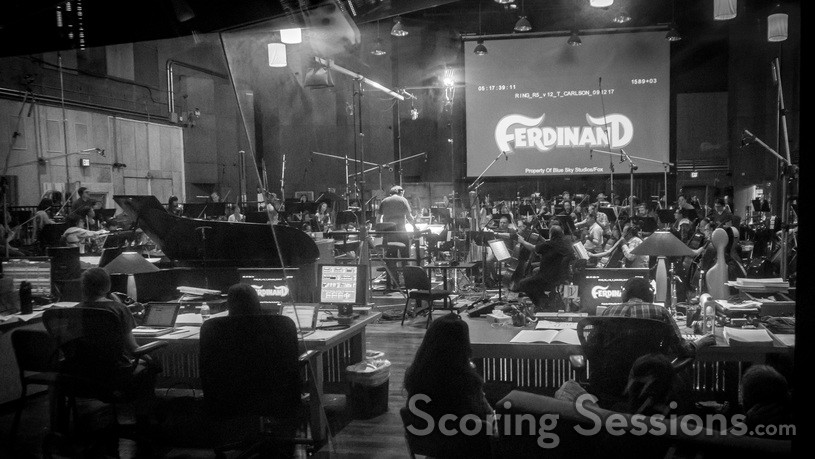 The score album for Ferdinand has been released by La-La Land Records and 5 Cat Studios and is now available.