Composer Jeff Russo recently recorded his score to the season finale of Star Trek: Discovery, using a large ensemble of the Hollywood Studio Symphony. Scoring took place at the Eastwood Scoring Stage at Warner Bros. Studios, and even featured a new recording of the classic Alexander Courage theme – complete with vocal soprano! ScoringSessions.com is thrilled to bring our readers our photos from the session! 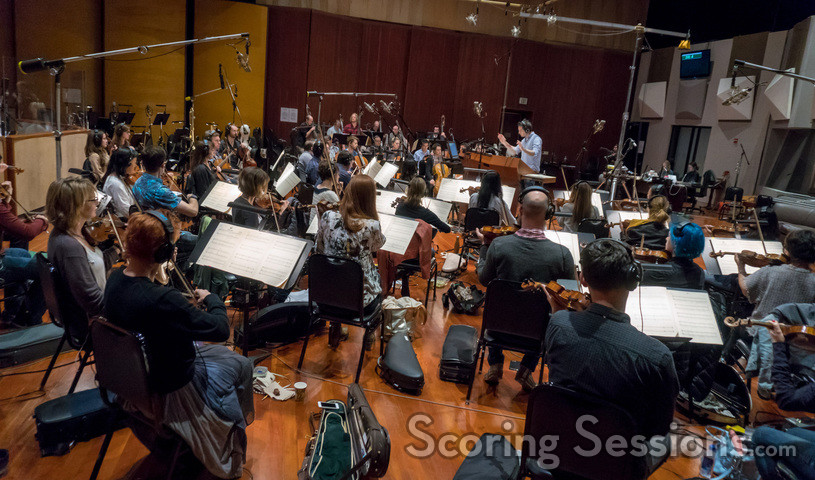 The score for Star Trek: Discovery was conducted by composer Jeff Russo, who started out the session with just strings and woodwinds, and then was joined by brass and percussion for the end titles. 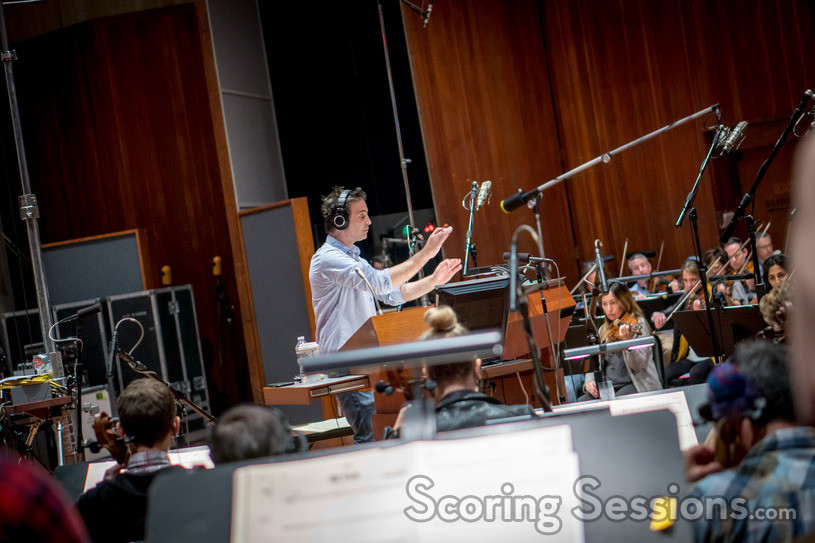 Composer/conductor Jeff Russo records a cue with the orchestra 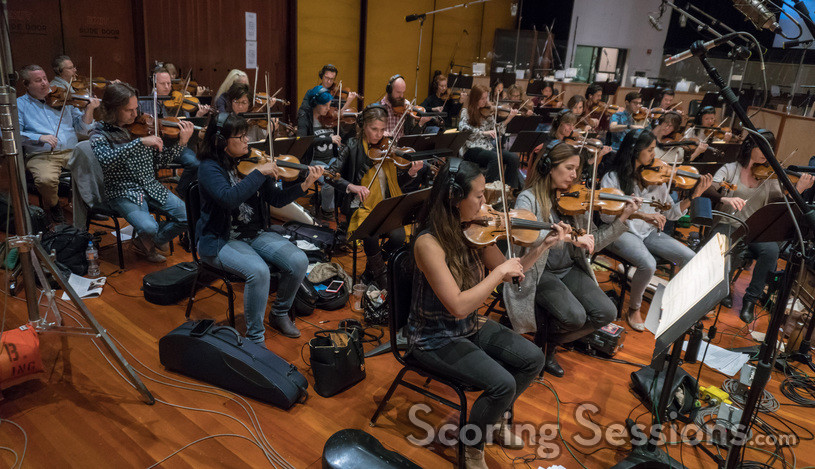 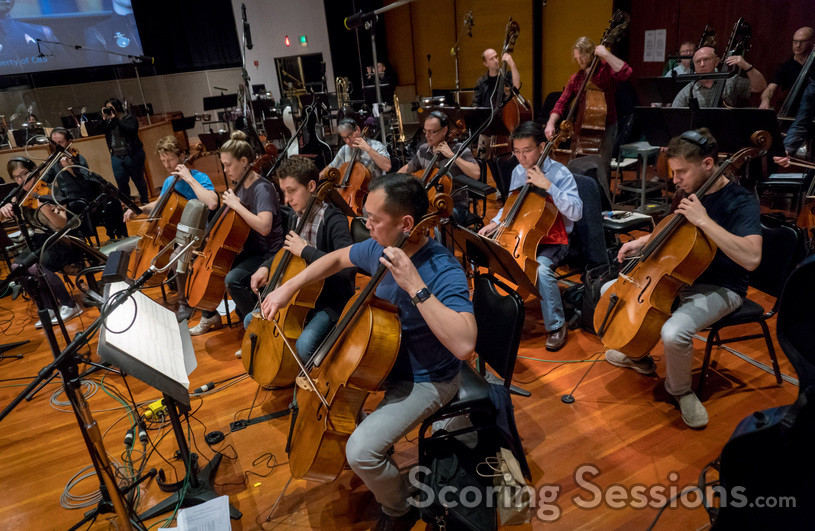 The cello and bass sections on Star Trek: Discovery 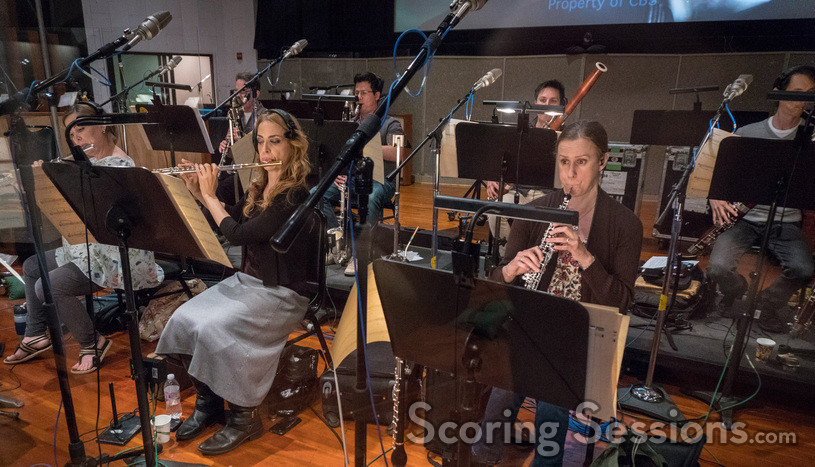 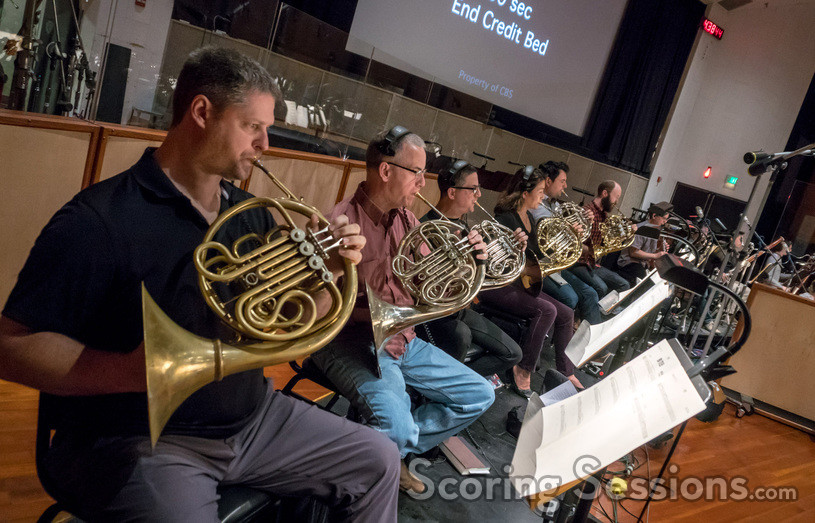 The French horn section perform on the end titles for Star Trek: Discovery 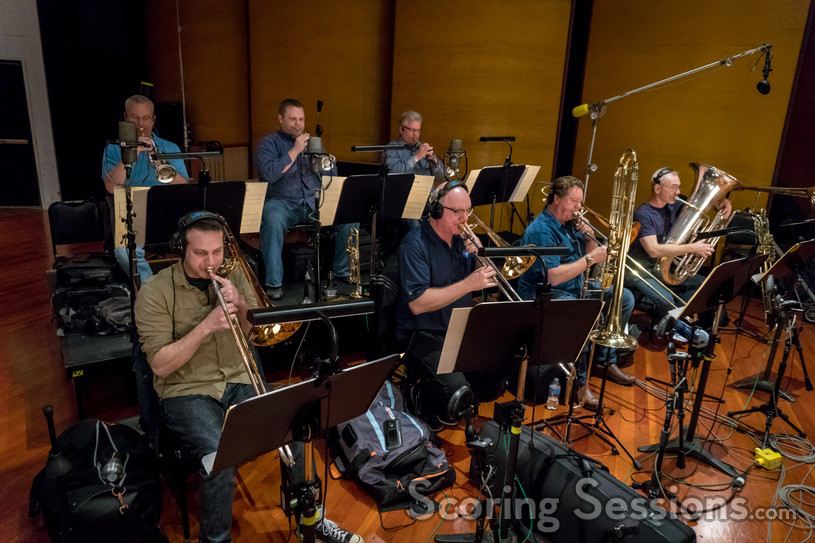 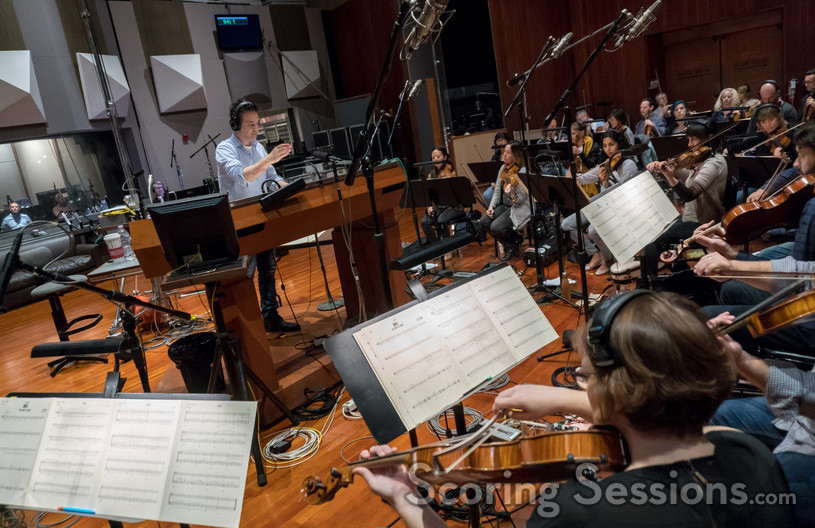 The end titles for the finale is comprised of a new arrangement of Alexander Courage’s classic Star Trek main title, arranged by orchestrator Amie Doherty, and features soprano Ayana Haviv, and percussionists Pete Korpela on bongos and Peter Erskine on drum set. 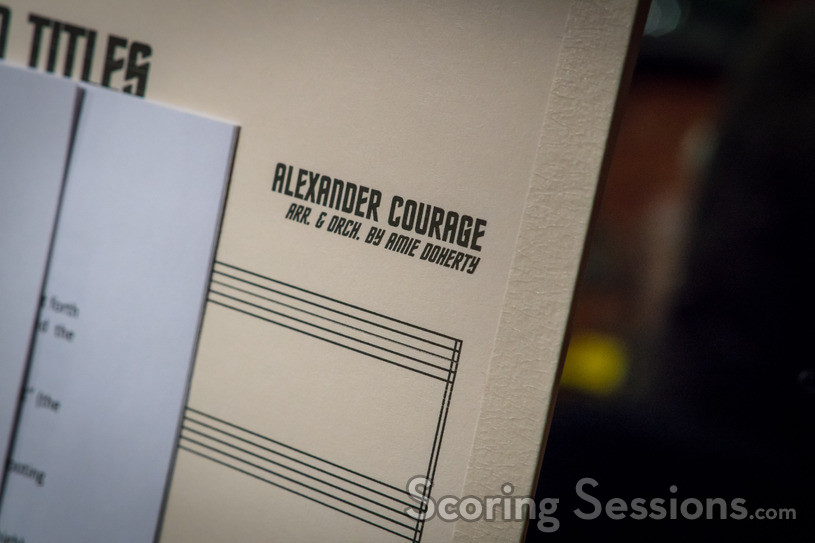 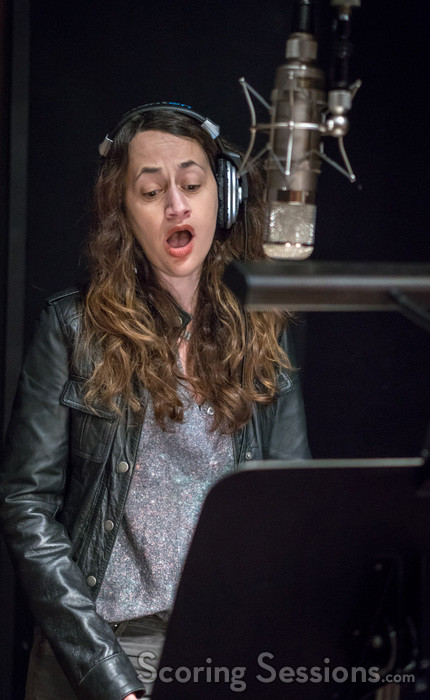 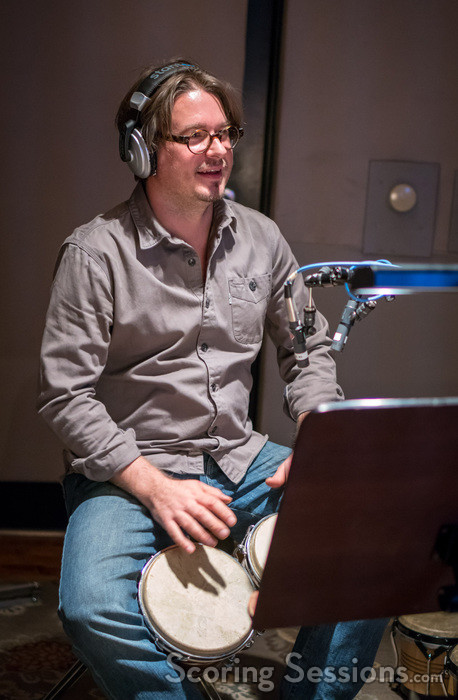 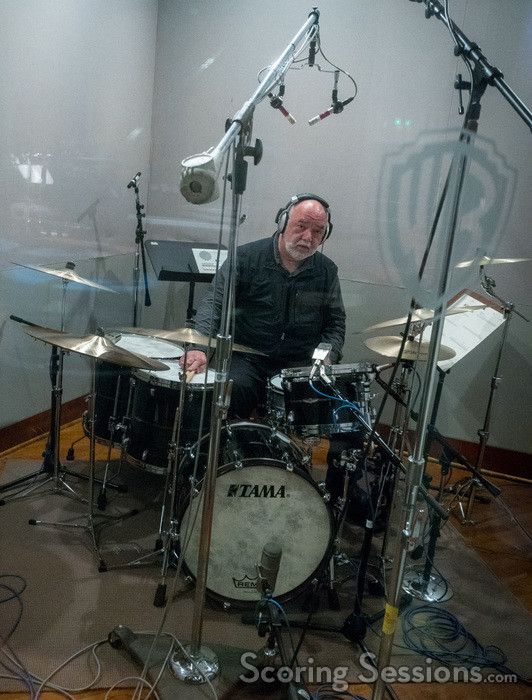 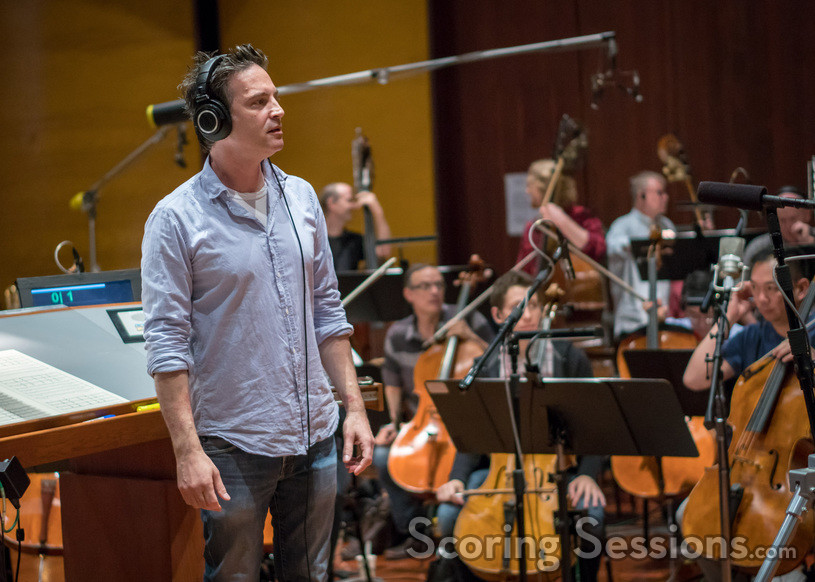 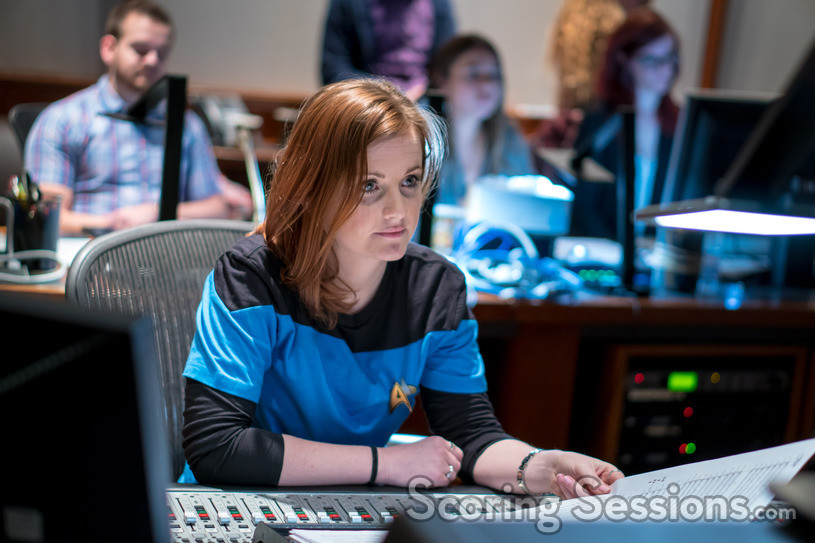 Orchestrator Amie Doherty follows along with the score 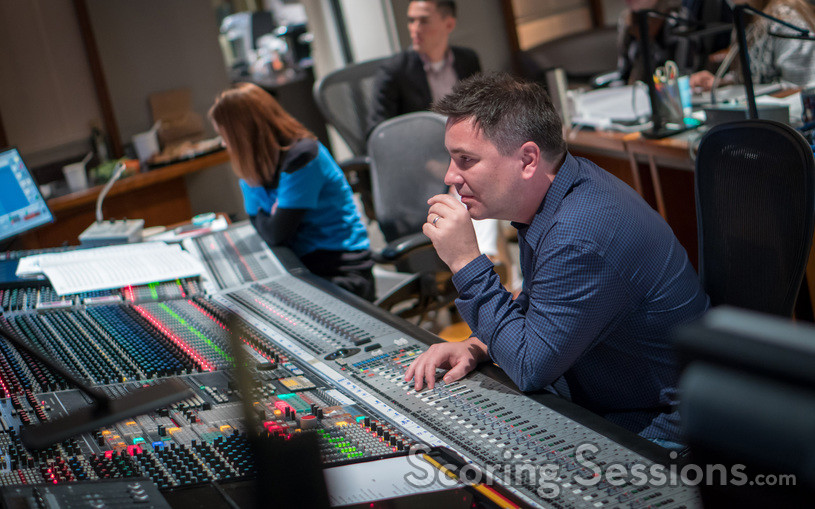 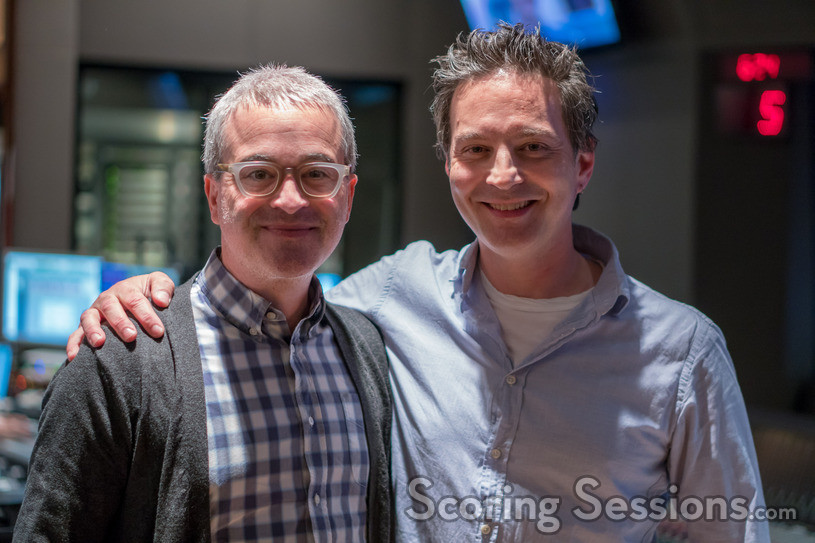 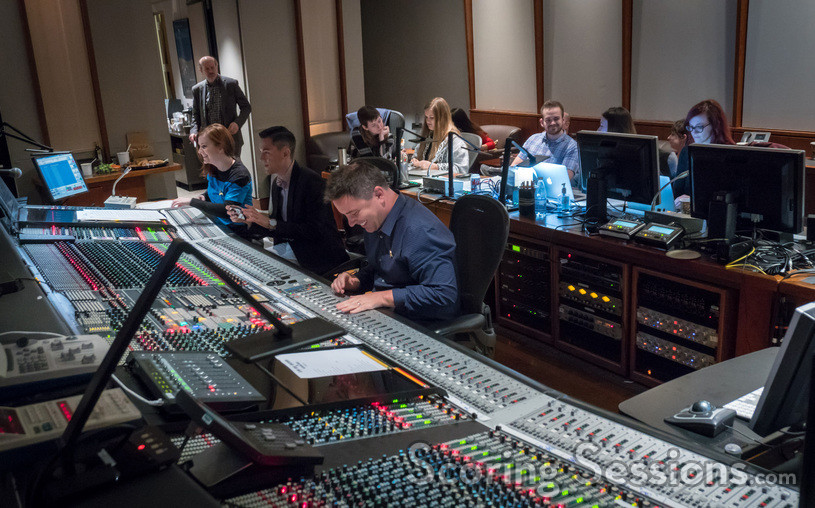 The score album for Star Trek: Discovery is available from Lakeshore Records.