Earlier this spring composer Benjamin Wallfisch recorded his score music for the new sci-fi action film The Darkest Minds, based on the popular novel of the same name. Directed by Jennifer Yuh Nelson (Kung Fu Panda 2 and 3), the movie’s scoring sessions took place at the Newman Scoring Stage at 20th Century Fox, and ScoringSessions.com is delighted to bring our readers exclusive photos from the session! 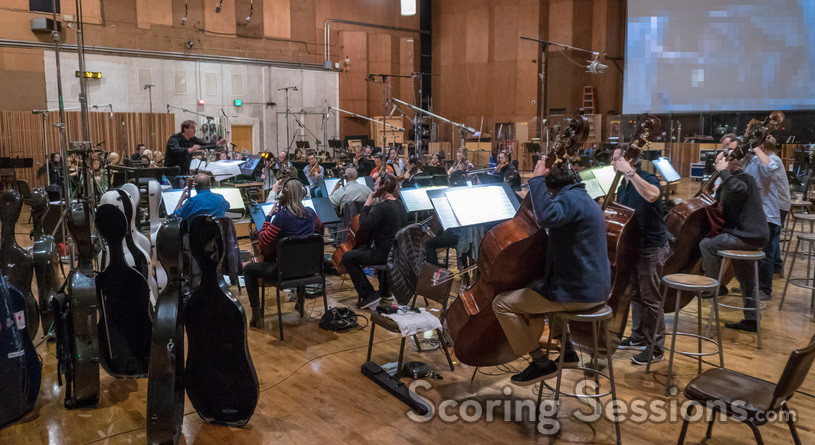 Conducted by Tim Williams, the score for The Darkest Minds was recorded with a 72-piece ensemble of the Hollywood Studio Symphony. Strings were recorded separately from the brass, and mixed together. 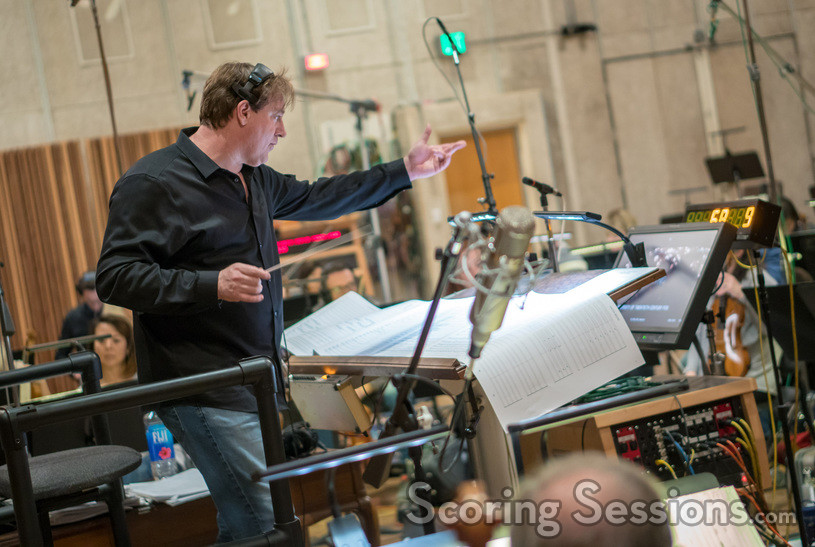 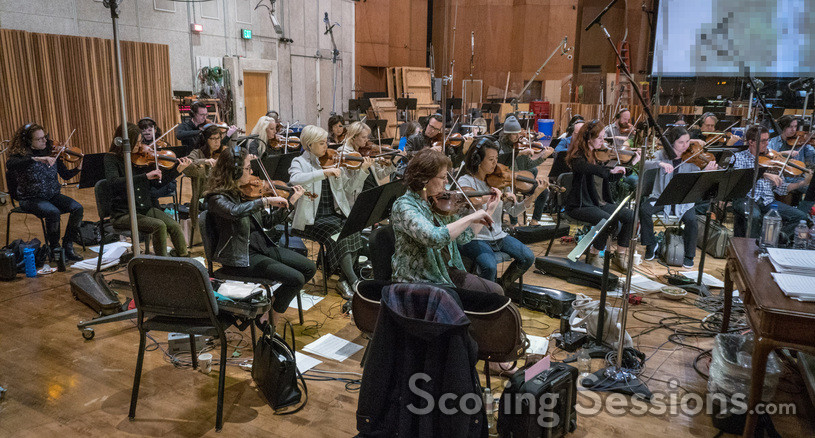 The violins perform on The Darkest Minds 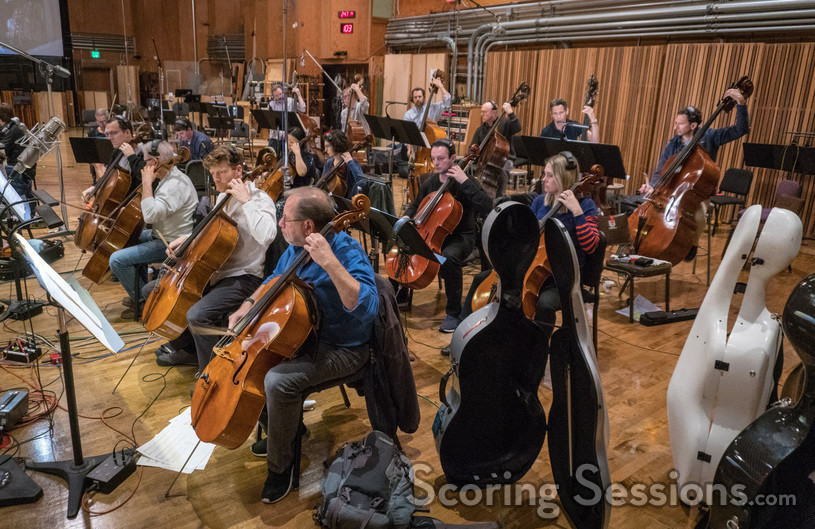 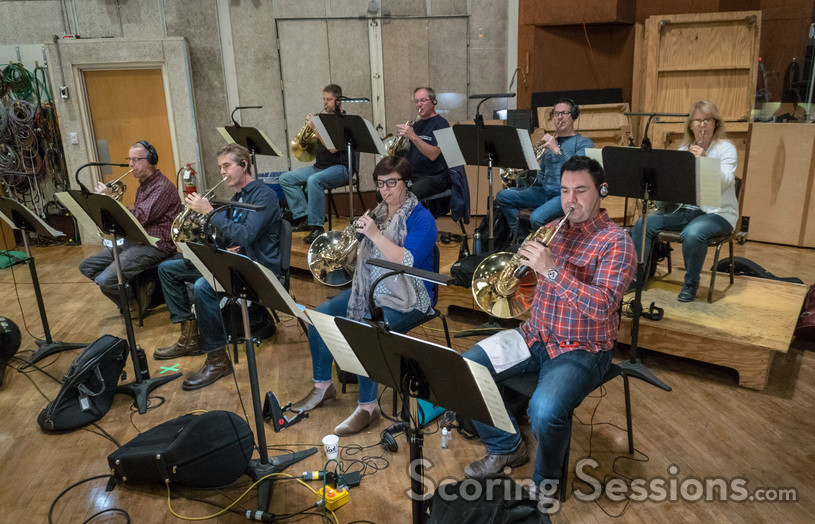 The French horns perform on The Darkest Minds 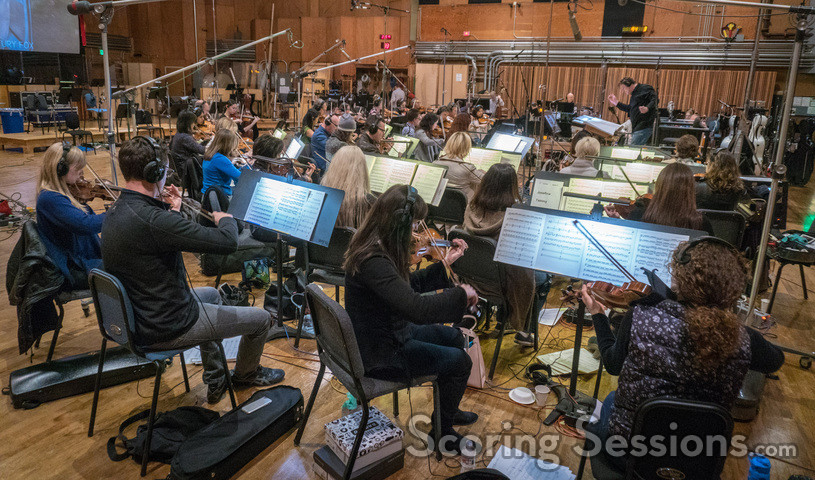 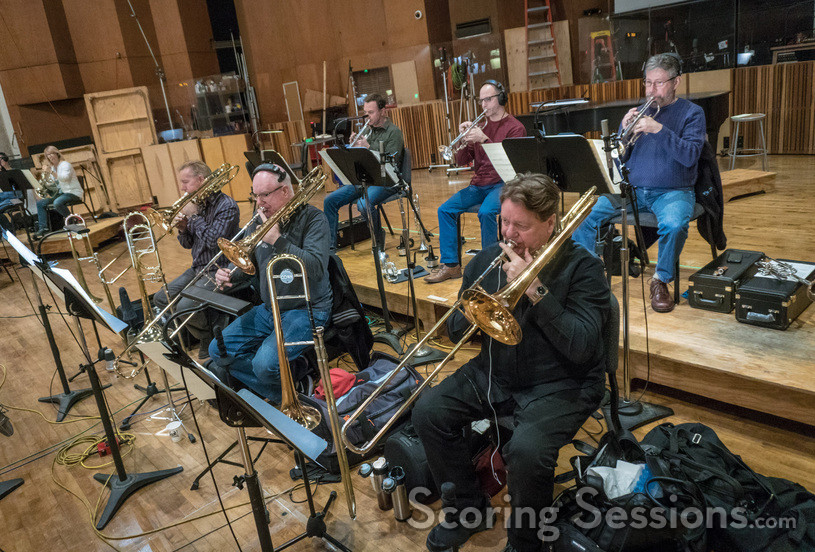 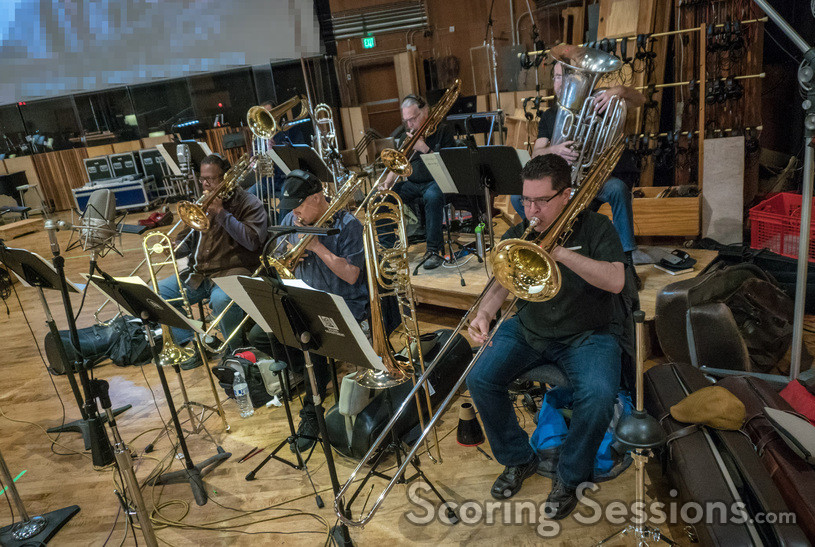 The low brass ensemble for The Darkest Minds 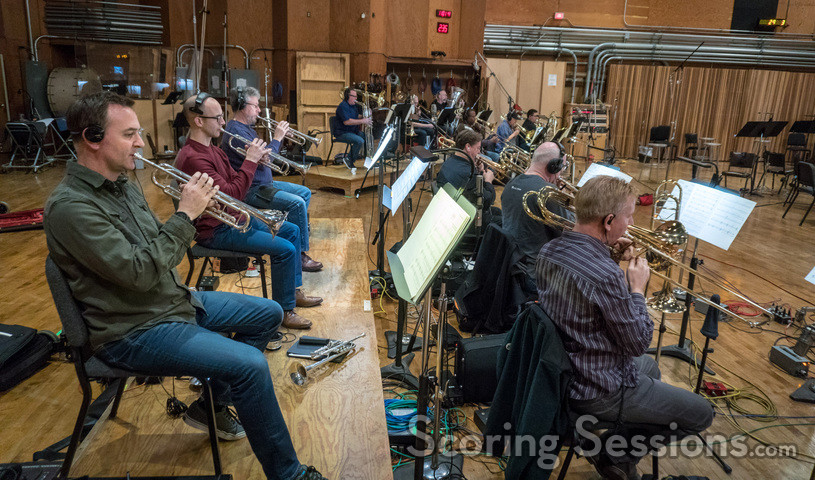 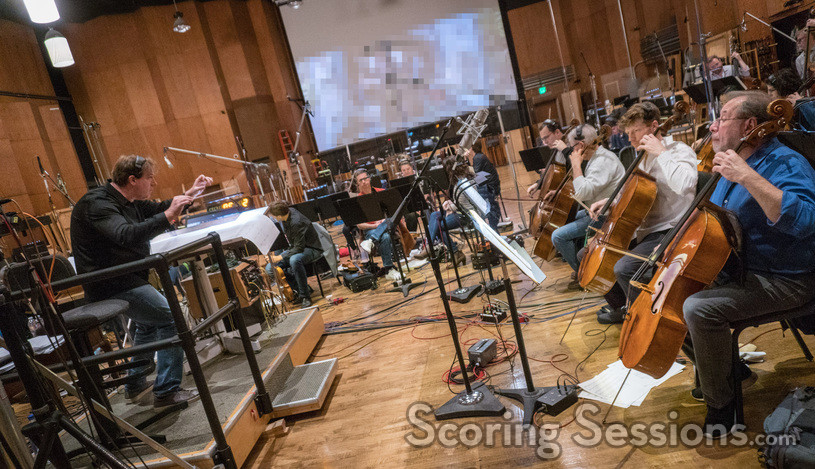 In the control room, composer Benjamin Wallfisch was joined by scoring mixer Joel Iwataki, who made sure everything sounded spot-on. 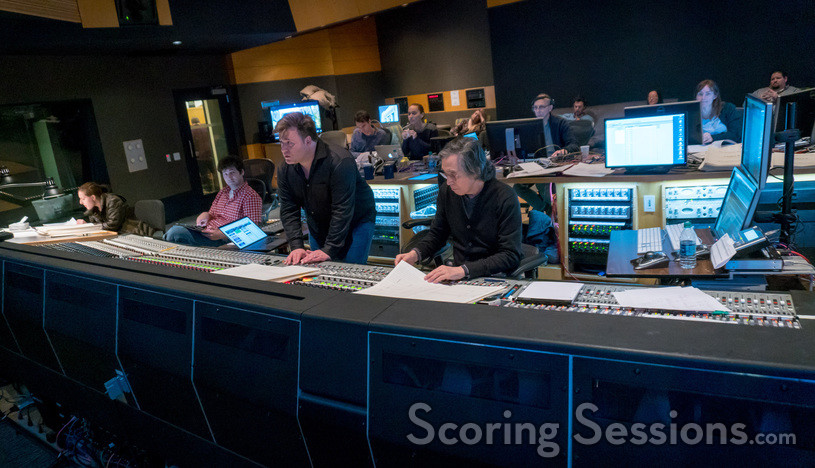 The control room during scoring for The Darkest Minds

Wallfisch was joined by lead orchestrator David Krystal, tech assistant Sara Barone, music editors Amanda Goodpaster and Nate Underkuffler, ProTools recordist Vinny Cirilli, and score recording assistant Alice Wood. Director Jennifer Yuh Nelson was also at the session, and spent some time out on the stage enjoying the experience of watching some of the best musicians in the world hard at work for her film. 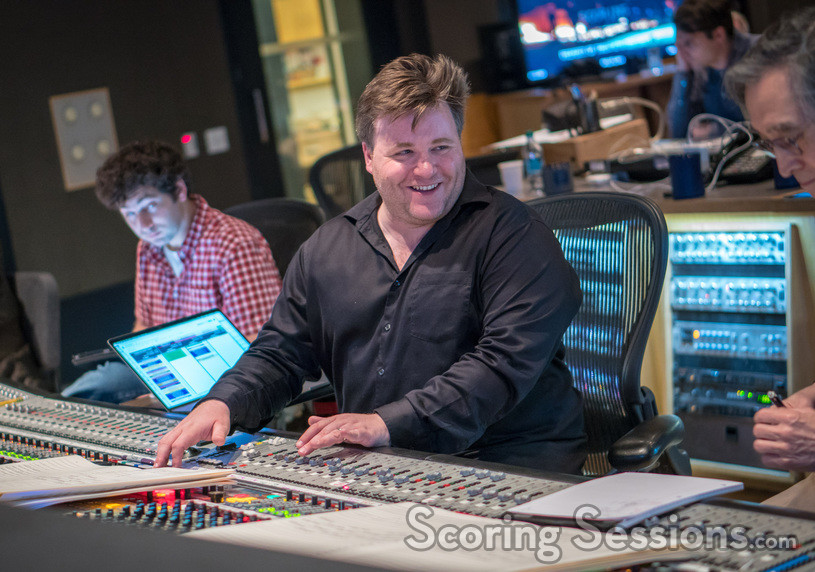 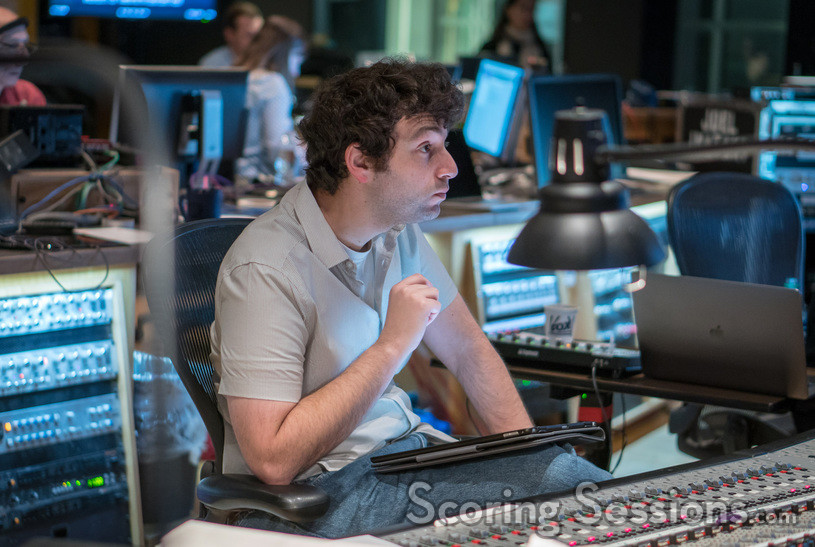 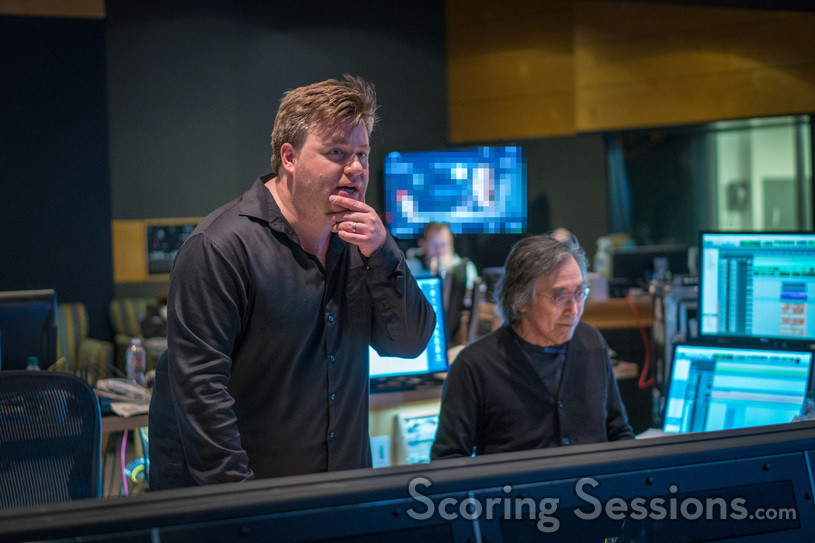 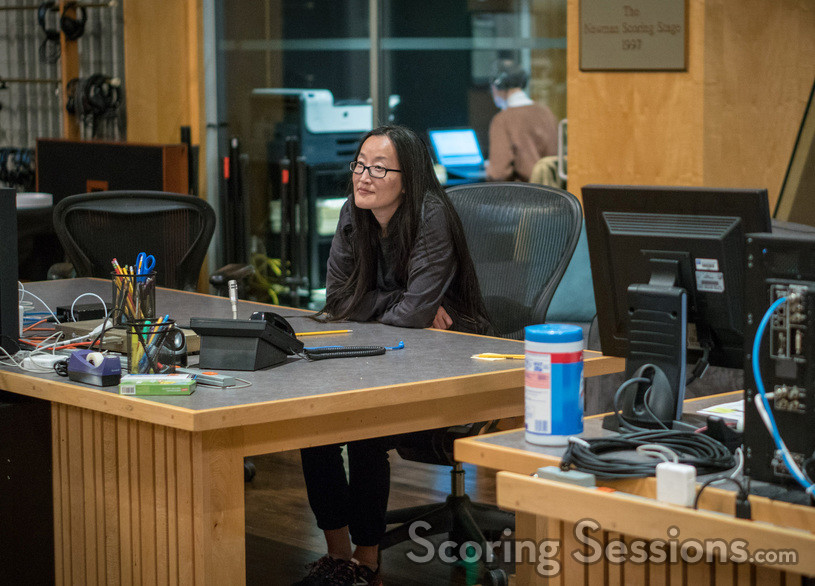 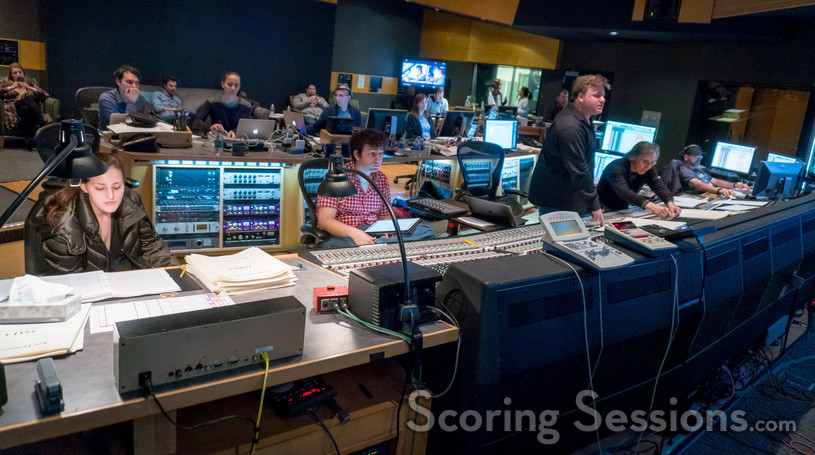 The Darkest Minds is now in theaters, and a soundtrack album is coming from Milan Records.