This past fall, Rupert Gregson-Williams recorded his score to the new DC superhero origin film, Aquaman. Directed by James Wan, the score was performed by an 80-piece orchestra and ScoringSessions.com is thrilled to bring our readers exclusive photos from the pick-up session we attended at Warner Bros. Studios! 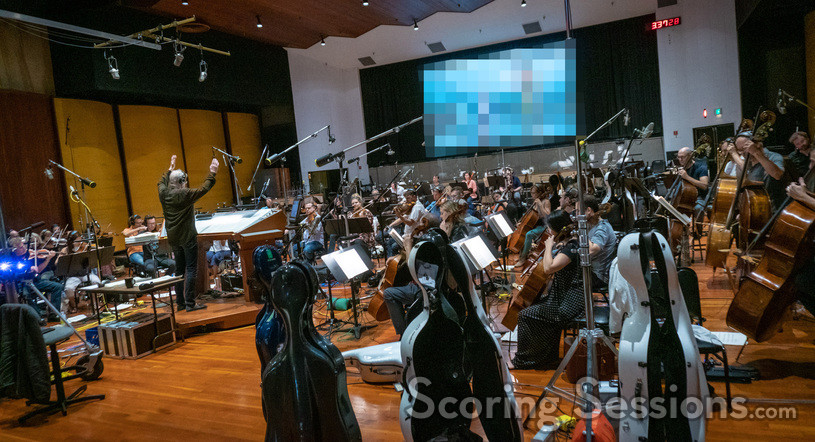 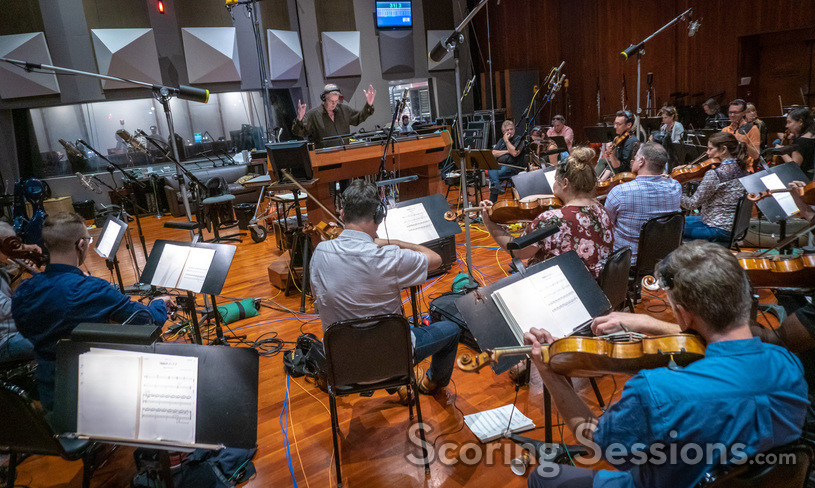 Conductor Nick Glennie-Smith and the orchestra perform a cue
At the session we attended, which was one of the final pick-up dates for the score, Nick Glennie-Smith handled the conducting duties, leading 80 musicians. Strings and woodwinds were recorded first, and then brass in the evening. 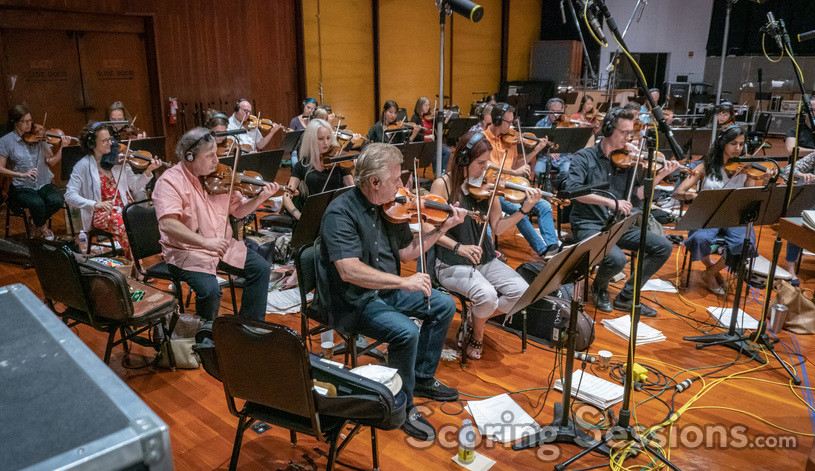 The violin section records a cue 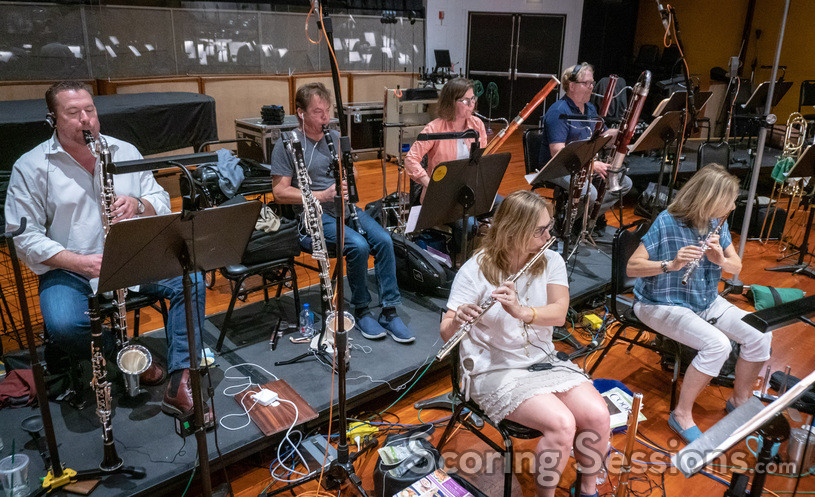 The woodwind section on Aquaman 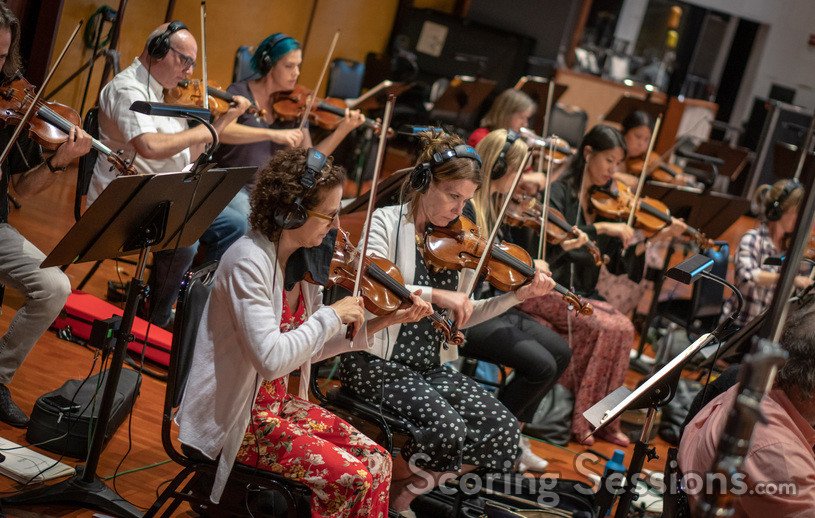 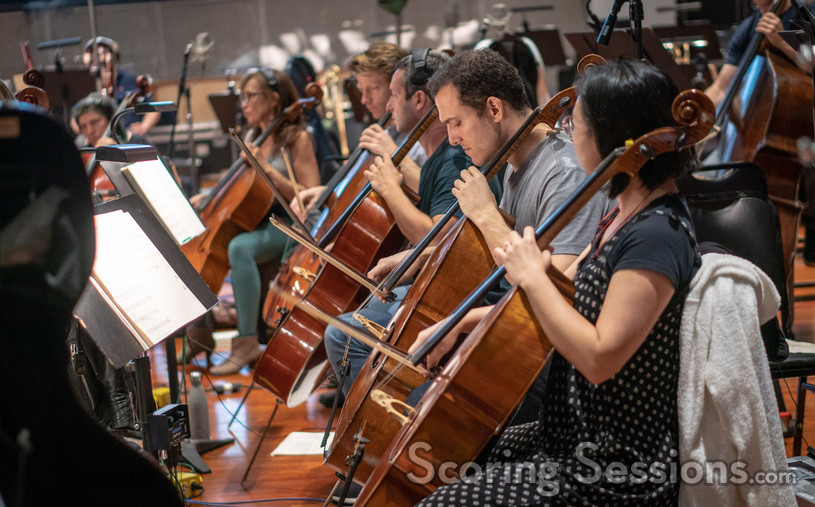 The cello section performs on Aquaman 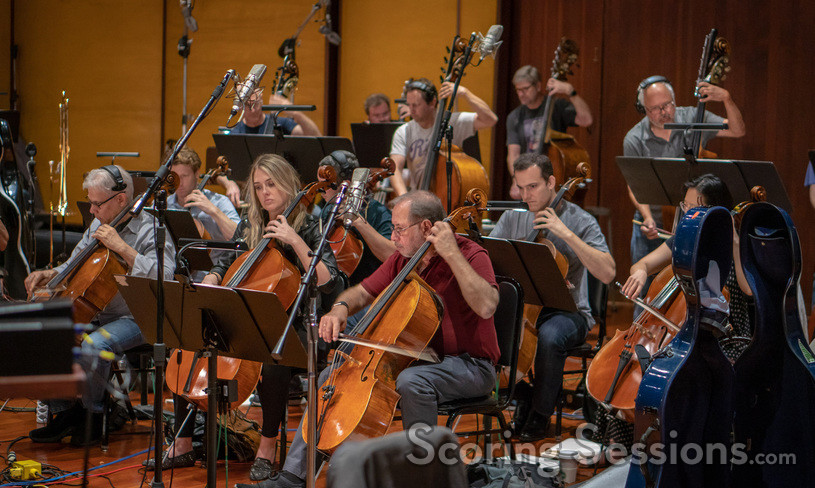 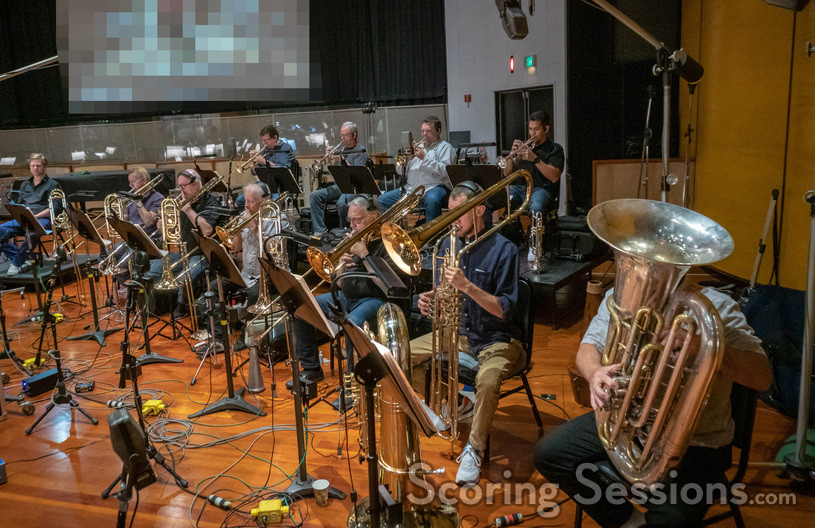 The brass section performs on Aquaman 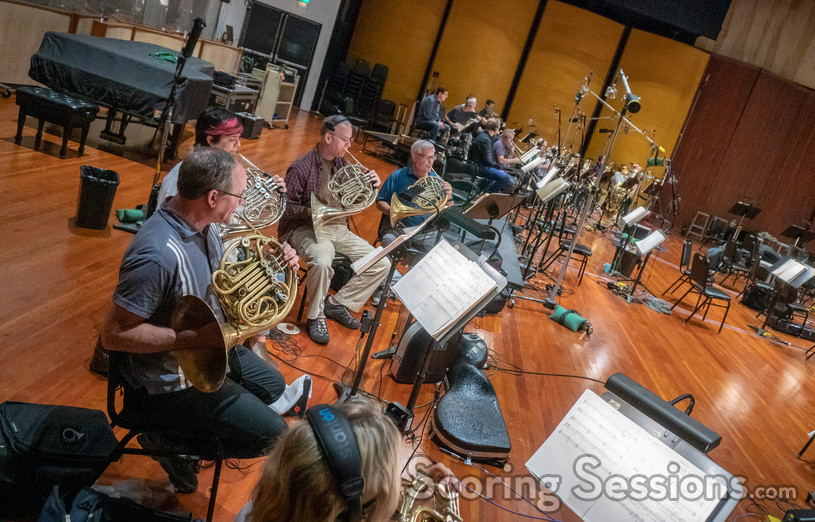 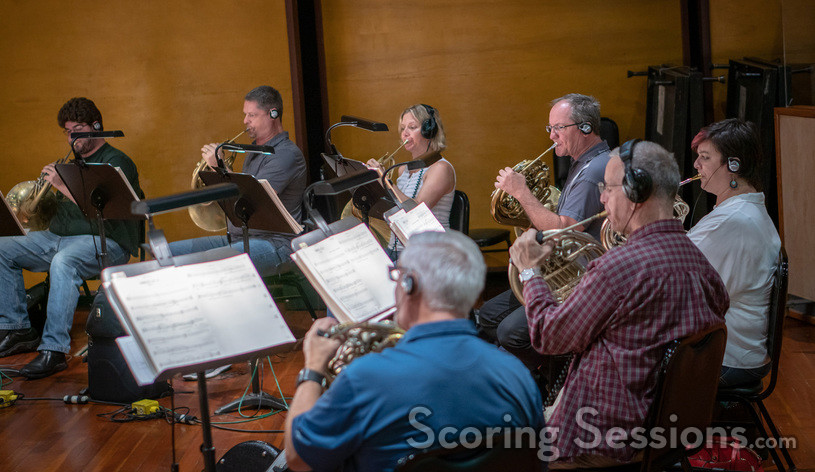 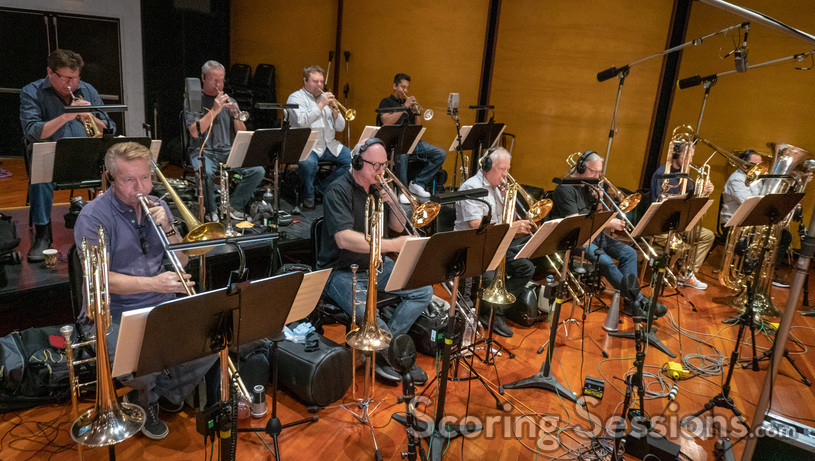 The brass record a cue 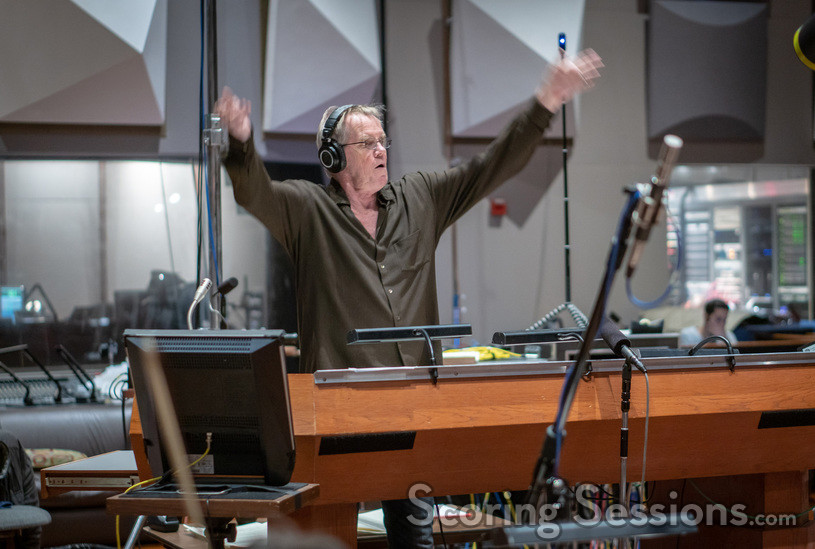 Conductor Nick Glennie-Smith cues the orchestra
Inside the booth, composer Rupert Gregson-Williams was joined by technical score engineer Forest Christenson, scoring mixer Jason LaRocca, music editor J.J. George, and ProTools recordist Kevin Globerman. (As this was a pick-up date, orchestrator Alastair King, who conducted the main round of sessions, was back in the UK, and scoring mixer Alan Meyerson was busy mixing the score for the dub, and not at this session.) 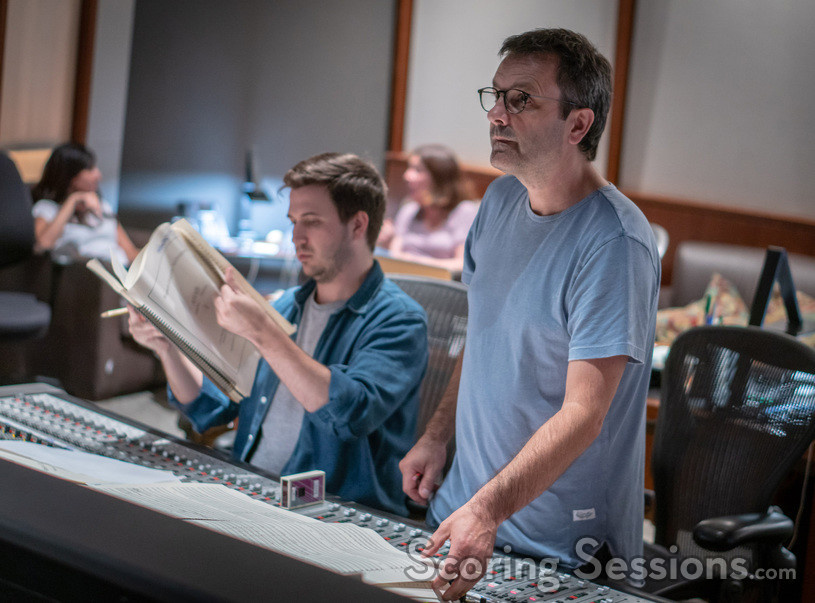 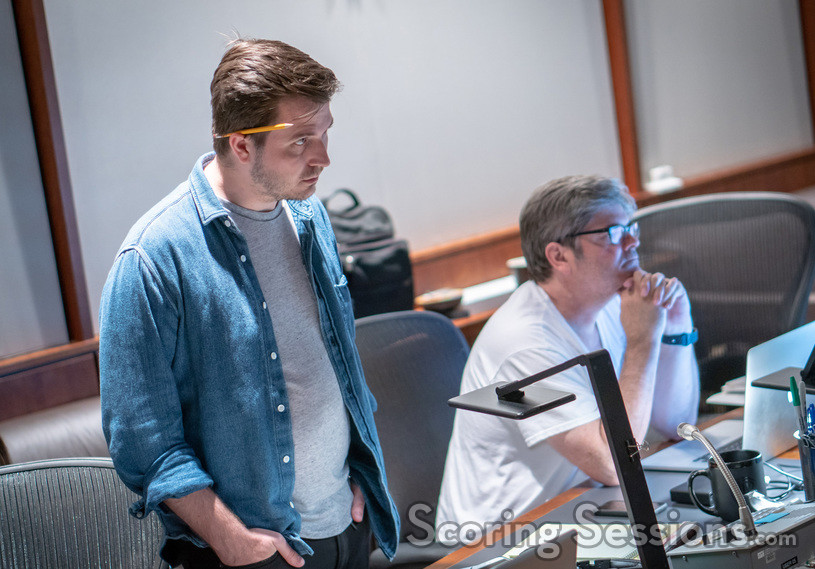 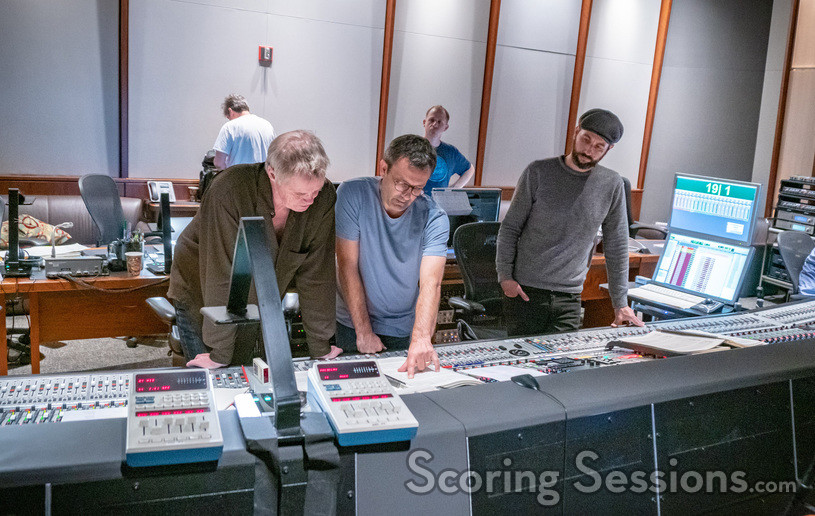 Conductor Nick Glennie-Smith, composer Rupert Gregson-Williams, and scoring mixer Jason La Rocca
Aquaman is now playing in theaters worldwide, and has grossed over $600 million since it was released. A soundtrack album featuring Gregson-Williams’ score is available from WaterTower Music.