Posted on November 8, 2019 by Dan Goldwasser

Over the last year, composer David Newman has been busy scoring the new Netflix and Warner Bros. Animation animated television series, Green Eggs and Ham. Based on the Dr. Seuss book of the same name, the show features the vocal talents of Adam Devine, Michael Douglas, Diane Keaton, Ilana Glazer and more. Each episode featured at least a 70-piece orchestra. All of the episodes were recorded at the Eastwood Scoring Stage at Warner Bros., and ScoringSessions.com is thrilled to bring our readers exclusive photos from the season finale scoring session that took place at the Newman Scoring Stage at Fox Studios! 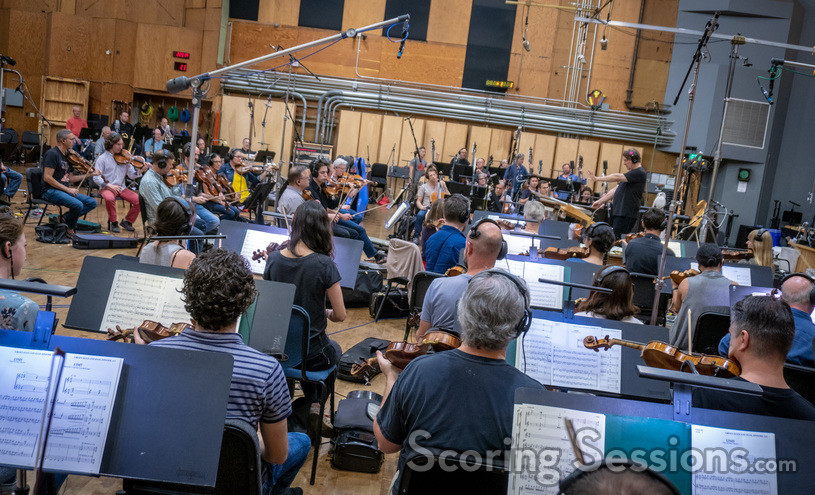 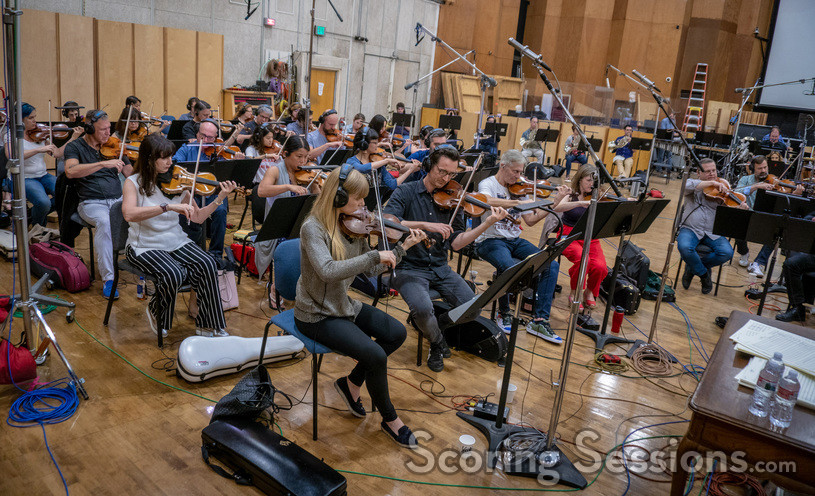 The violins perform on Green Eggs and Ham 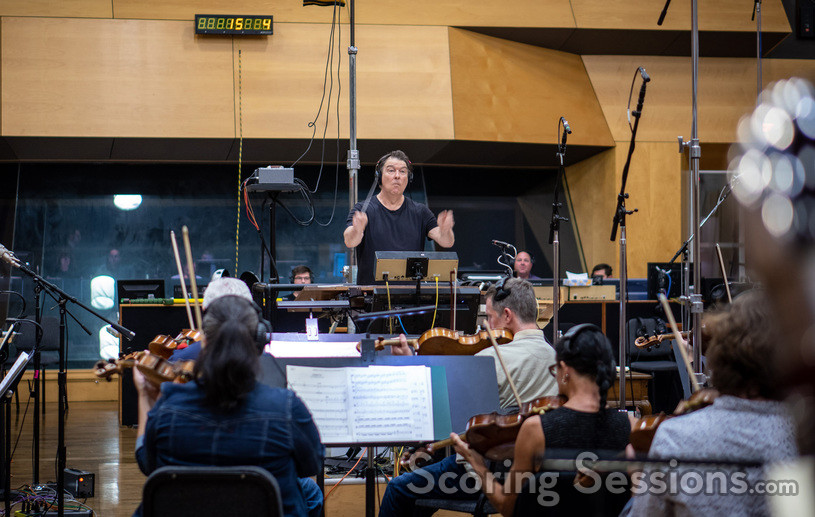 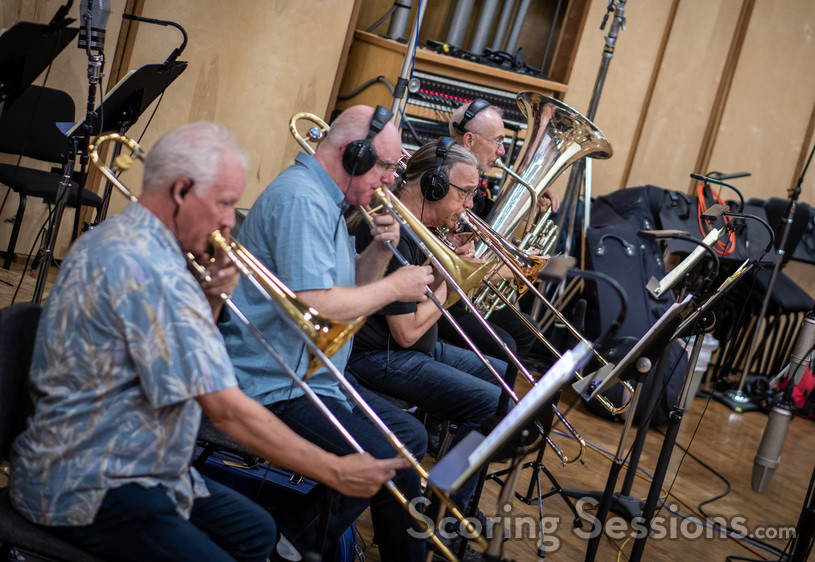 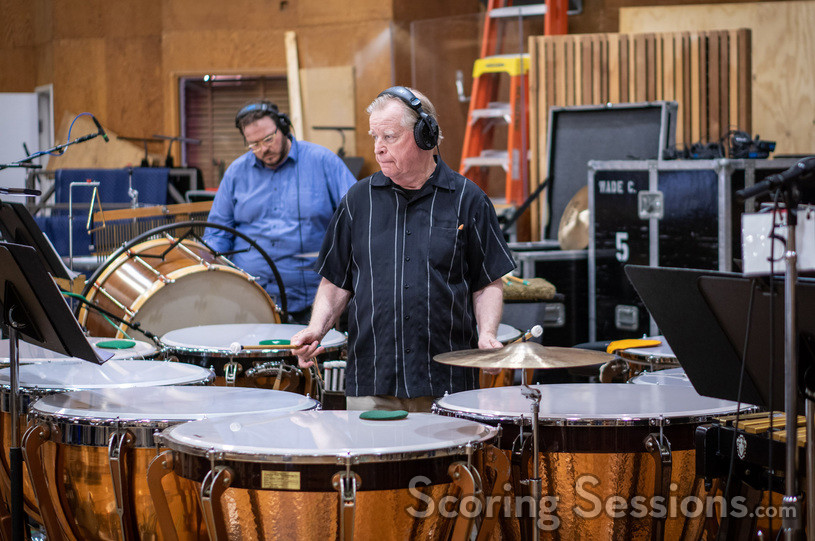 The season finale’s scoring session featured a 79-piece ensemble of the Hollywood Studio Symphony, with Newman out on the stage conducting. 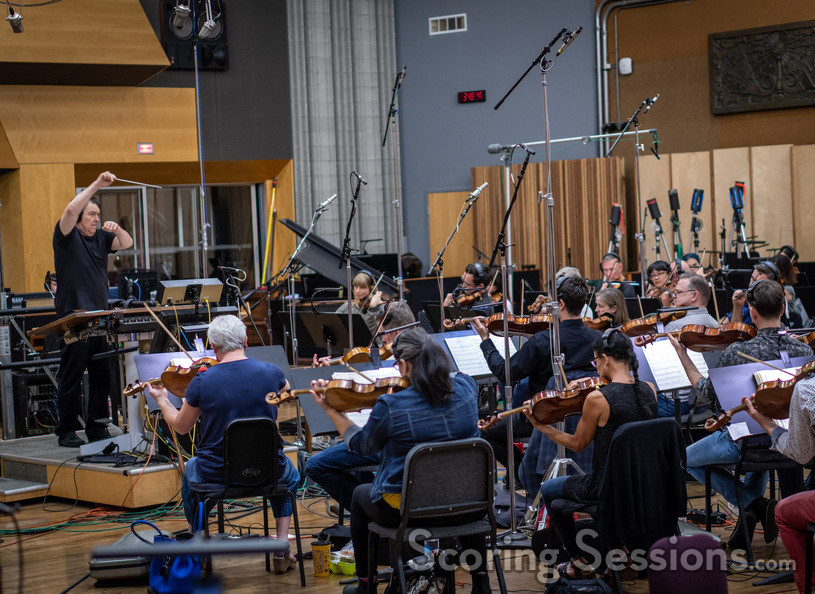 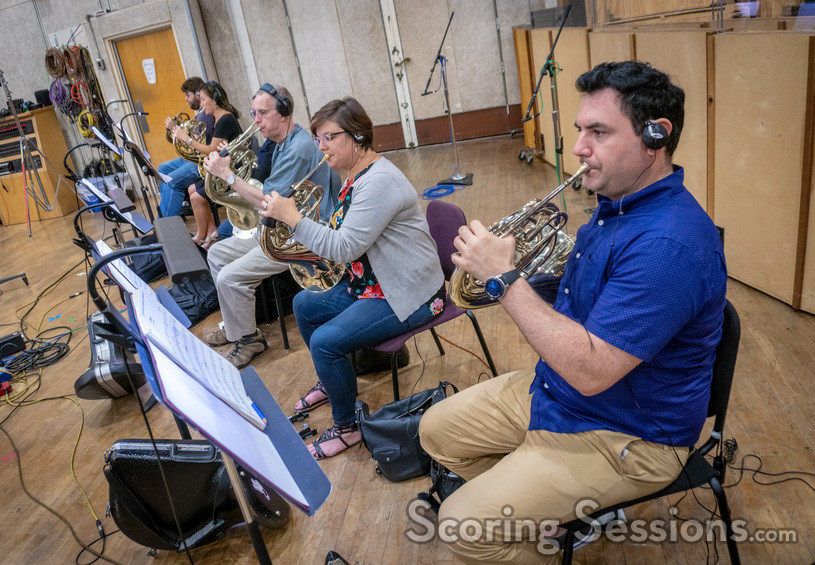 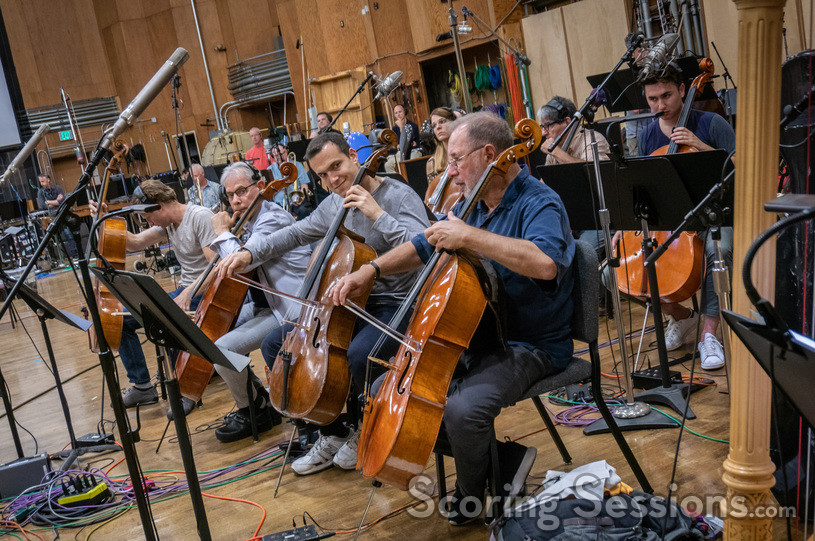 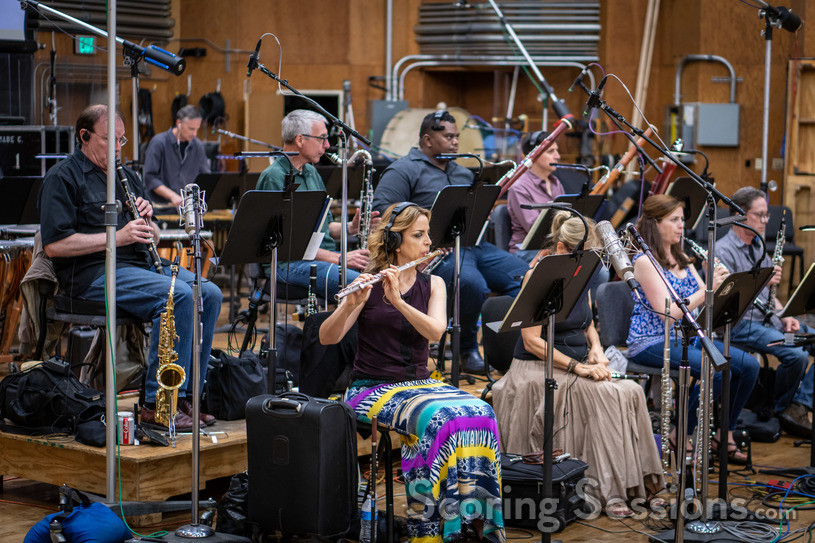 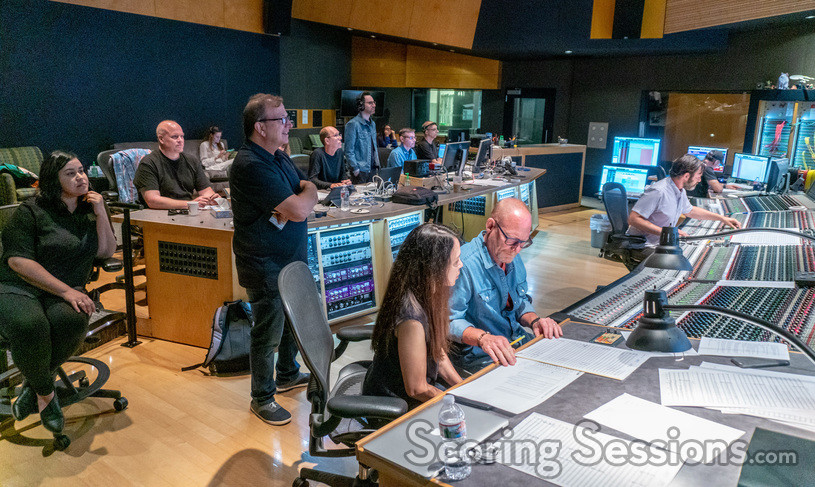 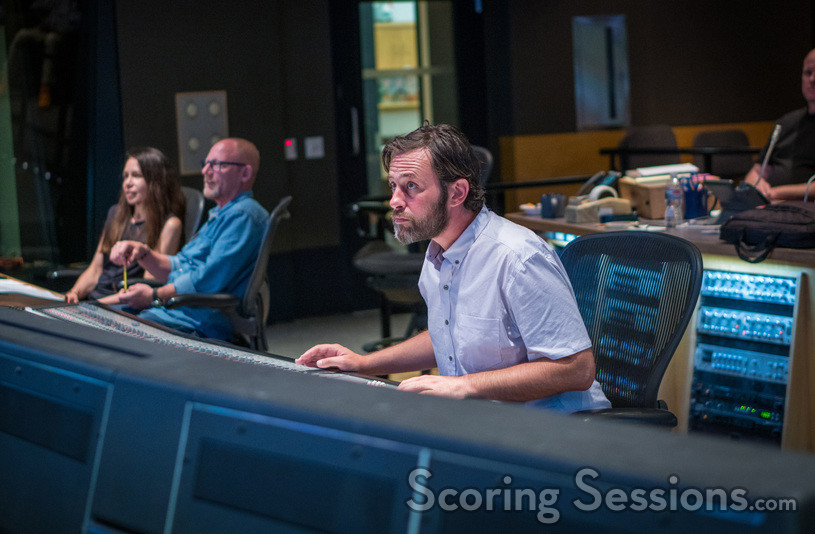 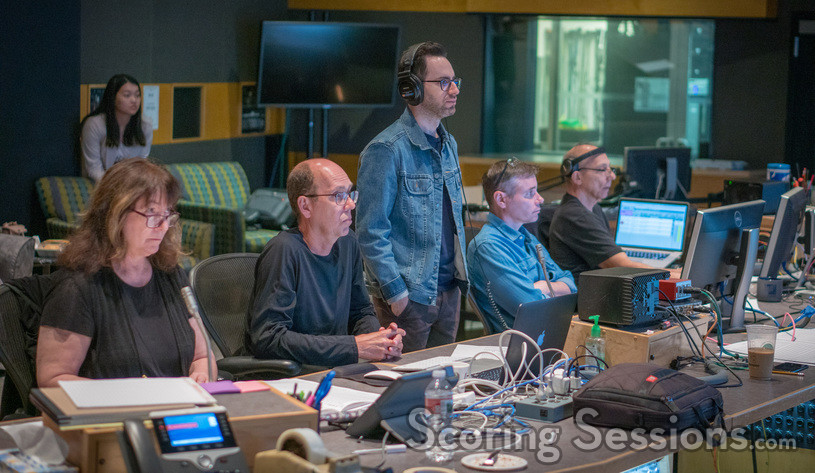 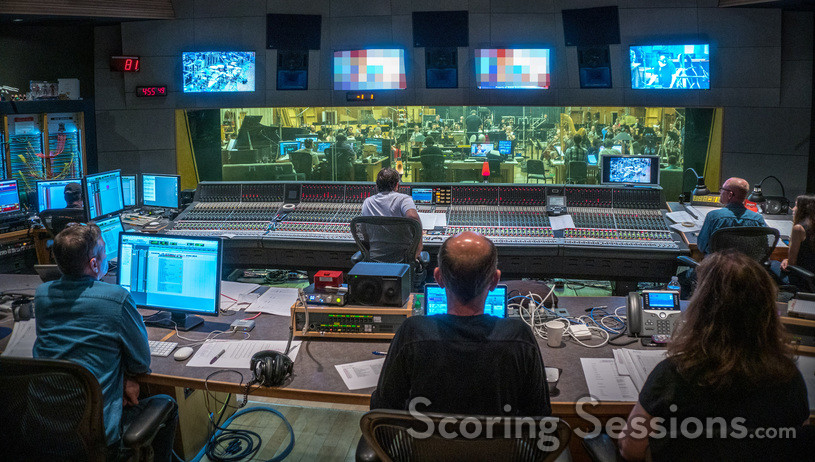 The view from the booth at the Newman Scoring Stage 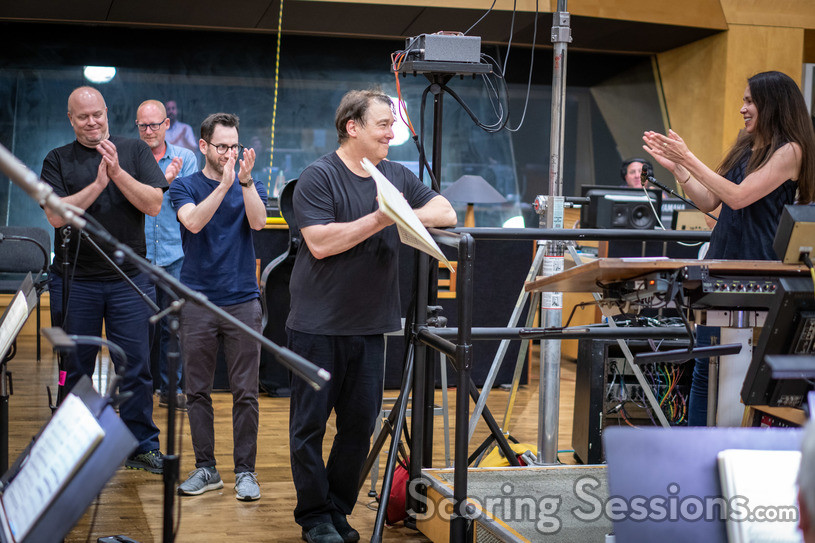 All episodes of the first season to Green Eggs and Ham are now streaming on Netflix.